The origin of Covid-19 still remains a mystery that may never be solved. Was it the result of a spillover from animals to humans, or the result of a lab leak? The idea that the SARS-CoV-2 virus could have accidentally escaped from the Wuhan Institute of Virology in China has been widely condemned as a conspiracy theory fuelled by anti-Chinese sentiment.

But some people insist lab leak is a plausible theory, and one of them is Canadian molecular biologist Dr Alina Chan. She's a gene-therapy specialist at the Broad Institute of MIT at Harvard, and has co-authored a book with popular science writer Matt Ridley, Viral: The Search for the Origin of Covid-19. 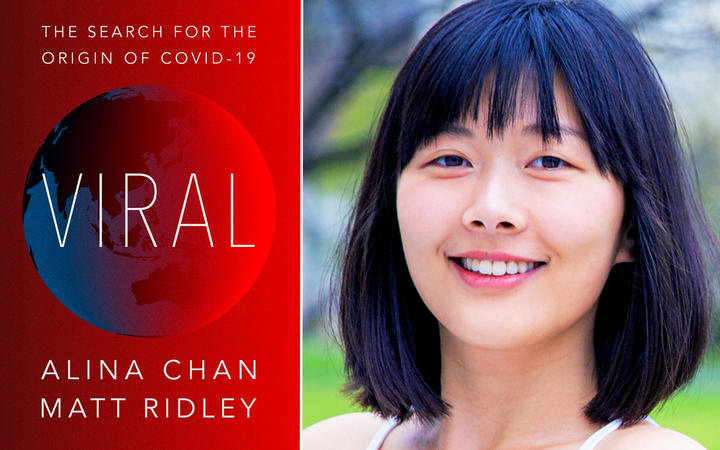 The book opens with an incident in 2012 when six men were hospitalised after working in a bat-infested copper mine in southwestern China’s Yunnan province, three of whom died.

Chan says that, after the first SARS outbreak in 2003, there were groups of scientists tasked with finding SARS like illnesses and their focus had been on bats. When they heard about the mining incident, they rushed to the scene.

“They went to the mine where the miners had been working and collected hundreds of thousands of samples and, between 2012 and 2015, isolated nine SARS2-like viruses in this mine where people had become sick with a Covid-19-like illness.”

Although they never established what virus the miners had caught, they were able to sequence the genetic code of the samples they had found in the Wuhan lab between 2016 and 2018.

“When SARS-CoV-2 emerged in Wuhan in late-2019, these were the nine closest relatives to that virus.”

Chan says both theories about the origins of Covid-19, the lab leak or natural occurrence, are still plausible and very much on the table.

“There is a great deal of circumstantial evidence for each origin. We know there was an early outbreak at a seafood market in Wuhan and there had been some wild animals capable of carrying Covid-19 at that market, although none of them to date have shown signs of SARS2 infection.

“On the other hand, there’s a lab in the middle of the city – of all the cities in the world – and this lab collects tens of thousands of samples from animals and humans across eight countries looking for novel SARS-like viruses.”

She argues both hypotheses deserve a credible and thorough investigation and stresses she is not alleging malfeasance. She says, if the lab leak theory were true, it would have been a mistake.

Nonetheless, the lab leak theory has been a contentious and controversial issue from very early on. A month after the release of the Covid-19 genomic code, the head of EcoHealth Alliance – a long time collaborator and funder of the Wuhan lab – Peter Daszak published an open letter in The Lancet signed by dozens of prominent scientists stating that the lab leak hypothesis was a conspiracy theory and should be denounced by scientists.

“In order to predict novel pathogens that could cause pandemics, they had been hunting for viruses all south China and southeast Asia and brought thousands of samples back to Wuhan city to study.

“Imagine if Covid-19 had emerged from a virus taken back to that lab, it would be a disaster, it would be terrible for their reputation, for their funding and for their legacy. The fact that someone with such an incentive to make sure was from wildlife and not research activity, for him to come out and organise a letter signed by many prominent scientists saying that anyone who said that the virus didn’t come from nature was a conspiracy theorist – that had a chilling effect on scientific discourse.”

That letter did not disclose any conflict of interest but, after pushback from the scientific community, a second letter was published in The Lancet in July this year. This time their conflicts of interest span around half a page.

“It went on and on disclosing all these interests that he suddenly realised that he had.” 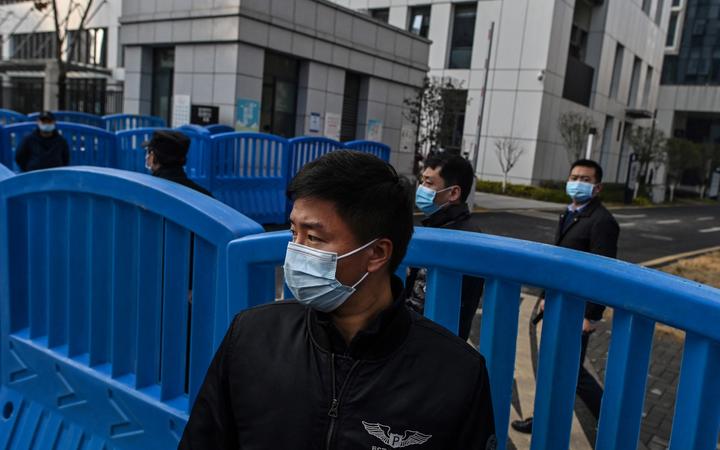 Security guards look on as WHO officers investigate the Wuhan lab. Photo: AFP

One thing that alarmed Chan about Covid-19 in the early days was its stability. She says the first SARS virus adapted very regularly as it became accustomed to human hosts and got better and better at it, while Covid-19 has only mutated once, suggesting it was fully ready for humans.

“We’re missing that part where it was learning how to get good at causing a human pandemic. Maybe it had circulated in humans for months without us knowing or it’s possible it had been experimented with in the lab and exposed to human-like cells or animals and then escaped.”

Based on that, Chan wrote a paper which argued the plausibility of a lab leak scenario but it wasn’t peer reviewed or accepted by an academic journal.

“No one was willing to give us peer review. I wondered why they didn’t even want to consider our manuscript but now, looking back on it, I see it as a form of gatekeeping. They didn’t want to have scientists suggesting that this virus might have accidentally leaked from a lab.”

Instead, she decided to publish the paper on Twitter which caused a big stir.

“I didn’t know it would be inflammatory. A lot of scientist friends had told me that, to get people aware of your work you should put it on Twitter, there’s a really active scientific community on Twitter. Twitter has become a fairly legitimate form of scientific exchange and communication to the public.”

Unfortunately, partisan divide on the issue meant that some people took her lab leak theory and ran with it.

“Journalists got really excited about it and zoomed in on it and it really exploded and they made it pretty political. I understand why that happened now, but I was too shocked at the time because I didn’t want politics to stop me from writing about scientific questions.”

Chan says it’s a misconception that information is unavailable because it’s kept under lock and key in China. Most the information necessary to confirm or deny whether Covid-19 came about as a result of a lab leak is already in the United States but, apart from a couple leaks and a Freedom of Information Act (FOIA) request, very little of it has come out.

The FOIA request, from The Intercept, revealed that EcoHealth Alliance had been applied for a grant for risky research, such as inserting human-specific cleavage sites into SARS-related bat coronaviruses. Although the grant was rejected, Chan says that doesn’t mean they hadn’t already conducted the research.

“This collaboration among EcoHealth scientists and the ones in Wuhan, along with other collaborators in Asia and the US were extremely highly funded. Hundreds of millions of dollars over the years. And the way that scientists write applications, it’s not that you’re always imagining things you’ve never done before. Actually, a lot of applications are written based on things you’ve already started upon.

“It’s not a wrong thing to do, many labs do this. You need to draw from multiple sources of funding to fund a big project. For us right now, the question should be, what other applications were sought by EcoHealth Alliance. We should take a look at them first and then make the judgement afterwards.”

Chan believes that risky scientific research needs to be disclosed to wider stakeholders and not just other scientists and those who administer grants. She says elements of the public need to have a say in whether, for example, experiments that create deadly pathogens go ahead.

“We’ve talked to a lot of people who want to talk to scientists and, by stonewalling them and saying people will never understand, by assuming what’s best for people to know, I think that actually increases distrust, it increases the perception that scientists aren’t willing to tell the truth.”

Chinese authorities have cast the lab leak theory and its proponents as being racist or having anti-Chinese sentiment. They’ve had a harder time dealing with Chan who has Chinese heritage.

“They’ve settled on calling me a race traitor. I find this extremely problematic because there are so many labs now working with these high-risk pathogens that accidents are bound to happen no matter which country it happens in. It cannot happen that, if a lab accident happens in an Asian country, we cannot investigate but, if it happens in a white country we can investigate.

“In my opinion, that is racist. We should be addressing this objectively no matter which country it happens in. We need to be able to go in and investigate.”