Tu Neill: presenting a window into a Japanese whaling village

Ayukawa is a remote village that sits on the southern tip of the Oshika Peninsula in northeastern Japan. Once a prominent whaling town, the decline in demand for whale meat coupled with the devastating impact of the 2011 earthquake and tsunami has seen work dry up and the town's population steadily decline.

Five years in the making, Ayukawa: The Weight of a Life was co-directed by London-based filmmaker Tu Rapana Neill and his former tutor Jim Speers from Elam School of Fine Arts. Taking neither an anti-whaling nor pro-whaling stance, the film presents a window into this small town and aims to give a Western audience an insight into a world not often seen.

The gestation of the idea for the film goes a long way back to his childhood in New Zealand where, he says, we feel very passionate about whaling. 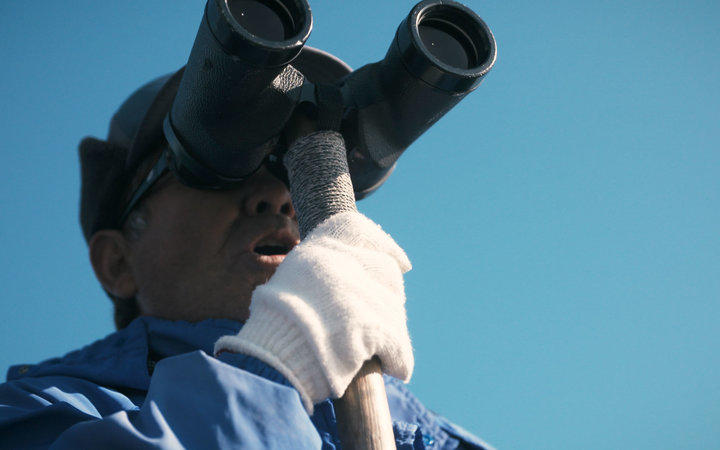 “Growing up, it was always framed around Japan and their engagement with whaling in the Southern Ocean.”

In 2010, Neill saw the film The Cove – a documentary about dolphin fishing in Japan.

“If anyone’s seen that, it’s a really horrific watch. I didn’t understand why and I don’t think the film tried to give any explanation really or try to understand.”

Ayukawa co-writer Kentaro Yamada and Neill had a “quite heated” argument about the film with Yamada saying there was no real context in the documentary.

“He said it’s just violence and violence is really hard to watch, particularly when it’s void of any context.”

Neill spent quite large periods of time in Japan working on a different documentary and says he began to understand nuances in their issues of morality.

Returning to New Zealand, Neill talked to co-director Jim Speers about the idea of doing a documentary into whaling. Their initial idea was to film on board a whaling ship for a season.

“We started doing a bit of research and found out there are only four towns or villages in the country that were still whaling.”

Those villages, furthermore, had very small caps on the amount of whales they could catch and could only take from certain species.

The documentary gives an intimate look into the characters who live in the town who are generally likeable people, that also kill whales.

Much of the focus is on older people who say that, during the war, they survived off whale meat. It was later when Norwegians taught the Japanese how to whale effectively, that their town grew and became wealthy.

“It’s a story about being from a place that was built on an industry that the world doesn’t want anymore. You see that all the time, everywhere in the world, here in the north of England with coal mining towns for instance.

“There are big ecological wins by stopping coal mining but there’s still a human and cultural loss that goes with that. While one probably, on measure, outweighs the other, it’s still a very real loss for a bunch of people and their community.”

One interesting thing he learnt in the town, which has its own whale museum, is how much they love the whales.

“They love them as creatures as well and that is not a weird idea to them. I think they do understand the ecology they hunt within and the importance of maintaining the health of that ecology.

“All of that was complete news to me. I suddenly realised how naïve we were going in to making the film. I learnt a lot about the history of whaling and this town’s relationship to it.”

Ayukawa: The Weight of A Life is screening in Wellington as part of NZIFF. Head over here for details.