A global pioneer in the science of canopy ecology, Meg Lowman has been dubbed 'Einstein of the Treetops' by The Wall Street Journal. In other circles she is affectionately known as 'Canopy Meg.' 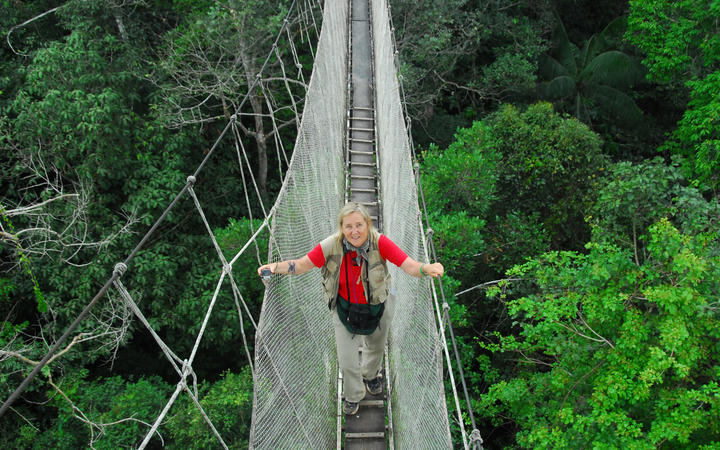 Meg Lowman on a canopy walkway in Peru Photo: Supplied

Lowman invented one of the first treetop walkways and is considered one of the world's foremost "arbornauts" - someone who explores the expansive forest canopies that comprise what she describes as the Earth's "eighth continent".

A mix of memoir and fieldwork accounts, Lowman's new book The Arbornaut chronicles her story from nerdy tree climber to groundbreaking field biologist.

Speaking from Vermont to Saturday Morning with Kim Hill, Lowman said that the Antipodes have played a pivotal part in developing tree exploration. 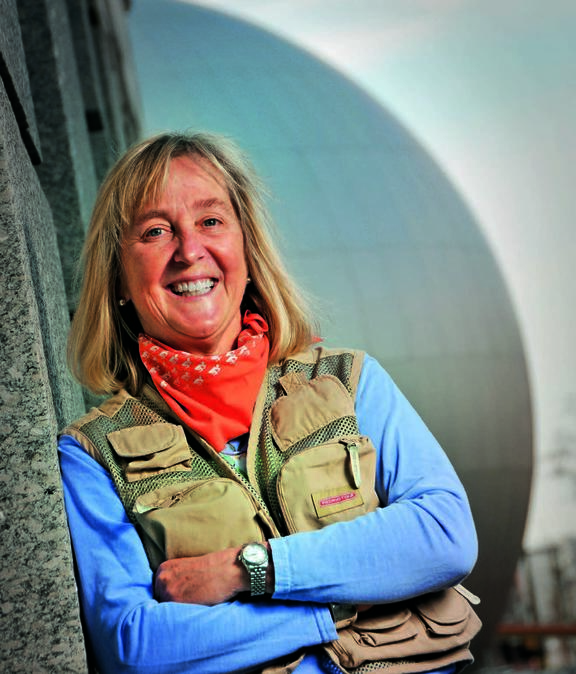 "I sure miss some of those Australian and New Zealand tall trees that you have down there."

"Really, Australia and your part of the world is the absolute birthplace of canopy science. We invented so many of the tools down there. So you need to pat yourselves on the back."

As a graduate student studying at the University of Sydney years ago, she explored the area's big trees and realised how much of the natural world was hidden from the ground and how rich the treetops were.

"Nobody ever saw the top except when foresters cut them down."

She created climbing gear using a slingshot and harness and tips from caving gear.

"Lo and behold, I put together a tool kit that allowed me to use ropes and slingshot to get into the treetops."

Later, when she wanted to get more people up into the air, she helped design a canopy walkway at an ecotourist lodge in Queensland.

"We had both these aerial walkways and the rope gadgets, all part of canopy science gear that was all developed in Australia and also pioneered in Tasmania and New Zealand. That was the real beginning of our exploration of the top of trees."

"Other groups have taken up this excitement and enthusiasm. It is becoming more and more of an opportunity for people to get excited about the whole tree, not just the forest floor.

"And don't forget that 50 percent of the species on the planet live on the tops of trees, so it's a really cool place to go if you want to see wildlife."

"Most of them never go to the forest floor," such as birds, insects and other species, she said.

"All of that life and growth is going on at the top of the tree, not the bottom."

The bridge is delicately suspended safely, disturbing the trees as little as possible.

"The wonderful thing is you can just quietly walk, you can get eyeball to eyeball with the birds, you can see all kinds of mammals living in the trees." 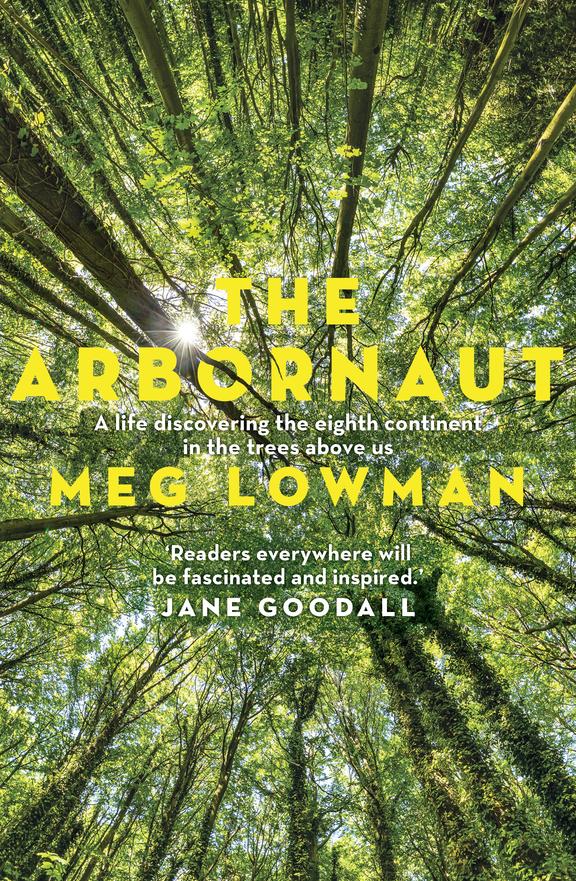 Lowman said that given a choice between forests being off-limits to everyone and encouraging eco-friendly visitation, she'd like to see people explore the trees.

"There are two alternatives usually. We can build a canopy walkway and create this wonder around the forest and a solid ecotourism business that draws people to come to the woods, or we can leave the forest alone where it most likely will get clearcut and totally disappear."

Lowman said a walkway does a little bit of damage, but paths along the forest floor are actually far more disruptive to tree roots, animals and seedling growth.

"The aerial trails actually are probably less damaging because they go through the air and not trample the soil itself."

"Whenever we explore the forest ... we of course displace a few things along the way but we have to look at the trade-off."

"As people learn to love nature they want to save it as well."

Climate change presents a huge threat to the world's great forests, she said.

"We need forests. Without trees we literally cannot survive. Our children and grandchildren are under threat if we can't try to save trees on this beautiful planet of ours.

In her book, Lowman identifies ten of the most urgently endangered forests in the world.

"I'm hoping to raise $10 million to build canopy walkways in those forests," and create eco-tourist operations.

"We can save what I call a genetic library. We can save enough of the native species of a country so that eventually restoration can occur. Right now we're going against extinction. We have to save the last populations before it's too late."

Projects have been successful in places like Malaysia, Madagascar and the Amazon, she said.

She's most concerned about the future of the Amazon, often called the lungs of the planet.

"It's the largest remaining tract of tropical forest. If we do lose that enormous tract of forest where there's so much gas exchange and so much rainfall coming and going from the trees to the air and back again, I think we really will see our poor little planet struggle to survive." 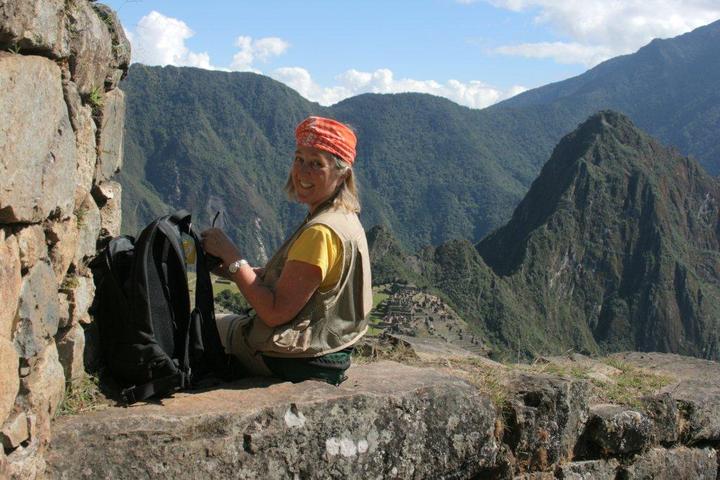 We need to preserve these regions, but we also need to hire and employ the people who live there in a sustainable fashion, Lowman said.

Lowman said she's probably found "hundreds" of new species in her time in the treetops, and much remains to be explored.

"We kind of admit that about probably 90 percent of what lives up there has still never been classified or seen or identified."

Although Lowman has not studied New Zealand's kauri dieback in detail, she said it's an example of many problems affecting the world's trees.

"You have these treasures, these senior citizens, and you want every one to survive."

"For you, with the kauri, it's not easy to restore them, it's not like as if can plant some and expect in 50 years' time to have beautiful giant kauri.

"I absolutely hope that we can work together as a planet to reverse climate change so that the temperatures don't exceed a tipping point for stands of trees like your kauri that are so precious."

Of course, tiptoeing among the treetops does require you to be comfortable working up in the air. Lowman said it's become easier with practice.

"I had a mild fear (of heights). … But maybe that helped me become a better arbornaut, because if I had been too careless, I perhaps could have had some more serious issues befall me.

"I guess probably a little bit of respect for heights is a good thing."