Reservation Dogs' Devery Jacobs: 'We weren't super sacred and stoic all the time'

The show focuses on four Native American teenagers living on a reservation in rural Oklahoma. One of them - Elora - is played by Mohawk writer and actor Devery Jacobs. 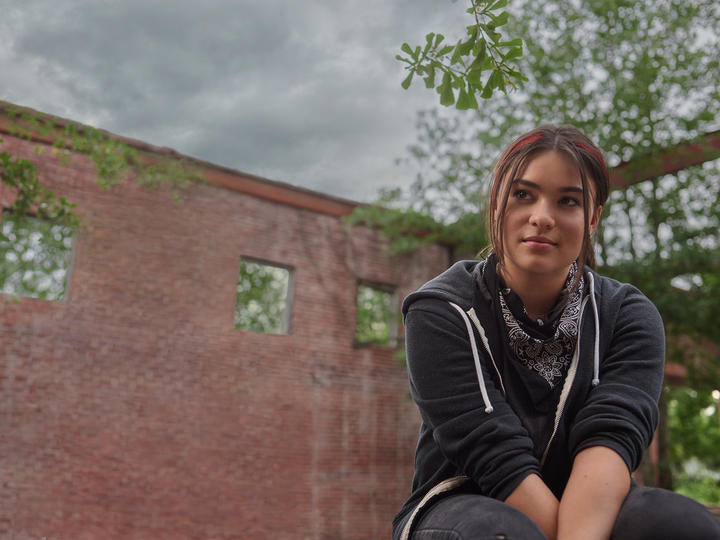 Jacobs, who grew up on a reservation in Quebec, had worked with Indigenous writers and directors before, but it was different stepping on to a set with indigenous people in nearly every department, she tells Kim Hill.

"Now that I've gotten a taste [of that] I'm like 'we need more of this. It's such a great environment for us to tell our stories.'

When Jacobs first read the Reservation Dogs script - which is based on Harjo's own upbringing in Oklahoma - she thought it was like a Native American version of Waititi's film Boy, which she loves.

The show lets people in on the Native American sense of humour that hasn't been seen much in film and TV before, Jacobs says.

"If Western society thinks of Native Americans, they think of Dallas Goldtooth on horseback in his buckskin and regalia… basically around the time of first contact with Europeans.

"We weren't super sacred and stoic all the time. We had some bumbling folks, as well." 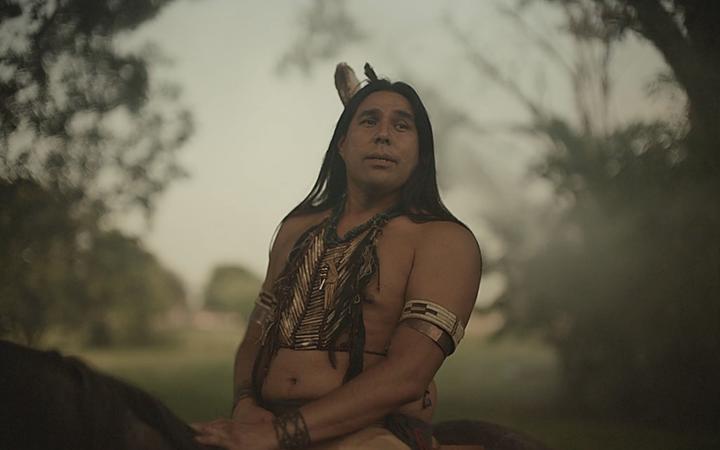 While it's primarily a comedy, Reservation Dogs doesn't shy away from tough subjects, including the devastating suicide rates in Native American communities.

Jacobs wrote a moving piece for TIME Magazine about her experience shooting an episode in which it's revealed that her character Elora is still recovering from the recent death of her friend Daniel by suicide.

Filming that episode was the most difficult thing Jacobs has had to do as an actor, she says, and it was a very important one for the whole cast and crew.

"For Indigenous people in North America, suicide is a plague that's affected almost all of our communities and almost every one of our families."

Reservation Dogs is now streaming only on Disney+. A second series is confirmed and Jacobs has joined the show’s all-Indigenous writing room.