Doireann Ní Ghríofa: the story of how we haunt each other

Irish poet Doireann Ní Ghríofa's prose debut, A Ghost in the Throat, eludes easy definition: at once a memoir, a piece of scholarship and autobiographical fiction.

It weaves Ní Ghríofa's own story with her efforts to piece together the life of an 18th Century Irish writer Eibhlín Dubh Ní Chonaill.

It is in a way, she says, the story of "how we come to haunt each other". 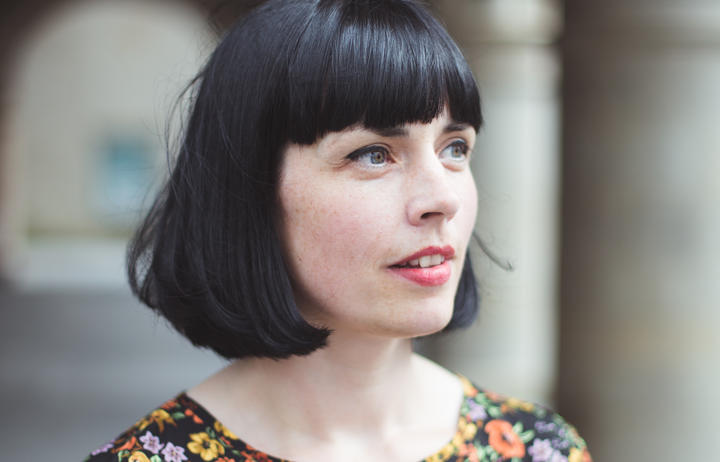 Eibhlín Dubh is well known for having composed an Irish lament - or a keen, which was usually recited over the dead by women - described as 'the greatest love poem in the Irish language'.

Her husband - Art Ó Laoghaire - had been gifted a horse by an empress after fighting in a war abroad, but that went against the penal laws at the time.

As a man with "serious swagger", he refused to give up his well-trained horse for a measly sum, which made him an outlaw, Ní Ghríofa says. 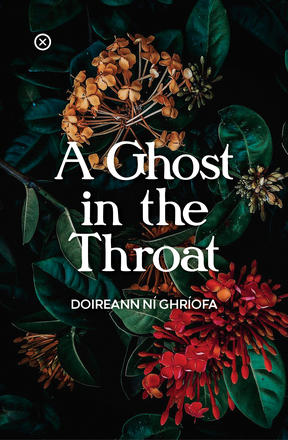 "It was a very fraught point in our history and the history of colonialism here in Ireland and her husband was murdered in an ambush by English soldiers," she says.

"His horse galloped to home and when she saw that the saddle was empty and covered in blood, rather than calling for help, she leapt into the saddle and was carried to the body of her husband.

"Her grief was such that she fell over his body, scooped up handfuls of blood and began to speak this extraordinary poem, which is now known as Caoineadh Airt Uí Laoghaire [The Keen for Art O'Laoghaire].

"It would've been a type of poem that she would've witnessed her own mother speaking over the dead as well. So it makes sense that in this moment of terrible grief that this traditional way of keening the dead is what happened."

Other keening women were so taken with this extraordinary example of their art that they recited it, learnt it by heart, until it spread widely and eventually was transcribed and made its way to today's literary cannon, Ní Ghríofa says.

But the author was fascinated by the woman behind the prose and rummaged through old letters between her brothers, only to find that references to women were scant.

"So I take those facts from those letters and I began to try and find more information based on those tiny facts about these women's lives."

When there were gaps of knowledge, Ní Ghríofa acknowledged them to the reader or signalled she would imagine her way through them.

"I think a lot of people find the early stages of parenthood overwhelming, exhausting and in a strange way quite lonesome.

"For me, this poem almost began to feel like an anchor, it was something that I could cling to that was always steadfast ... and whenever I spoke this poem out loud in our own language ... it felt almost like an act of closeness with this woman who was long gone."

The author also weaves in her own story about pregnancy and relationship honestly, which she says was the least she could offer after delving into the life of Eibhlín Dubh.

"It would've felt somehow dishonest to the memory of Eibhlín Dubh if I was glossing over the difficult things I was thinking about and going through myself.

"I've kind of learnt courage from learning about Eibhlín Dubh Ní Chonaill's life, and part of that is speaking in an ashamed way about things I'm not sure we really need to be ashamed of."

However, she couldn't find official birth records of Eibhlín Dubh's child, with the poem implying it didn't live. She did manage to trace descendants up to grandchildren, she says.

"I often wondered whether that might've been a daughter, and whether that child may have been born safely and simply faded away as so many other women did from the historical records."

The book is just one more pebble on top of the cairn in respect and memory of the composer, she says.

"My real hope is that one of the people who reads this book will be far more skillful of a scholar or historian than I am with my amateur skills, and will succeed in following these leads and will find out even more."

A Ghost in the Throat was the recipient of An Post Irish Book of the Year for 2020 as well as the 2021 James Tait Black Prize for biography.

The Cork-based writer will be appearing by link as part of the Verb Readers & Writers Festival in Wellington on Saturday 6 November.