In 2015, economist Yanis Varoufakis was appointed Greek Minister of Finance after years of financial crises and austerity measures.

He became known as the leader of Greece's defiant negotiations with European leaders during the European debt crisis.

He was bold, charismatic, wore a leather jacket, he was a veritable rock star.

But he failed to reach an agreement with the European Commission, the European Central Bank and the IMF - the Troika – and less than five months into the job, he resigned.

He now leads a nine-strong group of parliamentarians. The MeRA25 party in Greece's parliament

He has written extensively about politics, and his latest book is a novel.

Through three characters, a libertarian ex-banker called Eva, a Marxist feminist called Iris and a maverick technologist called Costa, Varoufakis brings a Socratic method to imagining what a post capitalist world might look like.

It is a world without commercial banks or a stock market with a guaranteed basic income and with social housing.

The book’s called Another Now: Dispatches from an Alternative Present. 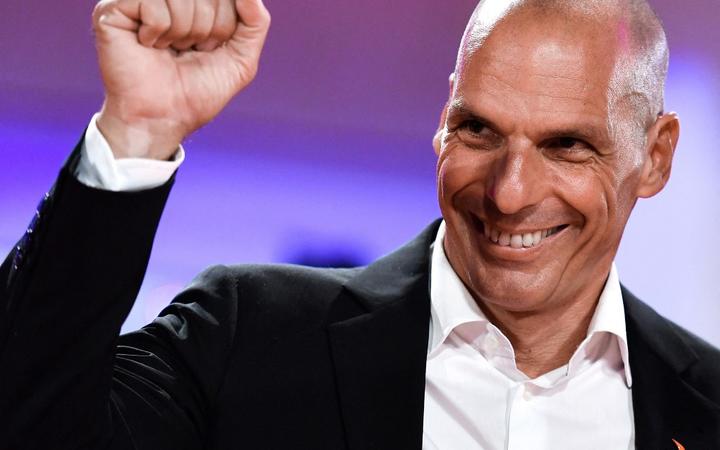 Iris in the novel says removing the rules that enshrine hierarchy, will not end hierarchy any more than the retreat of organised religion eliminated superstition.

This seems to sit uneasily with Varoufakis’ own Marxist view of the world, but he says Iris reflects his own pessimistic tendencies.

“My three main characters, not just Iris, are all losers of history, each one of them, in the nicest possible way.

“Because the way I see it is this, there was a magnificent transformation in the human spirit with the Enlightenment, which spawned modernity.

“It was a sudden confidence that our rationality or logic can be deployed, so that we can escape superstition, we can escape poverty, we can escape inequality, war, pestilence, and we can with the power of our own reason, and inherent goodness, transform society make it better.”

Varoufakis is a product of that enlightenment, he says.

“I refuse to give up, just because modernity has failed spectacularly.”

There are three variants of modernity, he says, all of which have come to nothing.

“One is the belief in competitive markets, in capitalism. The best purveyor of that traditionally is Adam Smith, with The Wealth of Nations towards the end of the 18th century.

“The view that if we leave it to the market, the market is a fantastic way of taking our individual greed and self-interested behaviour, and behind our backs, as if by an invisible hand, combine our petty little acts into public virtues.”

That idea crashed and burned in 2008, Varoufakis says.

“There was a left-wing tradition, to which I belong, that through revolutionary rebellion clashing with the establishment, we can take over the Winter Palace and create a socialist utopia.

“Well, that crashed and burned in 1991 with collapse of the Soviet Union and with a gulag and so on.”

There was a third strand of modern thinking which has also proven to be false, he says.

“Those who believed, you will remember, in the early 1990s, that digital technologies and the internet in particular, would help us democratise the world.”

His three characters represent these three strands of thought, he says.

“That we can’t create institutions that make life far more bearable. And of course, we have to understand that human nature will always find ways of subverting the good and, you know, mix varieties of theory with it. And we have to keep being vigilant about that.”

The share market and the labour market are toxic and harmful to the public interest, Varoufakis says, and his novel through his three protagonists explores alternatives.

The massive amounts of liquidity pumped into economies by central banks throughout the world during the pandemic has ended up in very few hands, he says. 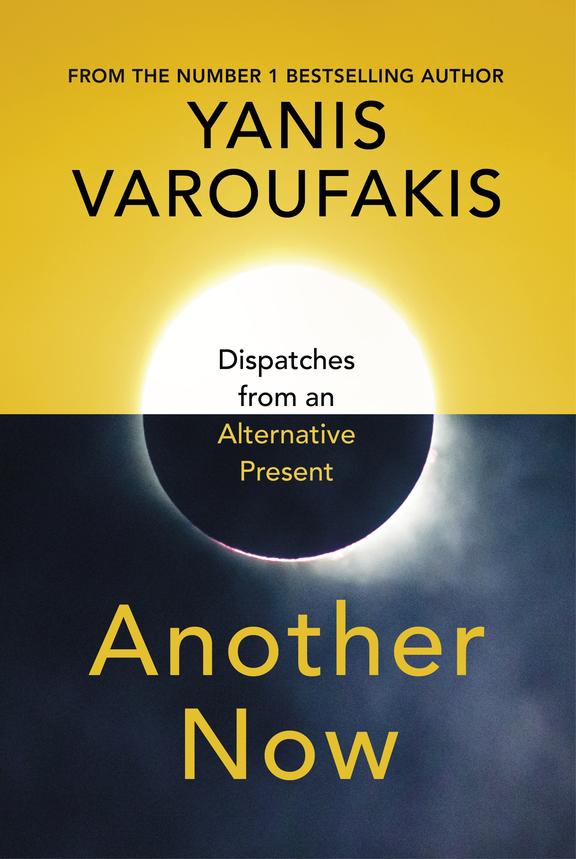 “They tried to, to make our lives easier during the pandemic, printing, the G7 central banks, something like 9000 billion American dollars, 9 trillion over a period of 18 months.

“In order to re-float the failed businesses, businesses that have failed because of the lockdown and so on. And so, that sounds pretty good.”

The reality is in fact “pretty awful”, he says, with that money going to commercial banks who then lend to huge corporations.

“So the share prices go up, their own bonuses go up because they are linked share prices. All this wall of money created to save humanity from itself is wasted.”

His novel proposes alternatives to the present capitalist system but, he says, it is not a manifesto, rather a Socratic exchange.

“It's always a dialogue; trying to shoot down your own arguments through an imagined dialogue with somebody who hates your arguments.”

Eventually the characters in the book almost developed minds of their own, he says.

“I was just sitting in front of the laptop with my fingers typing away, just because I was anxious to find out what they would come up with next and how their debates would proceed. “

But through his characters he was unable, however, to solve the world’s most complex problems, he says.

“You will very quickly cotton on to my ambiguity, to my helplessness when it comes to many big issues that I don't think can be resolved, at least not in the next 1000 years.”

Patriarchy and other forms of prejudice being one, he says.

“I think that in my kind of society, the one I'm describing, they will all be lessened. But then again, they can morph into different kinds of awfulness, because we all always have a capacity to extract awfulness out of goodness.”

He currently appears as part of the streaming Andidote 2021: Alternative Futures Festival presented by the Sydney Opera House.