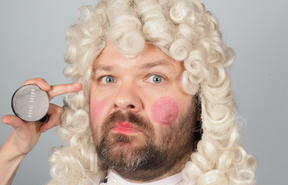 It’s been a long time between drinks, but Te Whanganui-a-Tara artist Luke Buda is gearing up to release his first solo album in 12 years. Best known as a member of psych-pop band The Phoenix Foundation, Luke pulls threads of sonic inspiration from the 60s, 70s and 80s for his new record, while lyrically walking the line between zen contemplation and wry humour.

Despite being billed as a solo album, BUDA employs a range of collaborators including Don McGlashan, Riki Gooch, Joe Lindsay and Toby Laing (Fat Freddy’s Drop), and Anita Clarke (Motte), and several of the songs have words supplied by New Zealand novelist Damien Wilkins. Luke joins the show to play a few favourites and discuss the new album ahead of its release and his nationwide tour kicking off next month.