His projects include the 'Climbing Cholitas' a group of Bolivian indigenous women who used to cook for visiting high altitude mountaineers but have now taken on the climbing themselves, and Dekotora Japanese truck decorating culture. 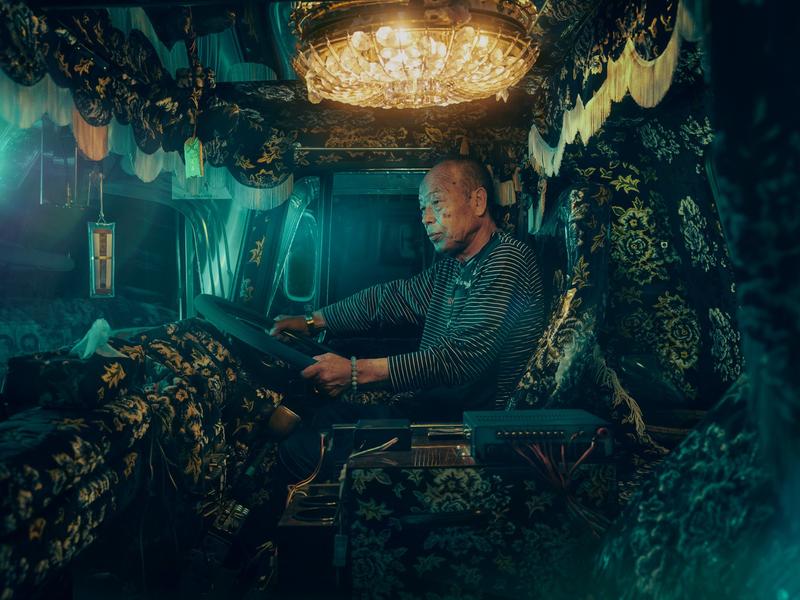 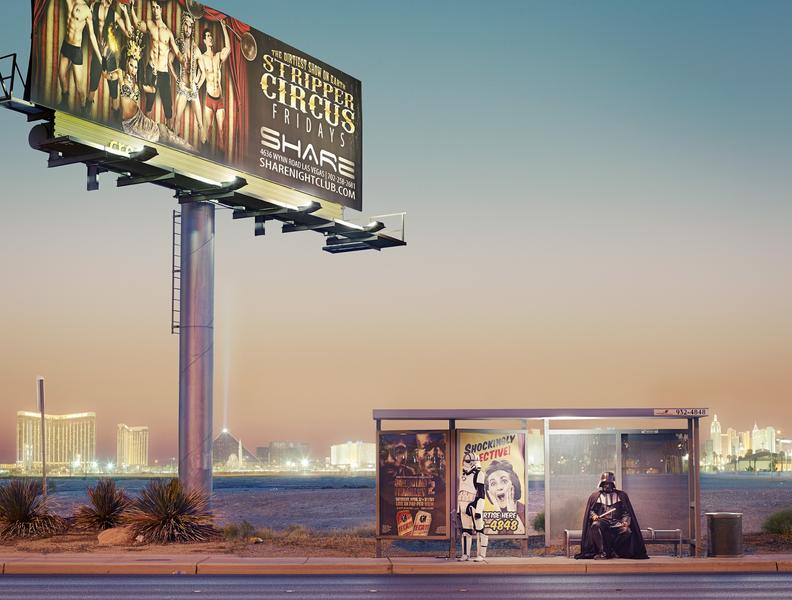 Two of the dress-up characters of Las Vegas's Sunset Strip. 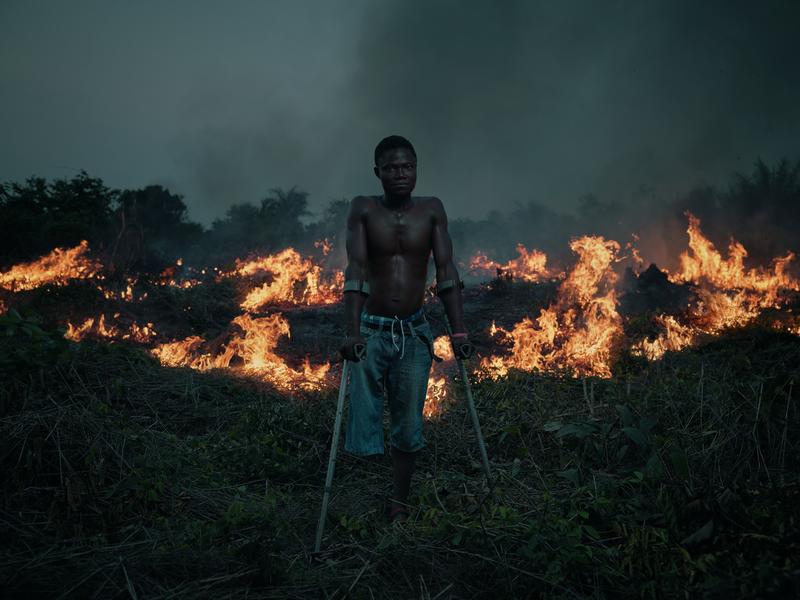 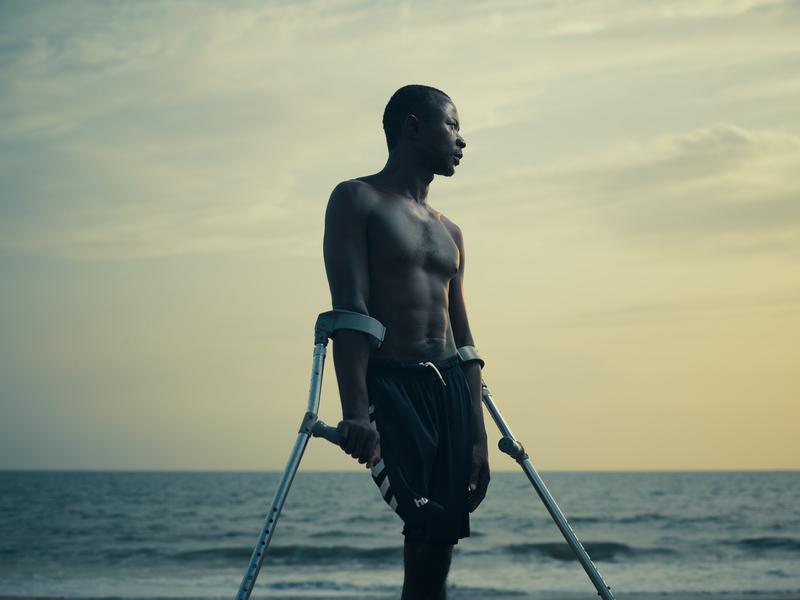 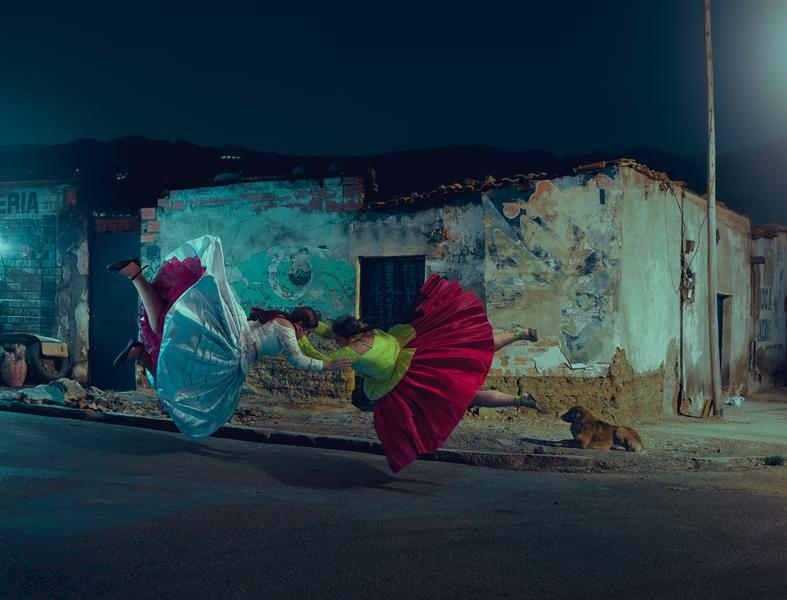 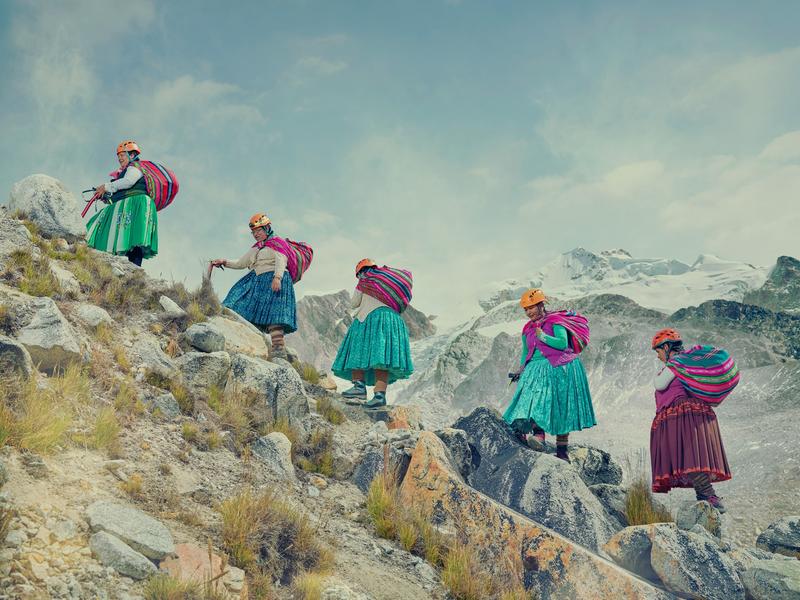 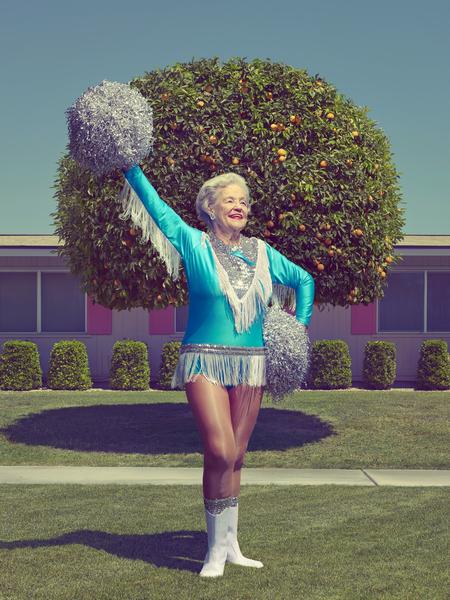 A member of the veteran cheerleading team the Sun City Pom's. 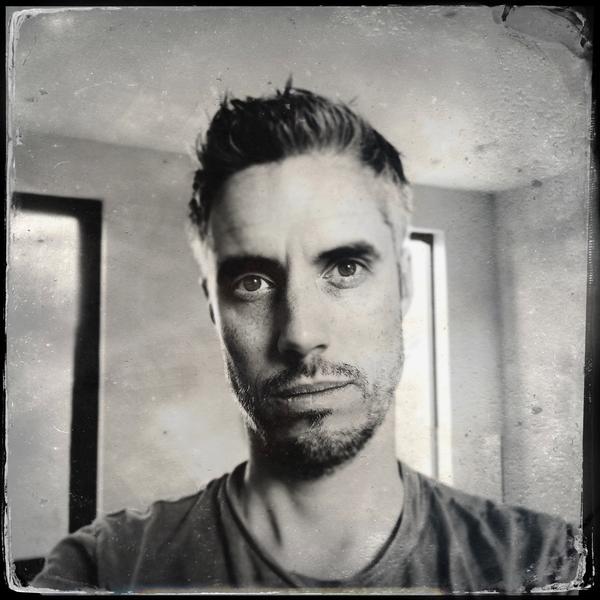 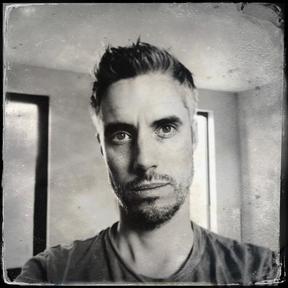 His clients include Samsung, Sony, Shell, Audi and the BBC, but in his personal work in the past seven years he’s travelled to work with diverse subcultures and groups.

"Every year and a half or so, I undertake a personal project to take me away from the advertising world and emotionally and creatively refresh me," he tells Kim Hill.

"It might be time to tackle a project down here [in New Zealand] and look at it with fresh eyes since I've been away for so long." 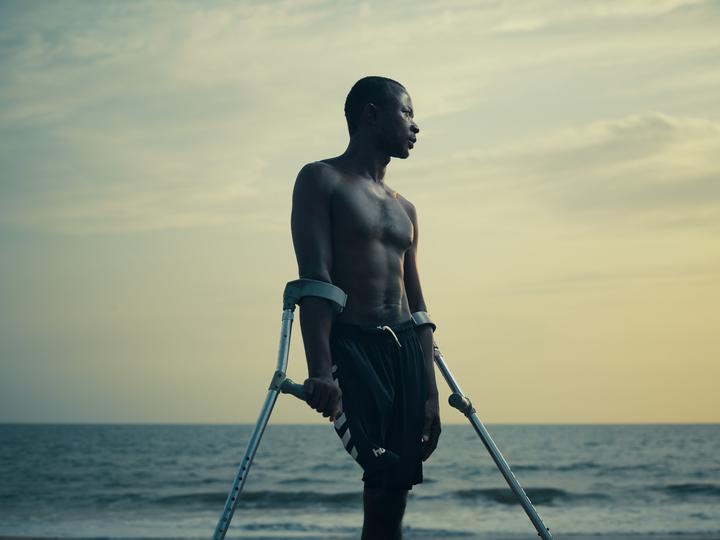 "It's a group that's born out of some very dark times but they're an incredibly inspirational group given how far they've come," Antony says.

"It's quite phenomenal the speed they get up to, I was very short of breath on a number of occasions trying to keep up with them. Not to mention it was sort of mid-30s [in temperature], and a lot of the team were fasting for Ramadan so the fact they managed to pull off what they did is quite incredible."

Prosthetics are a luxury for the few players that do have them, but even they don't use them during the game, he says.

"They're very much of the mind that any exposure can really help basically. They don't have any funding from the Sierra Leonean government at any point in time, so anything that can give them exposure and get them out in the world can be only of benefit to them so they were very proactive in participating with it.

"Even things like crutches are very hard for them to get hold of - they're something $US250 a pair, whereas you can get them in the UK or US for a quarter of that."

He is also editing a short film about the team and trying to pay them back for their willingness to participate in his project.

"I didn't want to go over there as the Western white guy and just suddenly take a whole bunch of photographs and head off into the sunset and say, 'thank you very much'.

"They've also got a very tangible need as I was saying earlier ... so what I've done is I've set up GoFundMe for the teams... to supply all 150 players in the country with crutches." 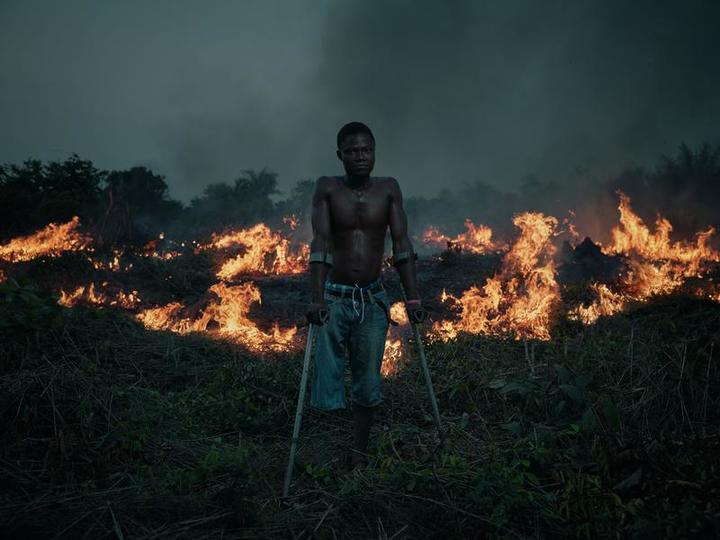 Antony has a particular interest in stylised realism photography. His photo of team captain Umaru Sandi is taken just outside his resettlement village as they conducted a slash and burn for the crop's season.

"I saw them starting to do that and thought this could be an incredible photograph, both because it obviously has a practical use for them and helps provide crops to them but also alluding to the history of the war and the trauma they've all experienced."

Antony has also photographed Bolivia's cholitas luchadoras, who got together for female wrestling as an outlet for shared experiences of spousal abuse, he says. 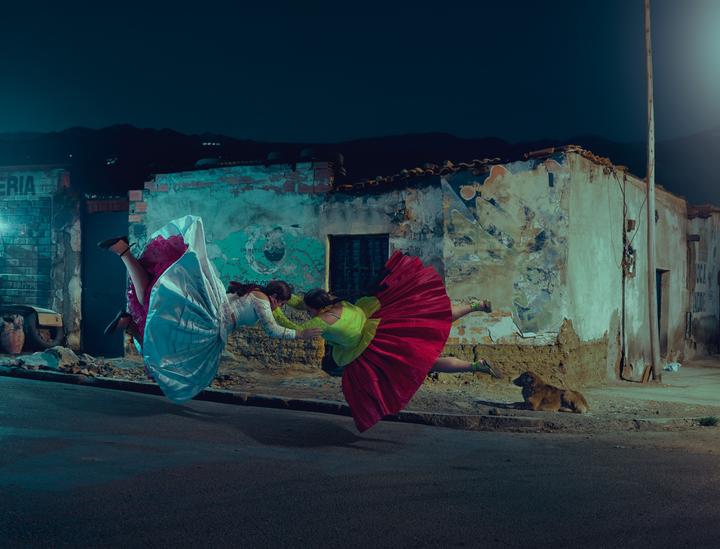 While it's staged in the same sense that WWE is, he says it still results in bad injuries and blood.

"They even take on their male counterparts in the ring quite often, men that are twice their size, and throw them around and it's quite spectacular watching them wrestle. All they've got is a steel frame wrestling ring with plywood on the floor and that's it."

Dressed in their traditional outfits, the women are making a statement about their life and struggles in the same way the ‘climbing cholitas’ did, he says. 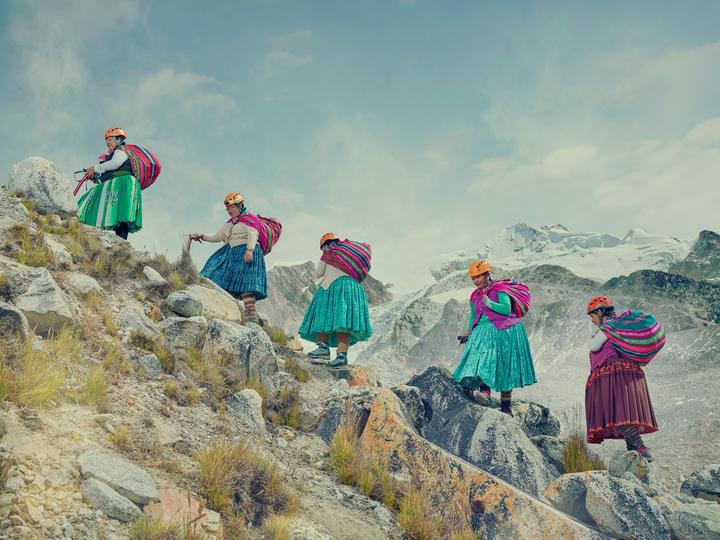 "Much like the wrestlers, they're doing in their full traditional attire with their aguayo fabric shawls which they wrap into their backpacks and everything else. So they'll have their traditional dresses then some modern mountain boots to go along with it."

The group of indigenous Aymara climbers summited the 22,841ft peak of Mt Aconcagua and now want to tackle Mt Everest, he says.

"That was a pretty hard thing to get through. It was about 16,000 feet we were up at the end. For them it's a walk in the park, but for me and my assistant, it was pretty hard going. You end up breathing like you've been for a jog around the block while just standing there holding your camera." 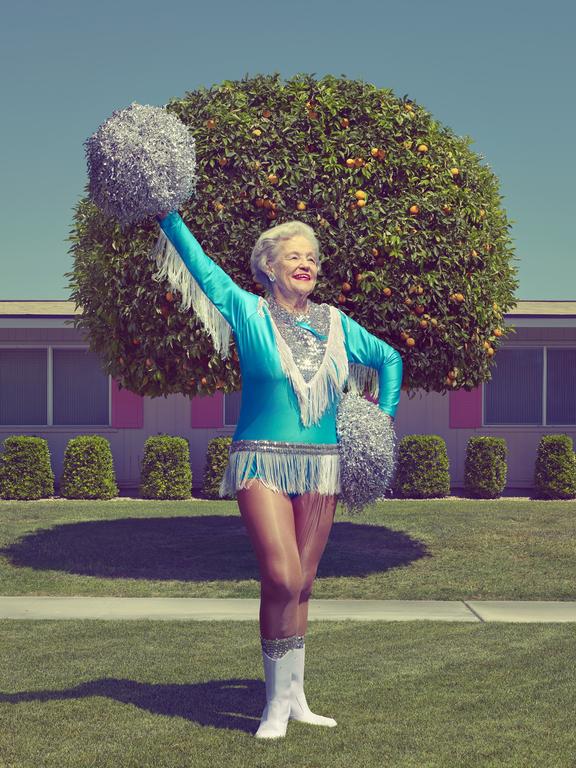 Another series Antony has done is called Sun City Poms, about a city of 35,000 retirees (aged over 55) based in Arizona.

They've got a cheerleading and marching band group consisting of the ordinary citizens, he says.

"They perform upwards of 35 shows a year, going to parades and local high schools, to NBA games, all sorts of things.

Listen to the full interview to hear more about Todd Antony’s other projects including the Dekotora: Japanese Truck Culture and the Headless in Las Vegas series.