Jim Schuster works with Heritage New Zealand as a marae restorer around New Zealand and the world, and in the latter category there's one particularly close to his heart.

Meeting house Hinemihi has sat in the grounds of Clandon Estate in Surrey, England since the 1890s. A few years prior to that it sheltered and saved 153 lives during the Tarawera eruption.

It is now, finally, due to return home. (See our image gallery below for photos before and after the eruption and today.) 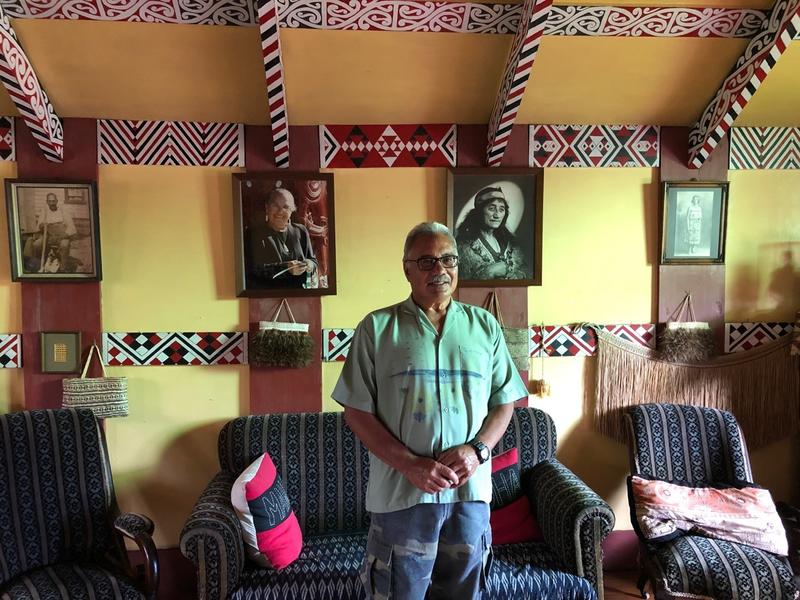 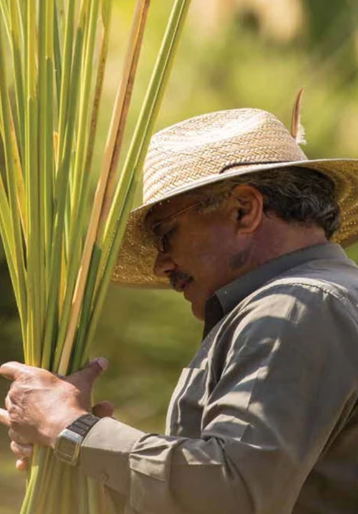 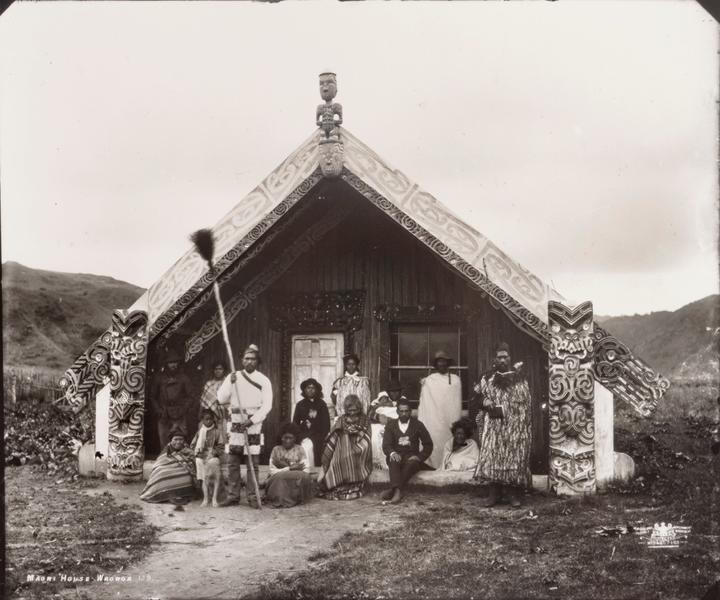 Hinemihi in 1885 before the Tarawera eruption at Te Wairoa. Image: Elizabeth Pulman. 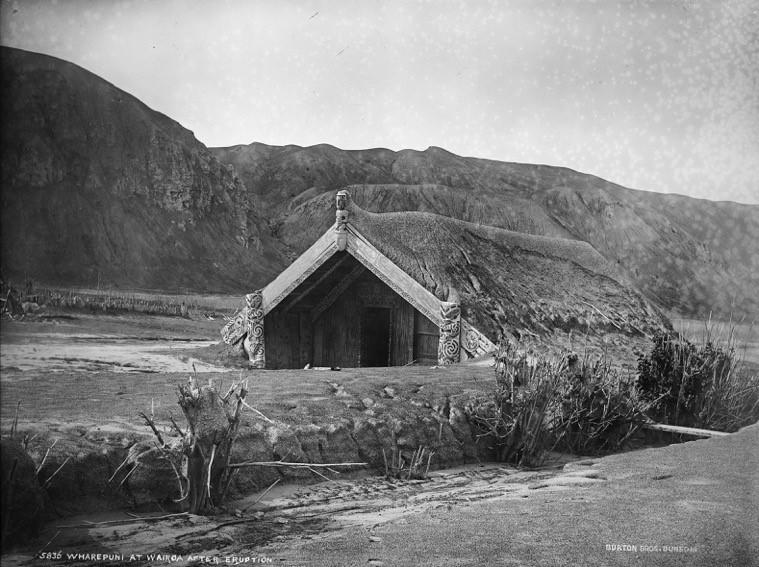 Hinemihi after the Tarawera Eruption in 1886. Image: Burton brothers

Hinemihi was carved by Schuster's great great grandfather Tene Waitere, and Schuster still lives on his tūpuna's land at Ruato on the shores of Lake Rotoiti, Rotorua.

It's also where Waitere picked up his skills from an early carving school of Ngāti Tarawhai under master carver Wero Tāroi, who he had watched keenly before picking up a chisel at the age of 9.

"His work is all over the world. There's another meeting house he worked on and that's in Stuttgart in Germany, the Linden Museum," Schuster told Saturday Morning.

"Hinemihi went away as a collection of 53 carvings, so that house was dismantled because it was buried after the eruption, so they just took the carvings off and away.

"The Rauru house in Germany, every part was taken, it was all shipped via America and ended up in Hamburg."
Before Hinemihi was shipped to England, it stood here for five years. Tāroi died during the building of it, so Waitere finished it.

"In 1881, it was opened ... after the eruption and people moved away from the area around Tarawera, it was buried under the mudded ash," Schuster says.

"The governor of the time was [William Hillier] Onslow and he wanted to take a memento when he had finished his time as a governor ... he was looking for a house to take," he says.

"He had his land purchasing officers to look out for a place for him, and eventually ... in 1890s I think, they came across [Hinemihi] ... which was still burnt partly under the ash.

"Some of the carvings had gone missing from on the house, pieces were being taken by fossickers so that's why they dismantled it, the people who sold it to him for 50 pounds."

The bill of sale was on the walls in Clandon Estate, but that burnt down in 2015.

While the marae still fortunately stands, some taonga from Ngāti Huia like pounamu and kākahu were lost in the fire.

"Onslow actually had a son and he named him Huia after the people down there because they'd given a lot of taonga to him when his son was born," Schuster says.

Now Britain's National Trust, which is the current keeper of Hinemihi, has agreed in principle for it to return home.

Schuster was worried about people taking carvings from Hinemihi because it sat outside of a security fence around Clandon Estate.

He carries forward the great carving and weaving traditions and knowledge of his ancestors, sharing it here and around the world, including the harvesting of natural materials for restoration like raupō, harakeke, kākaho and kiekie.

"I'm probably just fortunate that I was brought up here in Rotorua and learnt some of these things when I thought I was just having a bit of play in the swamp, helping to harvest raupō, but I went 'oh I know how to collect that' when I had to go to places to help them restore raupō that was in the roof.

"My knowledge is probably more traditionally learnt, handed down from generations.

"I'm doing just exactly what my mother did ... she was employed by the New Zealand Māori Arts and Crafts Institute to do this work and she travelled around the country and revived a lot of the weaving skills in areas where it had been lost.

"We like to work with the locals so they have a skilled person within their rohe that can then help other marae in that position, because we wouldn't be able to get around to every marae in the country, our team isn't big enough."