It was a documentary called Pucker Up that first introduced Molly Lewis to the world of competitive whistling back in 2005. And it wasn't long before she was competing at the now-defunct International Whistlers Convention herself. 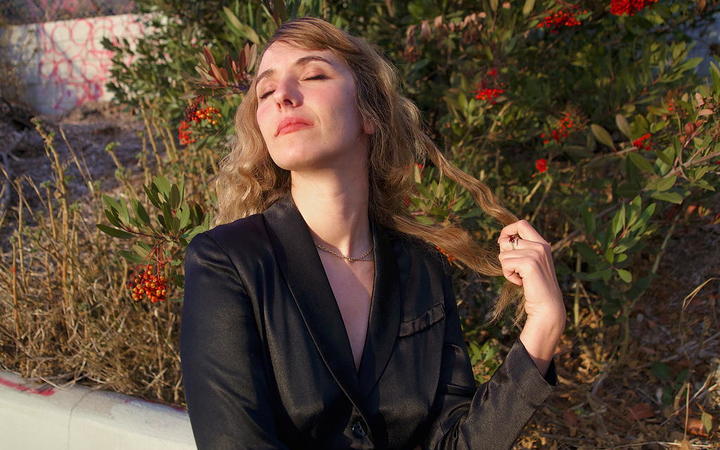 Since those early days, Los Angeles-based Lewis has honed her craft and is taking the artform of musical whistling to a new level.

She recently released her debut EP, The Forgotten Edge, which is imbued with her love of cinema and all things noir.

The EP's haunting title-track 'The Forgotten Edge' was inspired by Italian composer Alessandro Alessandroni, but it takes its name from her Los Angeles neighbourhood.

"It's named after the neighbourhood I live in which is called The Forgotten Edge - it's not the official name."

Lewis said it was a small hill just off Sunset Boulevard in between a bunch of neighbourhoods but has an interesting backstory.

"It has a dramatic view of the city skyline. If any crimes were committed ... no police would ever come because they would assume that another jurisdiction had it. This was known as a shady area to commit crime, it was the forgotten edge.

"I always thought the name was cinematic, mysterious."

Australian-American Lewis said it was not her goal to record an EP but when an opportunity arose, she took it.

"I'd love to be doing more soundtrack work. A lot of the music I love is soundtrack-related and whistling lends itself nicely to film, cinematic moments."

She said LA was only just coming out of intensive lockdowns and some music shows had started to return.

"I would love to continue doing my Café Molly night, it's always a great deal of fun."

Café Molly is a whistling lounge show in LA.

Lewis said she was not aware of any whistling schools.

"I tried to teach someone the other day; it's a difficult thing to teach. There are different ways of doing it, you can make sounds in a few different ways."

She said some people could not whistle at all, while others could but not in tune.

Talking about getting into competitive whistling, she said she entered her first competition in 2012 in North Carolina. She came fourth.

"I just wanted to experience this niche world ... it was a fun adventure."

She said whistlers came from all backgrounds, "a lot of freaks, myself included".

"I have a sense of humour about the whole thing."

In 2015, she took home the first prize in the Live Band Accompaniment Division (female) in the Masters of Musical Whistling competition in LA.