A 10-metre high waka constructed of hundreds of shimmering crystals has been installed outside Auckland Art Gallery, rising from the gallery’s forecourt pool to suggest navigation to worlds beyond our own.

Made by artist Reuben Paterson (Ngāti Rangitihi, Ngāi Tūhoe, Tūhourangi), the crystalline sculpture 'Guide Kaiārahi' draws inspiration from the legend of a phantom waka that appeared at Lake Tarawera ten days before the eruption of Mt Tarawera 135 years ago. 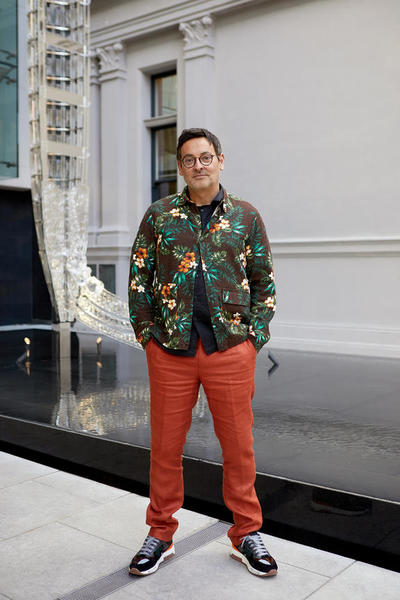 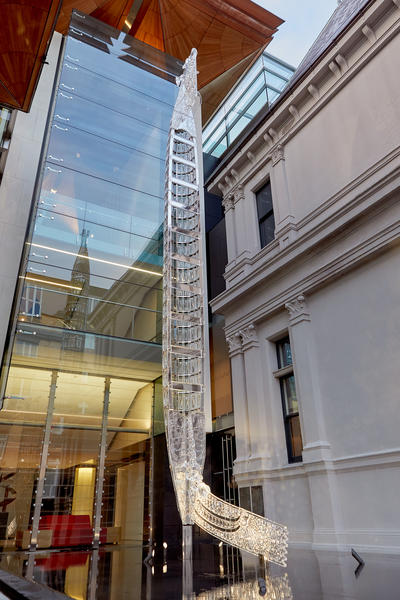 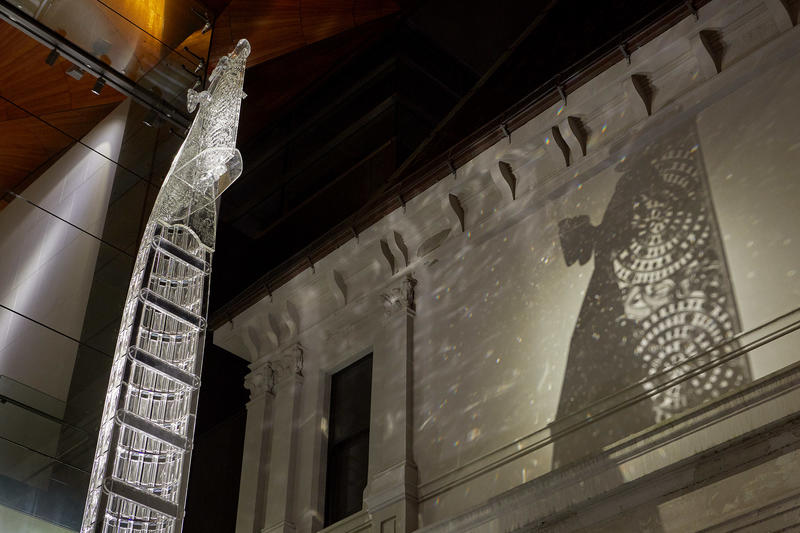 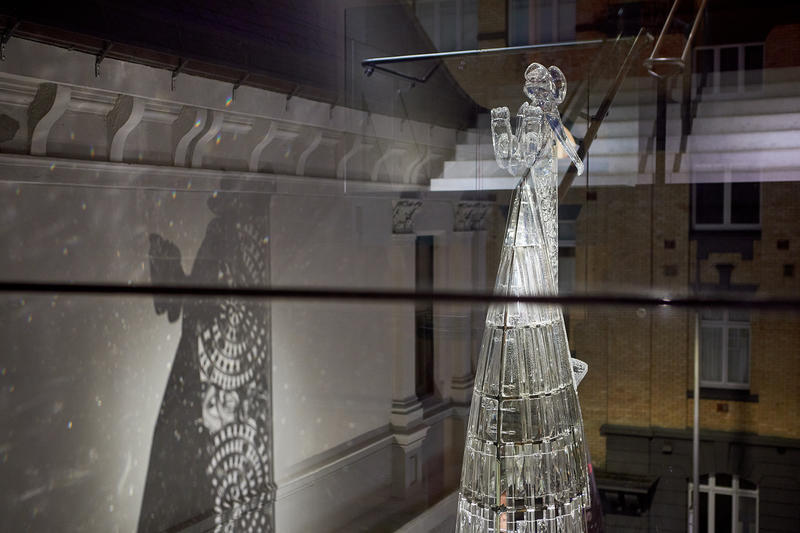 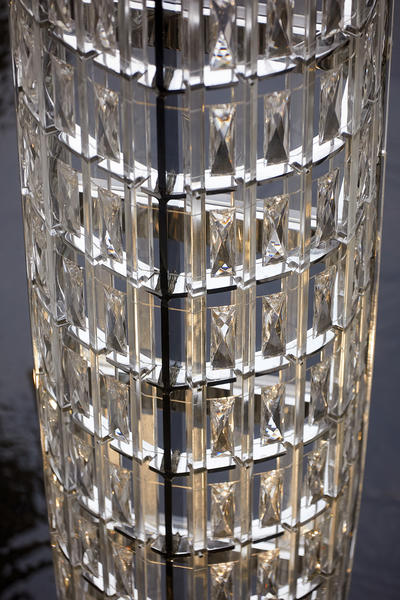 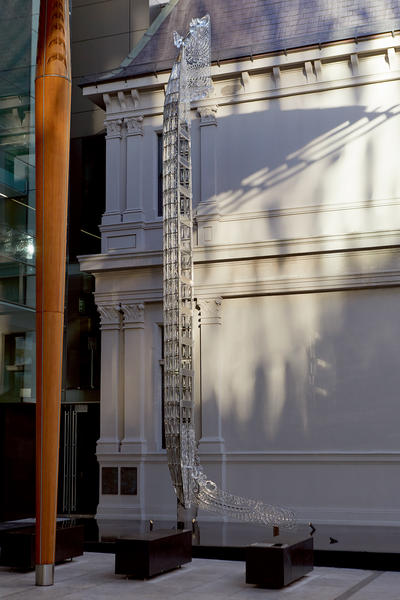 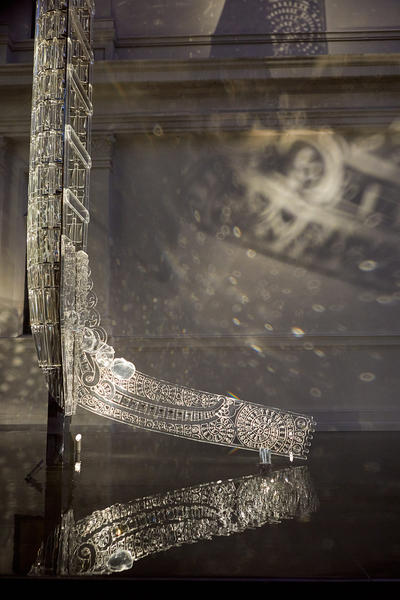 The work was constructed overseas in Brisbane, Paterson says.

“All up this was a two-year project, which sounds like a very long time. But the amount of skilled labour that was involved, and in such a short period, meant that we needed one company in particular, who had worked on a lot of international public art works, to take on every detail that was involved in the work down to the engineering, to the casting of the crystals that are in the work.

“But for me what was very important about having it overseas was that although it is an artwork and not a waka, the waka has made one journey across those oceans to come home to Aotearoa.”

Two pieces in the Te Papa collection had a strong influence on the work, he says.

“I took inspiration for these decorative elements, the tauihu and the taurapa that sits closest to the water and closest to your viewing site from two pieces of the Te Papa collection that had no provenance.

“They were two pieces that I was very drawn to and got to meet.

"There is the most spectacular taonga collection room that sits below Te Papa museum. And it's just filled with the sacred and the sanctity of all the toanga are resting together. And I went to meet these two pieces as a part of my research for this work and they've transformed into my story.”

Paterson's Piha childhood informs his work to this day, he told Kim Hill.

“A few years ago I started to acknowledge that the time I had spent growing up at Piha as a young boy, my grandfather built our bach out there on the south side of Piha, it allowed me to grow up in a glitter landscape where those hot black iron sands glisten in the sun, as does that sea when the sun hits it.

“So, I do think of it as is growing up in a glitter environment or a glitter landscape. But yet we have used materials that talk very consciously to the shoreline and to the ocean and to migrations in this work.”

The work will sit outside for five years, but has been designed to eventually move indoors, he says.

“We cleverly arranged that he can be seen in the vertical outdoors, but also the horizontal indoors. And a part of me would love for him to shift inside into the shelter.”