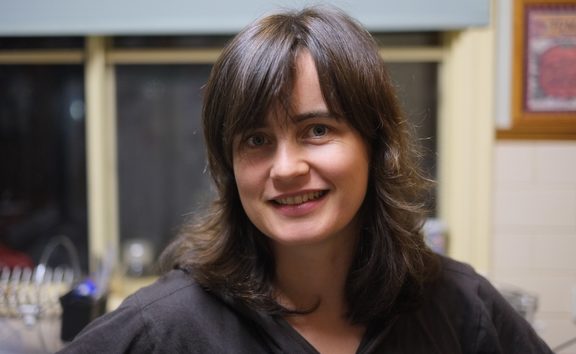 The father of modern Kiwi comedy John Clarke is being celebrated in a new online collection launched by NZ On Screen. Clarke, who died in 2017, was perhaps best known on this side of the ditch for his tongue-in-cheek portrayal of the quintessential Kiwi farmer with alter-ego Fred Dagg, who was quickly adopted as part of the national identity in the mid-70s. Later he moved to Melbourne, where he took on Australian politics with fellow satirist Bryan Dawe.

The John Clarke Collection follows his career trajectory from New Zealand to Australia, and features a treasure trove of early skits and television specials, including The Wonderful World of Fred Dagg, A Bit of A Dagg, and the iconic Dagg spoof episode of Country Calendar. On top of that, there are skits from news satire shows Gallery, Nationwide, and Tonight At Nine.

Clarke’s daughter Lorin Clarke, a writer, broadcaster and columnist based in Melbourne, worked with NZ On Screen to bring the collection together.  She joins the show to discuss her father’s incredible legacy.