We humans have been evolving for millions of years, so why do we still have dodgy knees, crooked teeth and need glasses?

Alex Bezzerides looks to answer those questions with his debut book, Evolution Gone Wrong: The Curious Reasons Why Our Bodies Work (or Don't). 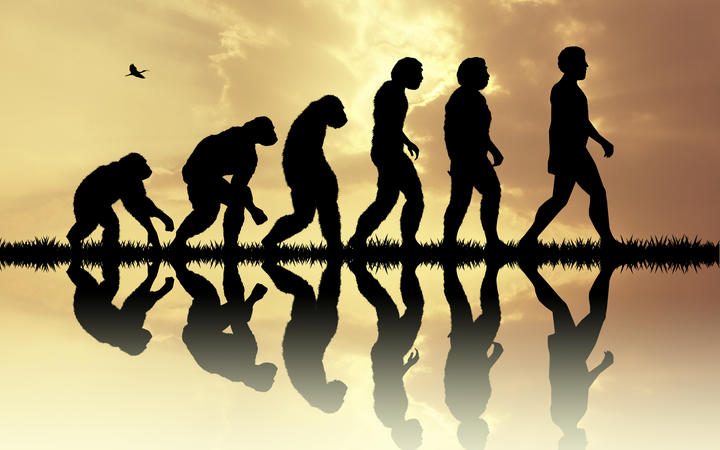 Bezzerides is a professor of biology at Lewis-Clark State College specialising in anatomy and evolution, and says the book naturally grew out of all the fascinating questions his students were asking about weird oddities of the human body.

"It was the things that my students found most interesting that we'd discussed in class. The first topic that came up in class was why our teeth don't fit in our mouths. 'Cause we spend all this time looking at these textbook images of the mouth that are just 32 teeth fitting in there perfectly, and we would realise that out of the whole class of students - 60 or 70 students, there might be two students who hadn't had braces or [didn't have] wisdom teeth [out], or had straight teeth that actually fit in their mouths."

Essentially, it is because our jaws and our teeth have been adapting differently to changes in what we need, Bezzerides says.

"When human ancestors came out of trees four or five million years ago the diet changed considerably, and we needed these big powerful jaws for this diet of eating grass and tubers and these things that required a lot of chewing.

"At the time we developed big powerful jaws and had big powerful teeth that fit in those jaws, and the match was decent. Then over time, as the brain got bigger and bigger, and we developed all these ways of processing our foods - the first use of tools by humans to cut meat off bones, and the implementation of fire and control of fire, and even more recent things like pottery which allow us to cook food down to the point where it's mush, and you hardly even need teeth - all those things eliminated the need for a large powerful jaw.

"Teeth and jaws are independent structures, and just because the jaw has shrunk over time it doesn't mean the teeth automatically follow suit. They're shrinking, but they haven't shrunk at quite the same rate. So now we're left with jaws that have got quite small in the last hundred thousand years, and teeth that no longer fit in them. And for the most part you end up with people having a mismatch there.

"But we've mostly removed teeth from the question of natural selection, [because] we can fix them and make them pretty and straight, even if they weren't going to be pretty and straight naturally ... so I think we're kind of stuck with our crooked teeth for quite some time, to be honest." 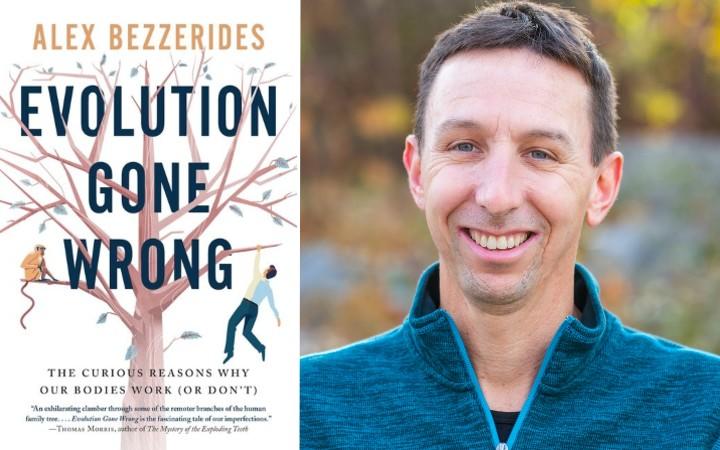 The evolutionary journey humans have been on has left its mark on the structure and function of our eyes.

Bezzerides explains that the eyes of vertebrate animals, including humans, were first formed before our ancestors began living on land - when they were still underwater creatures. So we're stuck with some key features from our underwater past.

"Because our eyes developed in the water we're stuck blinking all the time and keeping our eyes moist, because we have a wet eye, because it developed in a wet environment.

"One of the main principles of evolution is you can't just start over. You just couldn't start the vertebrate eye over once you moved to land. It was probably a pretty blurry image when animals first crawled out of the water - but a blurry image is vastly better than no image at all.

"Most species of geckos, instead of blinking - they don't have eyelids - they just lick their eyeballs every now and again to keep their eyeballs moist. So there are other creative solutions out there in the animal kingdom, but our solution is to just make many, many ounces of tears every day, and run the windshield wipers that are our eyelids."

But these days there are other factors at play in our eyes, that are much more recent, he says.

"One of the biggest hang ups with the eye is that it needs an adequate amount of outdoor light in order to develop to the right length. So when kids are growing up they need to be spending time outside, or their eyes do not develop to the right length. And that is the current leading hypothesis for why we have this current explosion of myopia in many populations around the globe, because you just have this whole generation of kids that are growing up in the basement playing video games, and they need to be kicked outside - for many reasons."

One of the evolutionary burdens we've inherited is vulnerable backs, particularly as we age.

"It's just this universal conundrum, it's the leading global cause of disability. It's something that you see across cultures where people struggle to maintain the shape of their back.

"The issue are the curves that are built into the back: when hominids come out of the trees and hop up on two feet, the only way that was going to work and be tenable, was if there were a couple of curves in the back.

So, our ancestors developed: "a lower back curve to shift the centre of gravity, so it's placed more over the hips. Otherwise the animal just topples forward. That's what you see in the other great apes - their spines are C-shaped, and when they try and stand up on two feet, which they can do for a short amount of time, but because they have this C-shaped spine rather than more of an S... their natural inclination is to fall forward. So you need that curve down low to shift the centre of gravity.

"And then you need one up the top to place the head over the body so that the neck doesn't have to do a tremendous amount of work to keep the head in place.

"Those two curves are absolutely vital to bipedalism... but they also take a lot of core strength and back muscle strength to maintain that shape, and any sort of small injury can set it off on the wrong path, and just over time as people age those muscles weaken and those curves start to shift out of place and that's where you start to get slipped disks and back pain."

Bezzerides says the more he learns about the body and evolution the more fascinating it is.

"There's a whole other book to be written, about all the amazing aspects of evolution and how they've left us with these incredible features - being able to walk on two feet is amazing, and has all these incredible benefits. But I just thought the more interesting story was the darker side of the coin."