When Canadian blockchain whiz Gerald Cotten died under mysterious circumstances while on honeymoon in India, the $215 million on his cryptocurrency exchange, Quadriga, also disappeared.

There was no way to retrieve the funds without a password, and Quadriga customers were told the money was lost forever. 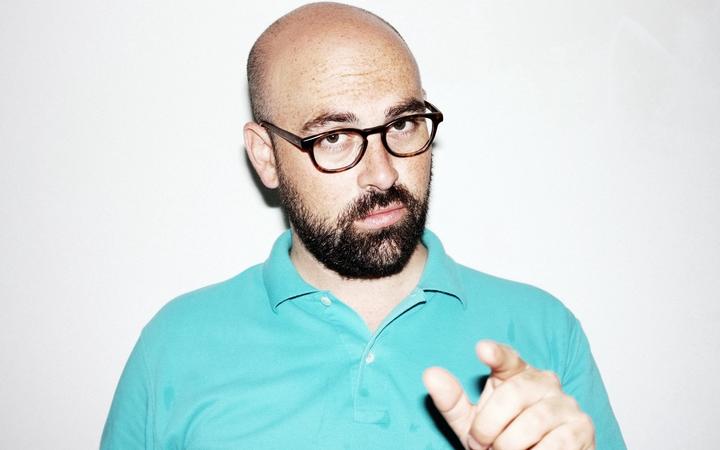 “Even in the six weeks that I have had this show out, there have been at least two major exit scams during that period.”

An exit scam, he says, is when insiders within a project, a coin or an exchange pretend that something went wrong, for example they got hacked, and then disappear with the money.

Despite crypto scams being relatively common, he says the Quadriga story was something else.

“I just thought there's never going to be anything that tops this. I mean, it's got everything. It's got a missing fortune, a mysterious death, a buried coffin that may or may not contain the person that it's supposed to.

“It was like each time you peel back one layer of the story, there was another mystery inside it. So, this felt like the one to really dig my teeth into.”

Cotten was an unassuming individual, he says.

“He wasn't a real flashy person, he wasn't out going to conferences and shilling his exchange, he was actually a pretty private person who constructed this pretty elaborate web of lies to hide what he was really up to.”

Despite being in the crypto game Cotten’s con was pretty old school, he says.

“As long as people have had banking, they've been doing this kind of thing, which is taking people's money and offering them outrageous returns and paying out the old customers with new customers money - and Crypto’s just a 21st century spin on that.”

His looks may have been youthful and innocent, but Cotten had form, Lammer says.

“He was running online Ponzi schemes from when he was 15 years old. So as a character, someone who was doing this while he still had braces on, that really hooked me.”

The end of Cotten’s life, just as his fraud was about to be exposed was bizarre, Lammer says.

Cotten died while on honeymoon in India.

“The honeymoon has a secondary purpose, which is that he and his new wife have donated money to have an orphanage built. So, they're going to the grand opening of the orphanage.

“But before this they’re touring around India for about a week. While he's in India, he flies into Jaipur, he gets a stomach ache, the hotel doctor sees him and says you should go to the hospital. And he goes to the hospital and within 24 hours of checking in to the hospital he had died.”

Cotten had Crohn’s disease and the death was recorded as natural causes.

After his death the story gets more complicated still, Lammer says.

“He had made out a new will, three days before the trip, in which his wife was set to inherit millions of dollars from his estate.

“And the fact that he had promised that if anything happened, a dead man switch would arrive with his passwords. And this never arrives. “

"A dead man switch is a regular email sent to an individual and if they do not respond to that email, after a period of time, the dead man’s switch is activated, and passwords are sent to a pre-nominated individual or individuals.

"As these mysteries sort of start building on each other, you start to replay the events of what happened in India and wonder if something more could have been afoot.”

Cotten had told multiple people that he had a dead man switch set up, Lammer says.

“Another mystery around his death was why was he was the only person who had the passwords to unlock the $200 million plus that were on the exchange?”

When his wife returns from India she is expecting to receive a dead man’s switch but nothing comes.

“She's tearing her house up looking for passwords. I've heard that they were cutting open furniture in his house, as one would if their husband's company owed people $200 million and you couldn't find it.”

It turned out the crypto currency sitting in password protected vaults wasn’t there.

“So, it wasn't actually that there was $200 million locked and they didn't have the password. That money was actually gone before the trip.

“So, then you start to wonder, Well, why didn't the dead man switch arrive? Well, maybe he didn't want to send a dead man switch because there was no money to unlock and that would suggest perhaps that he went to India knowing that he wouldn't be coming back.”

This was one of the largest frauds in Canada’s history, Lammer says and investors to whom he spoke took Cotten at face value.

“He kind of conformed to their idea of what a tech entrepreneur genius kind of guy would be like. He was youthful looking and nerdy, he was good at talking about crypto, he was a good evangelist for crypto, a lot of his business early on was drummed up at Bitcoin meetups where he would just go talk to people.

“I think he was someone that a lot of people projected what they thought this kind of industry should be like onto and didn't look very closely into who he really was, which was someone who had been involved in the online criminal underworld for many years by the time he was starting the exchange.”

Investigators have found some of the money, but it is pennies, Lammer says.

“Most of the money was long gone by the time people started looking for it.”

In the last two years of his life Cotten went on a spending spree, Lammer says.

“He bought a plane, a boat, about 12 houses around Canada and he did buy this private island from Tucker Carlson and his brother.

“This was an uninhabited private island that had been in the Carlson family for a while and it's basically you know, just a small island that was covered in woods and he clear cut the woods, put a deep-water dock in and built a pretty large house on the island.

“What his intention in doing so was, I can only speculate, but another detail is that the boat he bought, he asked them to put an extra gas tank so that it could be sailed to the Caribbean without refuelling - which is a pretty suspicious request in retrospect.”

So, was Cotten a calculating criminal or did he just get in too deep?

“Being a true criminal would suggest that you actually have a plan to take money off the exchange and run off with it. So, a lot of what we wanted to figure out in that story is this something that Gerald started out being legit, and then turned bad?

“Or is this a case of basically someone founding a bank in order to later rob it.”

There has been a formal request to have Cotten’s body exhumed, he says, amidst speculation he staged his death.

“A bunch of lawyers who represent the customers of Quadriga have said we think that Gerald is still alive, we'd like you to dig up his coffin and test the DNA of what's inside.

“And the Royal Canadian Mounted Police have not done that. As to whether they will do it at some future date it's possible but it's not easy.”

“As long as you put money in the bank vault at a certain period in history, people were going to try and rob the bank.

“As long as more money pours into the crypto ecosystem I think you're gonna see more and more audacious frauds.”

Exit Scam is available on Apple podcasts, Spotify, Odyssey, and the regular places you can listen to podcasts.