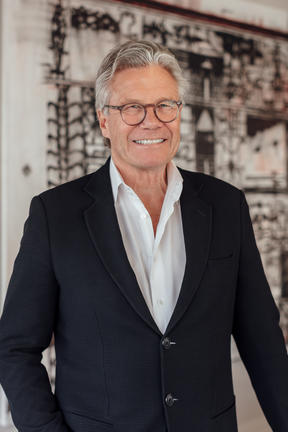 Peter Cooper is a billionaire and global investor who is perhaps best known for the transformation of Auckland's CBD through the redevelopment of Britomart. He was also pivotal in the creation of brewing giant Lion Nathan, and some people will be familiar with The Landing, a luxury retreat, winery and heritage project in the Bay of Islands - where Barack Obama stayed while visiting New Zealand.

Cooper is currently based in California, but at heart he's a proud Kaitaia boy who turned his humble beginnings into an incredible portfolio of works, donations, and assets. This week Cooper received the supreme award at the Kea World Class New Zealand Awards, which recognises people whose achievements are driving the country's prosperity, development, and international reputation.