When Atamira Dance Company formed in 2000 there was no Māori TV or radio and so young urban Māori sought platforms within which to express themselves. For some, dance was that platform.

“The Māori students from the different [dance] institutions, we kind of discovered a bond, a commonality between our experiences and we wanted to bring our thoughts and feelings as Māori people with our new skills around creativity," founding member and artistic director of Atamira Dance Company Jack Gray says.

“I think [contemporary dance is] a beautiful space for us to consider the many ways in which our experiences as Māori people filter into the world.”

It’s based on the Te Wheke model of hauora created by Dr Rangimarie Rose Pere, who passed away last December. 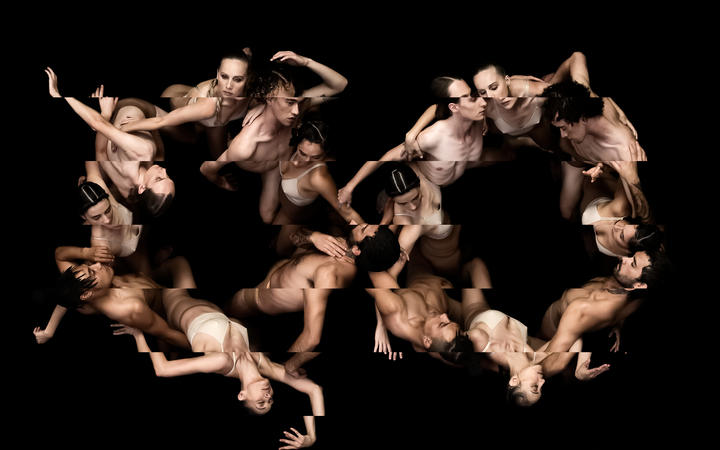 Looking at whakatauki and how we look back to move forward is part of the celebration, Gray says.

“I think no matter where you are on the continuum of time, you’re always taking the past with you, you’re always experiencing the possibility of new futures.

“It’s an amazing thing to be here in 2021 looking back realising that a lot of the things that we were exploring about identity and the struggles that Māori people go through and still experiencing today.”

Everyone is an embodiment of their particular story, Gray says.

“Everyone has the opportunity within the space of Atamira to consider their whakapapa, whether they have a strong recollection of growing up in a te ao Māori way or whether that’s a new thing and we consider all of the spaces in between, the challenges, the experiences and I think cultivate a way forward, and a way of reflecting that, innovating that and being able to share that with our audiences.”

“I’m smiling as I think about me as a little kid in a piupiu and standing in primary school and I was asked to do the whaikōrero in our cultural competitions when I was like seven years old.

"I grew up in Te Atatu in West Auckland and my father was from Tokumaru Bay, Ngāti Porou, my mother’s whānau come from the Hokianga so I guess somehow or rather I always had an inner feeling of connection to Māoritanga.”

“Back in the mid-90s, early 2000s we didn’t have Māori TV, we didn’t have Māori radio even at that point in time and so I think over the last 21 years of gestation as a culture we’ve been able to get more of a sense and a bit more aptitude around how it is that performance looks, and I think it’s incredibly diverse and varied.”

Having all come through westernised dance training, Gray says you learn about your body in a particular way that might be related to classical forms or forms that have been invented in America or Europe.

Māoritanga is about tikanga and blending the values that someone tries to uphold in everyday life, he says.

“I guess in the past, there’s this idea that choreographers are the bosses of everything and the dancers are just people who are there to be instruments, visual entities for other people’s benefit. I think that what we’ve done is continue to create healthy wananga where we’re upskilling ourselves.”

There’s an emphasis on tuakana-teina, where the older members of the dance company have come back for Te Wheke to impart their knowledge to the young dancers, Gray says.

It’s fantastic young dancers can come straight into the company from their dance training, he says.

“Oftentimes when we get them we realise their reo is not something that they’ve had a lot of contact with and that they have limited understanding of how to apply their mātauranga within a dance context.

“Those are the things that we are specialists at and that we learn about and we try to develop and I think that people really see the combination of all of those ideologies within our new work Te Wheke.”

Te Wheke is showing for two nights only at Auckland’s ASB Waterfront Theatre on 11 and 12 June, and then for three nights at Kia Mau Festival in Wellington from 17-19 June.