Tayi Tibble's first poetry collection Poukahangatus earned her the prize for best first book of poetry at the 2019 Ockham awards. 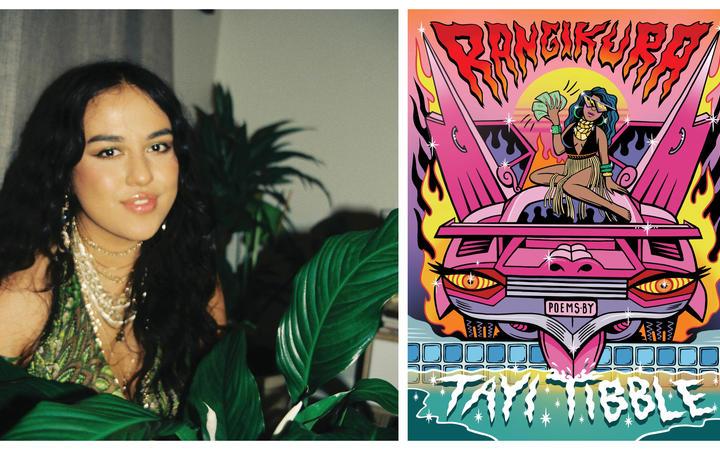 Now she has returned with Rangikura - in which she continues to display her talent as a young poet writing about urban Māori life.

Tibble (Ngāti Porou/Te Whānau ā Apanui) has completed a Masters in Creative Writing from the International Institute of Modern Letters, and has penned pieces for Pantograph Punch, The Spinoff, and The Wireless.

She says Rangikura which means red sky is a work focusing on indigeneity and reconciling that with modern life.

The collection is partly based on her experiences growing up as a Māori in Aotearoa in  a post-colonial settler society.

"There is a lot of pain in my mind. It is a bit darker in tone than my first collection."

She says this is partly because it was mostly written last year during lockdown, a difficult time for a lot of people.

The last time she had a lot of time to wait and think was as a teenager, during which she also felt she was in lockdown, and she had similar thoughts again of "waiting for life to start".

One poem speaks of a passenger being in a vehicle going fast, during which the soul leaves the body and the mind is wiped clean - which can be interpreted in both positive and negative ways.

"It's definitely intentional," Tibble says. "It's so important I think when it comes to writing poetry to leave space for the reader. I don't ever want to be a dictator or tell people exactly what I think or what I mean.

"You want to leave space for the reader to find something in it. I think that's the purpose of it."

Tibble says she writes much better when she can be frank and that includes using "the naughty words, the cuss words, but also the slang, te reo. I feel like [using] the amalgamation of all the different languages that people speak these days..."

The response from whānau has been positive, they are proud of her achievement and supportive, she says.

Tibble also writes essays and says she is open to moving into other genres, apart from poetry.