Rereata Makiha: Recapturing ancient knowledge - 'A language on how to understand the world'

Matua Rereata Makiha is a renowned Māori astrologer and a leading authority on the maramataka - the Māori lunar calendar - as well as traditional food planting and harvesting practices and kōrero tuku iho, or Māori history, handed down through generations. 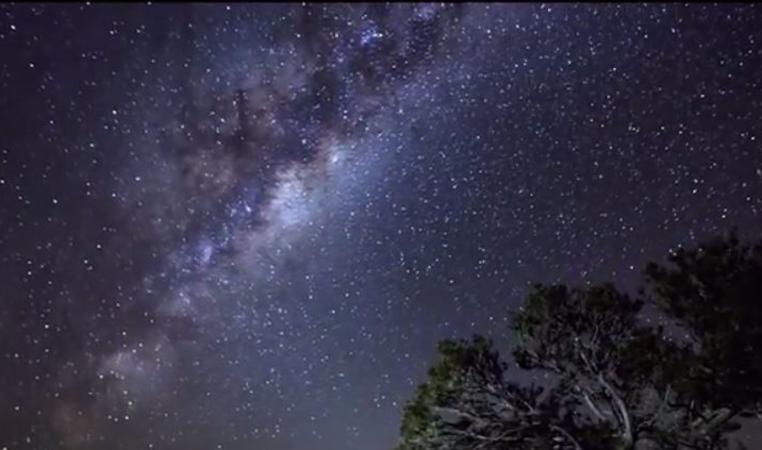 He spoke with Saturday Morning about why indigenous knowledge - mātauranga Māori - is now needed in schools more than ever for our tamariki/mokopuna Māori, and how that should be done. 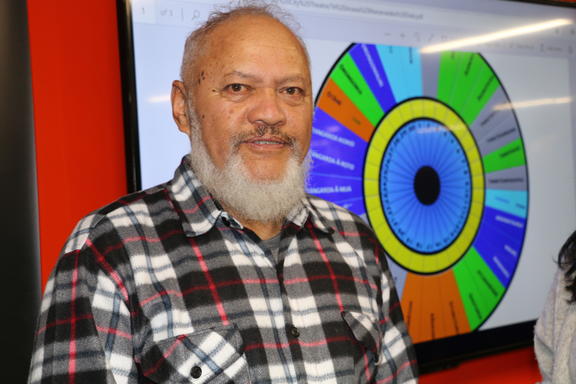 "One of those... is there's a tauparapara [recitation] left behind in the ancient whare wānanga [higher schools of learning] ... it mentions rākau: those actual rākau mark the upper canopy of a forest during the first phase [of the year] - known as matiti kura.  All these - how to understand environments, haven't been infused into our education system at all. In fact they were almost wiped out following the Tohunga Suppression Act, way back in the day.

"These wānanga moved around, and I have the diary of where these wānanga shifted to - different people's homes. It was an effort to avoid being detected I think. That's the sad thing about all this - now in 2021 we're starting to go back to recapturing all that ancient knowledge that had been passed down over thousands of years, and how to live in harmony with an environment."

Makiha spent eight years learning the traditional knowledge, and how to apply it.

"You had to wait until the sun set and then the tohunga would start reciting and you copied him, and it was a form of wānanga ... to infuse memory work into a person, because remember it was all oral history, the old people never wrote anything down, it was all passed on through oral histories

"And the only way to recall that deep fountain of oral histories was to have precise word triggers - and that's what the wānanga taught you, so without a word trigger it was impossible to recover all those old kōrero dating back thousands of years - prior to the arrival of our waka as I understand, some of them go back even 5000, 6000 years even."

It's not clear how many wānanga there were, but Makiha knows of six or seven, and says they were all over the place.

"Different houses of learning, some of them taught the use of the stars, others taught tauparapara, others taught all those pūrākau [legends and stories]. That was some of the learnings that we missed out on growing up, and it wasn't until recently that we sat down with some of our mates from down Pōneke, and decided if we didn't bring this back it's going to get lost.

So what are the benefits of revitalising and teaching mātauranga Māori?

"The first thing is as a guide for our mokopuna in the future - a thousand years from now. To guide the mokopuna in what we should be doing in this world where they talk about climate change.

"In a lot of this traditional knowledge that was passed on you can actually track the movement of nature and how we are finely tuned to nature. There's an old kōrero: tuia ki te rangi, tuia ki te whenua, tuia ki te moana. E rongo te pō, e rongo te ao: and that's always been explained to us as how
we are tuned in, we are part of to an environment, we're not separate from it.

Makiha has been working with whānau in Northland, showing them how to use tohu (signs) from the sky, land and sea, such as the appearance of Rehua (the Antares star): "when it rises in the face of the sun it triggers the peak flowering of the pōhutukawa and the northern rata, and it was known by our old people as... the third phase of our summer", and marked also by the eggs of te-ika-takeke or piper fish washing ashore.

"And two years ago that phase moved by seven weeks or more, but we were still able to track it because if you follow those tohu, when those tohu are in alignment those fish eggs come ashore again. That's some of our understanding we try to pass on to our mokopuna.

"You can track those changes, and some of those changes are predictable. These kind of things can be detected once people are tuned in to it, and that's what we're trying to do with revitalising the knowledge..."

Makiha hopes support will grow for teaching mātauranga Māori, but believes the tōhunga should keep their place as guides, protecting and overseeing the teaching, to safeguard it.  He is opposed to the idea of the Ministry of Education developing their own curriculum using the knowledge.

"Because they'll always get it wrong.

Makiha is working with kura kaupapa to develop waiata and materials, and is helping develop a wānanga, called: Taumata o Kupe.

"It's going to be a digital interactive learning platform, a self-directed learning centre where mokopuna can come along - they don't need to [do it through] school, they can come along and access all these old kōrero tuku iho that have been left behind by our tūpuna, to understand the world.

"The first whare of knowledge - of mātauranga - that's going into this Taumata o Kupe is around our voyaging and our waka, navigation."

"One of the sad things, of course, is that we grew up with the Ministry of Education teaching us the history of Scott and Amundsen making it to the South Pole - or nearly to the South Pole, not realising that over 1000 years before that our tūpuna Tangiia... had actually sailed to the South Pole and had gone back to report to his elders that there was no land to the south, but what they came across were islands of white coral floating in the sea that was cold to the touch.

Makiha was recently the keynote speaker at [https://www.tehaukomaru.org/ a waka symposium] held in Tauranga.

"We were never told those stories, even though they pre-date Scott and Amundsen by over 1000 years, and that's the sad part about allowing the Ministry of Education to lead these discussions. "

He believes teaching mātauranga Māori would boost the low participation of Māori and Pacific kids in science and stem subjects.

"We're hoping that we go back to our tūpuna science - bring them back into the kura, and I can guarantee you that there will be a change in engagement, especially at the senior levels in school, and having our tamariki being proud of how scientific and brilliant their ancestors were, navigating millions and millions of uncharted oceans, just by using the wayfinding techniques that our waka crews used today, that can sail all over the Pacific without the need for any instruments.

"Then we switch into the environmental sciences, and there's no science on this planet that can detect the arrival of those takake eggs for example, because you only have 20 minutes in the whole year to detect it - without those calendars there's no way of detecting it."

Makiha says his people's knowledge has been sidelined for more than 180 years, so he's not afraid of ruffling feathers by setting a decisive direction.

"I don't see what their argument is about not having a separate system, we've lived with one for more than 180 years."