Emily Karaka: Rahui and the art of resistance

One of Aotearoa's most respected artists, she spent the start of 2021 as the McCahon House Artist in Residence, living and working at French Bay where she witnessed the devastation kauri dieback is causing.

The works produced during that time can be seen at her exhibition Rāhui, on until 5 June at Visions Gallery in Auckland.

She has also been actively involved in Māori Land Rights and Treaty Claims issues negotiation, including at Ihumātao. 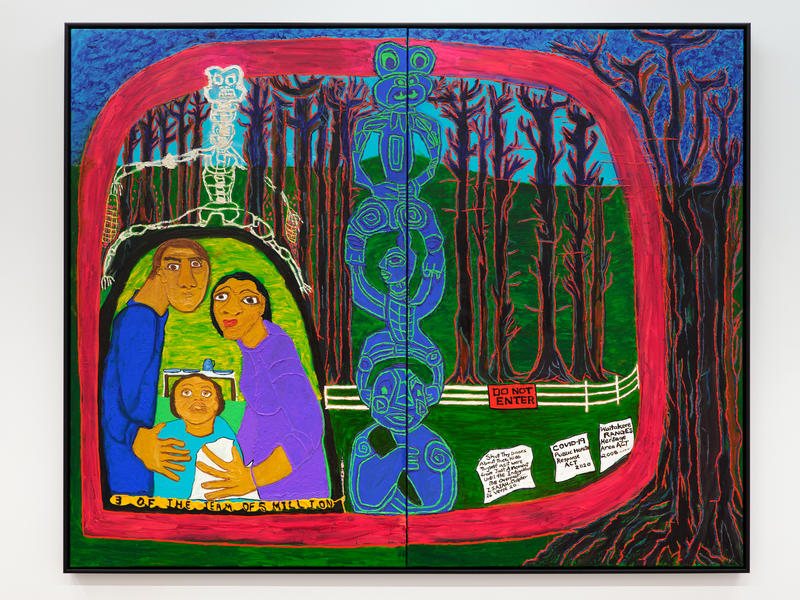 Emily Karaka "3 of the Team of 5 Million Do Not Enter" (diptych) 2021. Photograph by Sam Hartnett 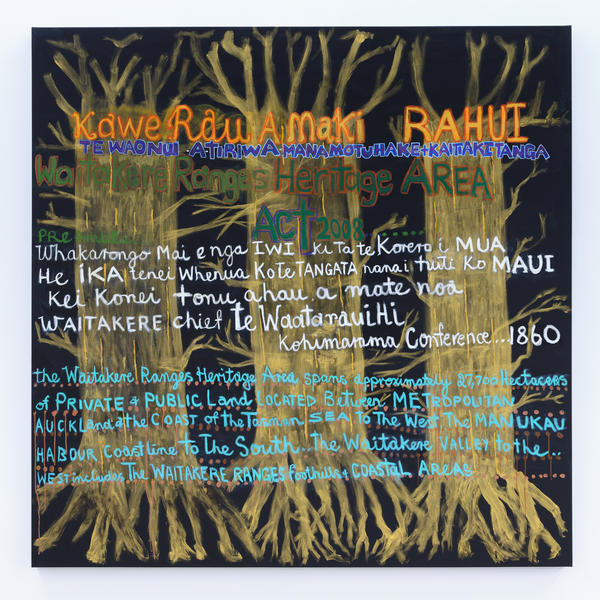 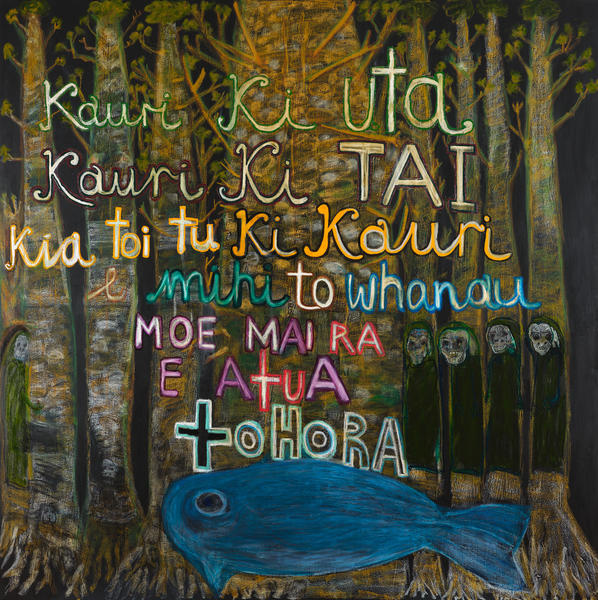 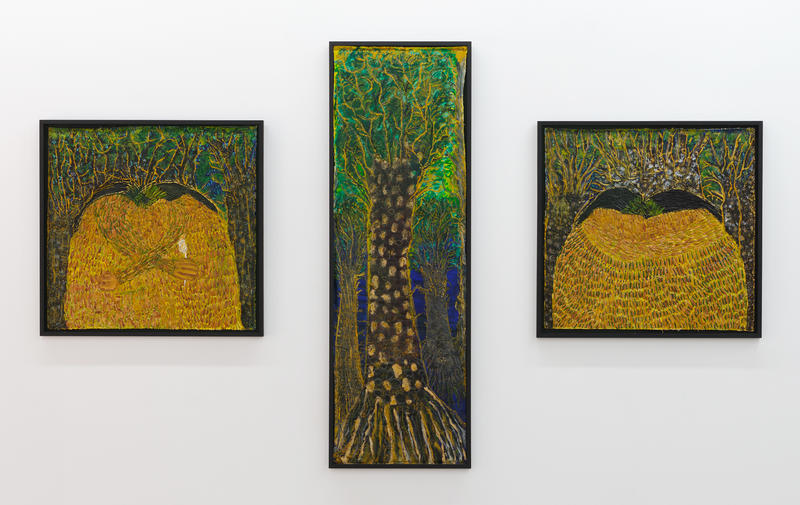 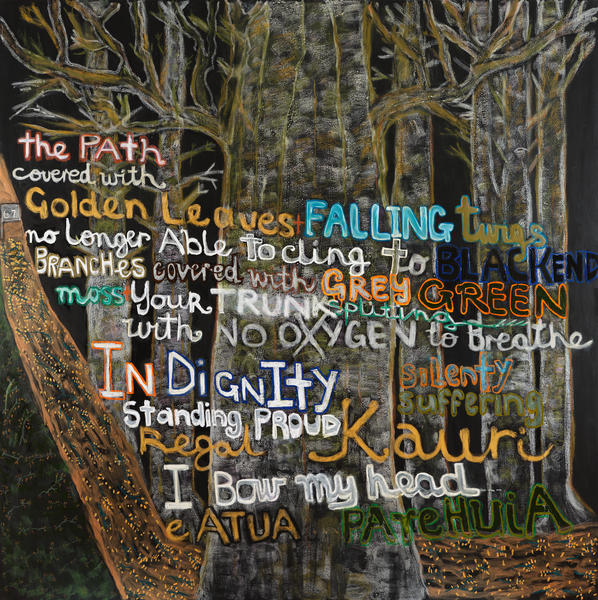 Emily Karaka "I Bow My Head" 2021. Photograph by Sam Hartnett 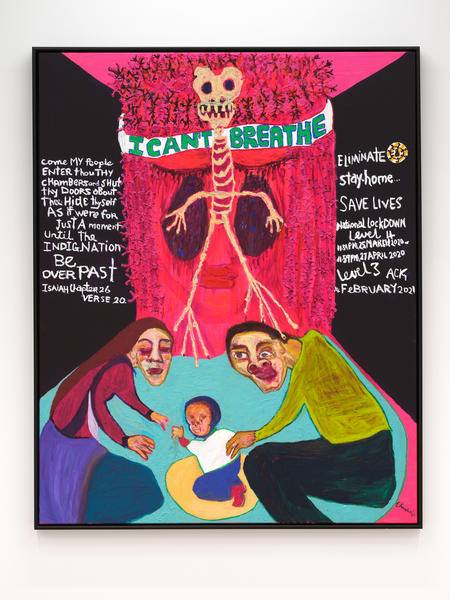 Emily Karaka "I Can t Breathe 2021". Photograph by Sam Hartnett 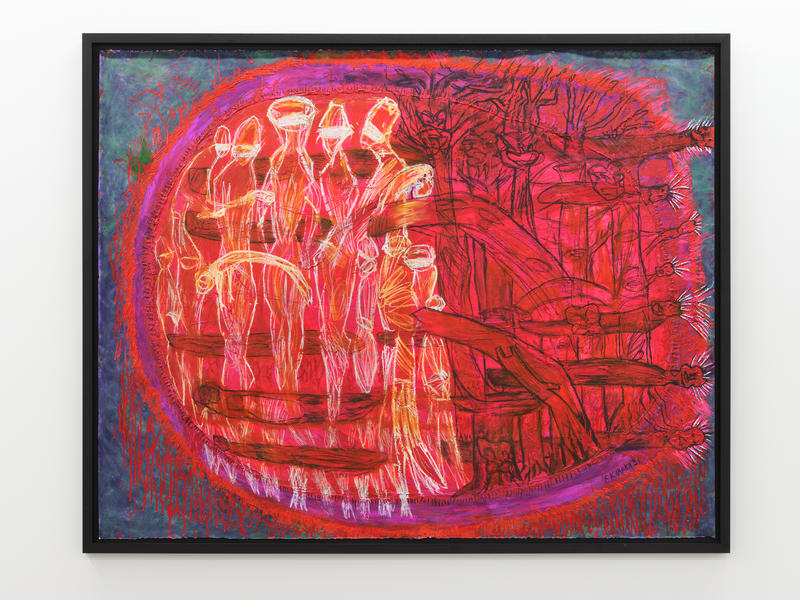 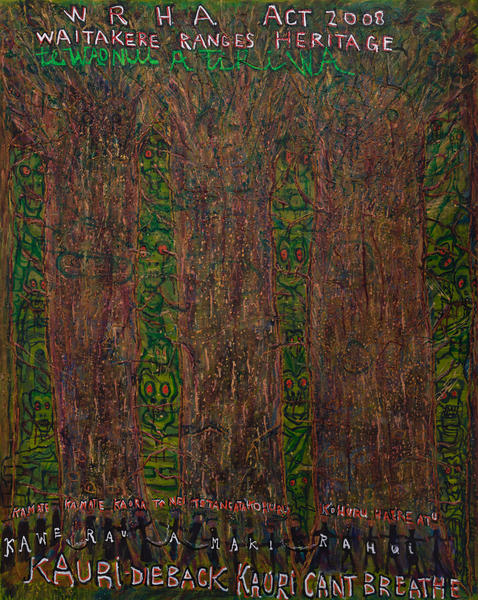 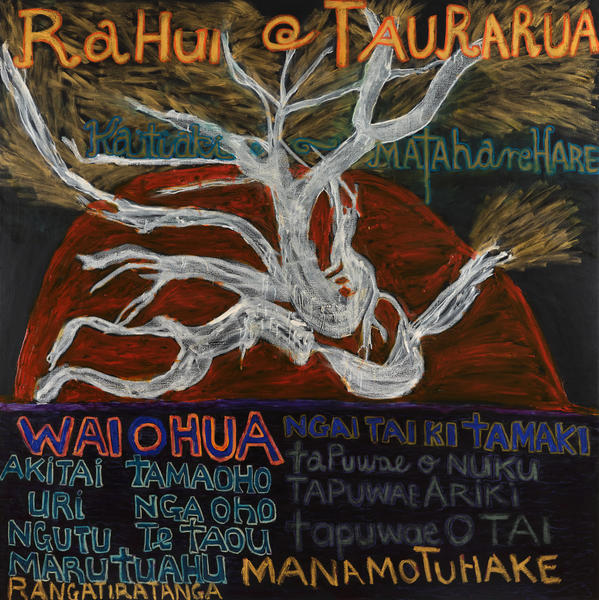 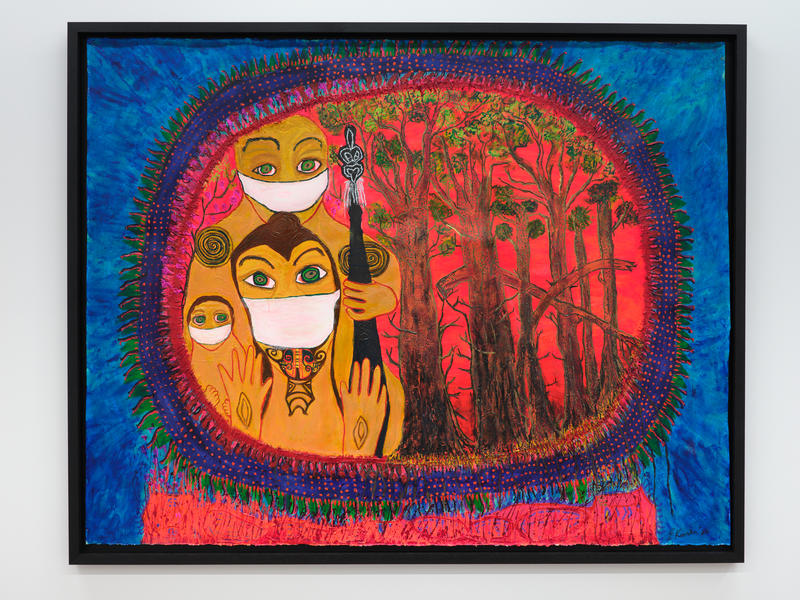 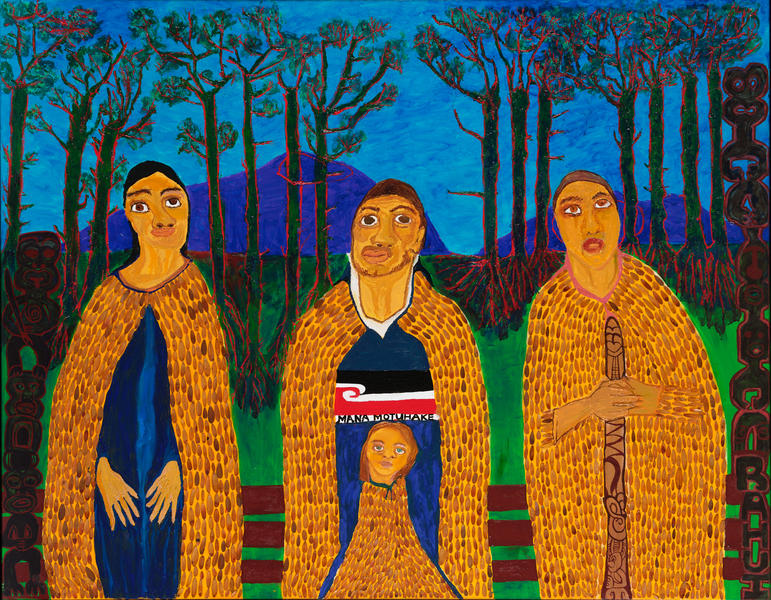 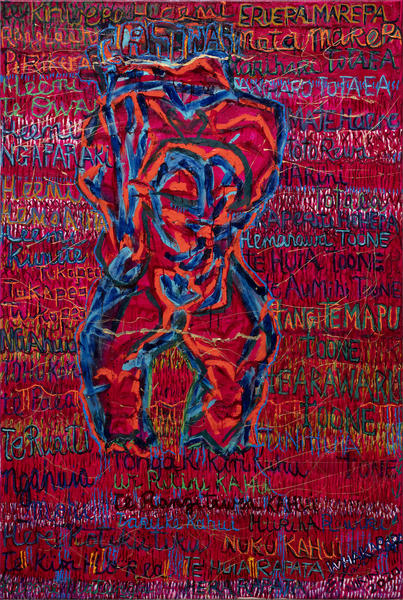 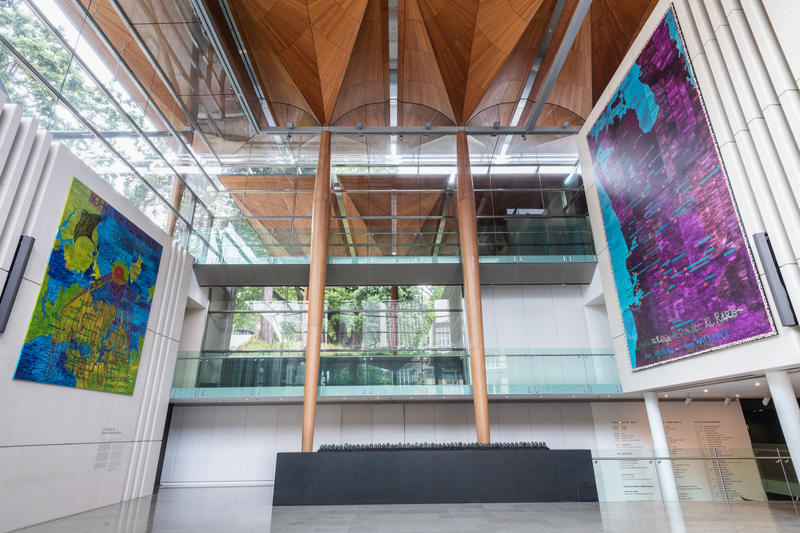 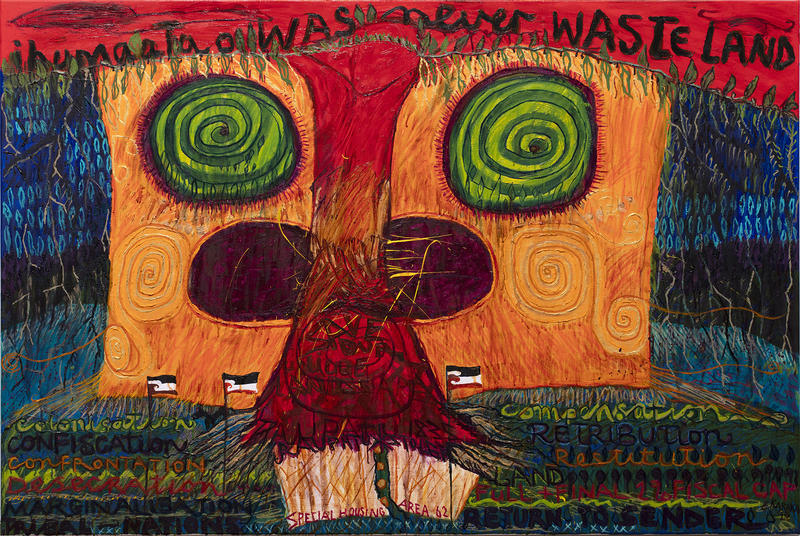 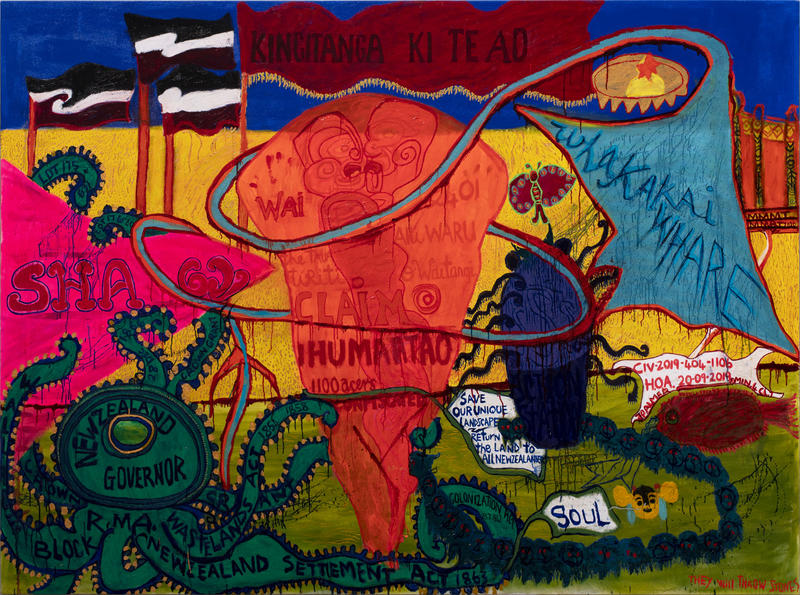 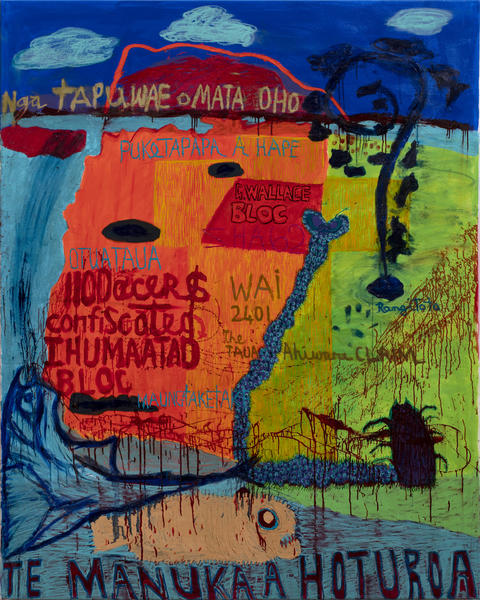 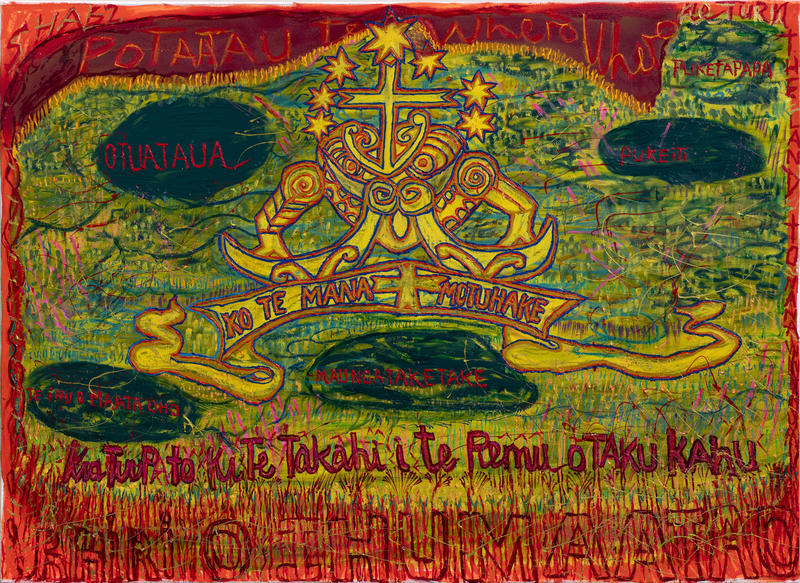 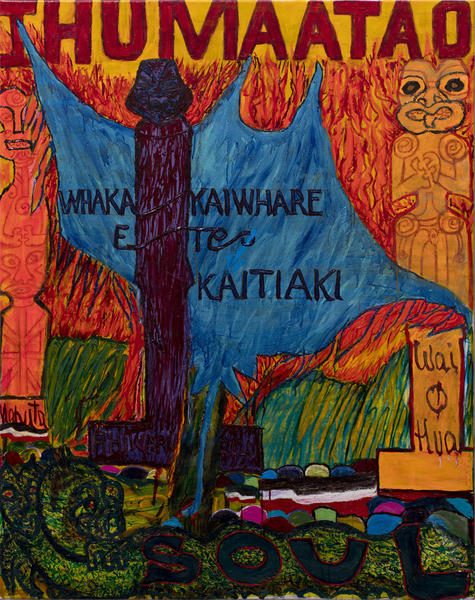 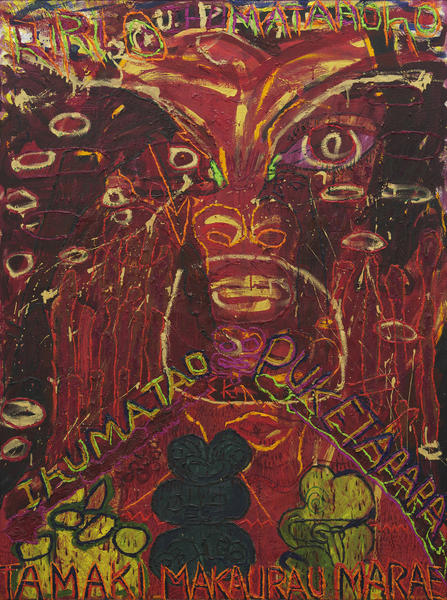 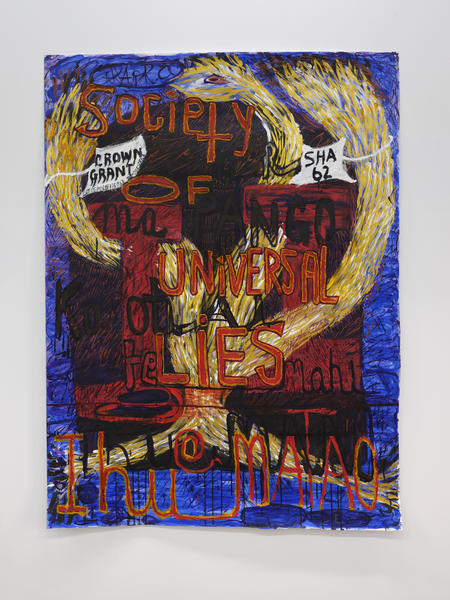