Author of bestseller The Vagina Bible Dr. Jennifer Gunter is a fierce advocate for women's health.

Whether it's telling Gwyneth Paltrow where not to shove her jade eggs, or campaigning against a company marketing vaginal douche to teens, "the Internet's Gynaecologist" holds no punches.

Gunter says menopause is not a disease - it's a planned change, like puberty. And just like puberty, we should be educated on what's to come years in advance, rather than the current practice of leaving people on their own with bothersome symptoms and too much conflicting information. 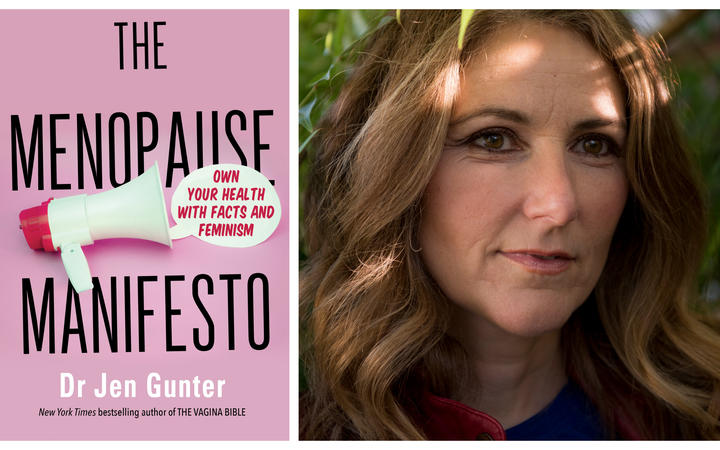 She told Kim Hill on Saturday Morning she wishes menopause was instead referred to as 'climacteric', a medical term which simply means declining levels of sex hormones and eventual loss of fertility.

Data shows now that menopause exists for a reason, Gunter said. Because growing a child and giving birth are difficult, and women need support post-birth, she said. The person who can help is often the grandmother, and that's because they don't usually have young children themselves.

"So this winding down of fertility and producing incredibly capable women in their 50s and older, who weren't saddled with a six or seven year old themselves, they were able to help and that contributed to perpetuation of the species or survival of the species."

But in Western society, ageing women have always been denigrated, Gunter said.

"But I think it's both, I think that menopause is clearly associated with symptoms. And it's clearly associated with medical conditions, for example rising rates of heart disease or osteoporosis. How some people manage with those symptoms could also be affected by cultural factors ... not only are you having hot flashes, but everywhere you turn you're told you're irrelevant, probably those things might be more bothersome to you."

Women are gaslit into believing that their bodies are problematic, so they get marketed or huge range of things to try to get rid of those 'problems'.

Gunter has publicly criticised Gwyneth Paltrow's endorsement of jade eggs, which the actress describes as enabling "crystal healing, and a Kegel-like physical practice".

"I think she's taken feminism, well she's taken misogyny, and wrapped it up with a pink bow and selling it as feminism.

"So telling women that they should buy your useless supplements or your useless jade eggs or whatever other useless product that she's selling, or you should trust your health decisions to someone called the Medical Medium. He talks with a ghost to get health advice. You know, Gwyneth Paltrow was the one who gave him a huge push."

How have women become so desperate to believe this sort of stuff?

Because feminism has just scratched the surface, Gunter said. While New Zealand, for example, has a female leader, so many countries were "still struggling under glass ceilings that are 1000s of feet thick, but they're made to look like they're thin that we could crack through".

"So I think that we've just had generations and generations of being told that we can't being called that we shouldn't been told that our bodies are inferior. And then we've been held to different standards because of it."

The epigraph in Gunter's book says for every woman, their awesomeness is unrelated to their estrogen, but without being an incredibly useful grandmother post-menopause, how do you feel OK about yourself?

Not listening to men is a good start, Gunter said.

"We have a long road to walk, because for generations, for centuries, for 1000s of years, women have been told that they're irrelevant in menopause, right? And there's that cultural weight that's everywhere.

"I mean, look at the TV shows, or the movies. You know, a 65-year-old man is partnered with a 25-year-old. If a 35 year old tries out for the role of his wife, you know, she's too old. Right? So I think that, the world around us, sadly, still reflects in many ways, what needs to be changed. And I think that we need to demand a seat at the table. And we need to be unhooking relevance from estrogen."