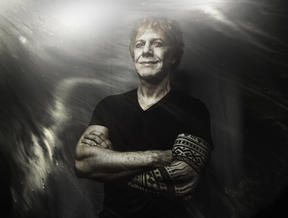 Danny Elfman is best known for writing the theme tune for The Simpsons, but as a film composer he's had a stellar career – four Oscar nominations and collaborations with directors Tim Burton, Sam Raimi, Peter Jackson and Ang Lee.