Jonathan Drori: The secret and surprising life of plants

When Jonathan Drori was a little kid, his dad would take him around Kew Gardens in the UK and tell him stories about the plants. Sometimes he would be given them to taste.

"I remember him feeding me a bit of opium poppy," Drori tells Kim Hill.

"And I remember, it didn't have much effect really, it just made my tongue go a little bit numb. But it had a huge effect on my teacher when I told her and she called the social worker."

He says plants and stories about them were very much part of his childhood.

He's since traversed the globe, aiming to reveal the science of plants by showing how their worlds are intricately entwined with our own history, culture and folklore. His new book Around the World in 80 Plants delves into the thick of it. 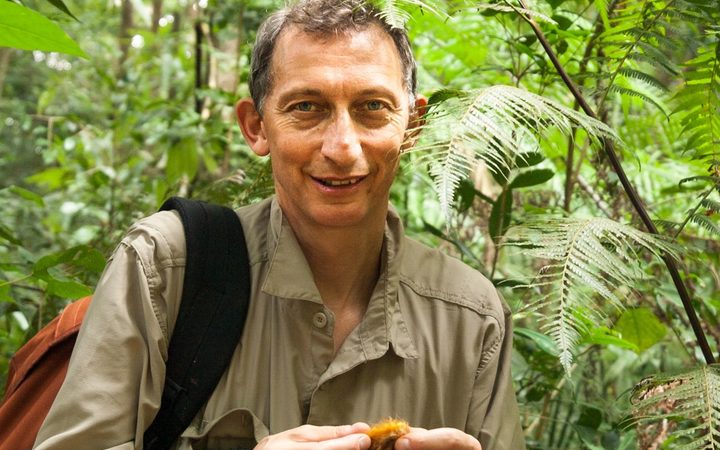 A lot of plants are gathered by humans as either as aphrodisiacs or to control fertility in one way or another, Drori says.

"So you've got the plants that act as contraceptives, and you've got plants that encourage people to have sex with each other. People are always finding more and more inventive ways to use plants for those purposes."

In countries where people have malnutrition they're going to be worried about food before being attracted to other people, they need something to sustain themselves, he says.

"So the very, very nutritious foods like avocados tend to have been thought of as aphrodisiacs."

Drori says when avocados were first introduced to the United States they were called Alligator Pears, but nobody was very interested in them. And the fruit’s legend as an aphrodisiac and made it more difficult to sell to the rather prudish American public.

He says when the fruit was rebranded to avocados, their popularity still didn't increase until the marketing people started to publicly dispel the idea that avocados are an aphrodisiac.

"Immediately, people thought, aha, we'll have some of that." 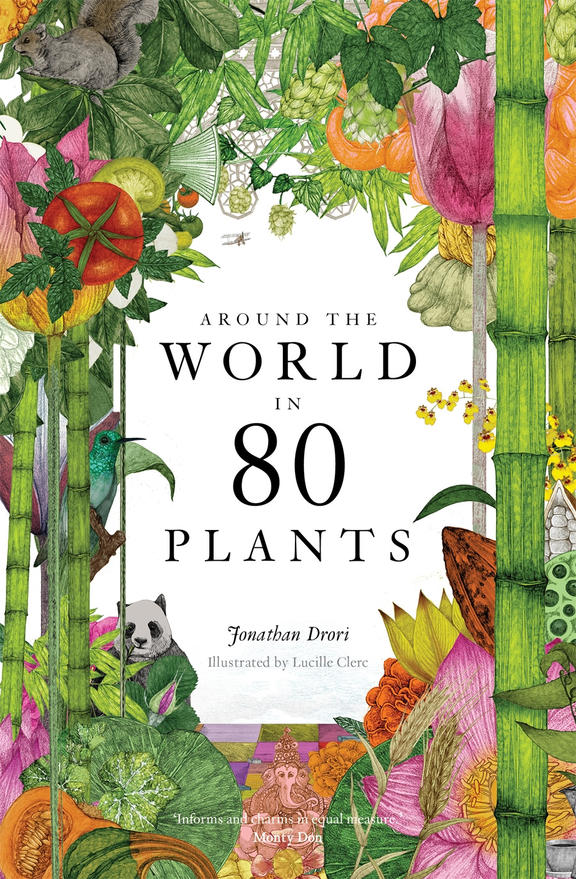 One of the other plants that has acquired a certain reputation, not for aphrodisiac properties but for hallucinatory properties, is wormwood. It's what absinthe is made of.

"In the 19th Century, when French soldiers were coming back from the Napoleonic Wars they had been given absinthe, which is a mixture of wormwood and some other herbs and things, but mainly alcohol. They'd been told it was a vermifuge, you know, to get rid of worms. And then yet again, the rumor went round that it was an aphrodisiac."

It became the 'in' thing to have, with clever marketing boosting its popularity, he says.

"So instead of just knocking back a slug of it, you had a glass with a special spoon on top with slats in it and a very fancy little water pot. You would pour the water through the sugar lump lying on top of the spoon into this kind of clear liquid that was emerald green and sparkling.

"As you poured the water in, a kind of chemical reaction took place and this thing went kind of oily, yellow, cloudy [a] kind of magic thing going on. And people just just absolutely went for it."

With its popularity came problems though, and people started to add chemicals to it, causing problems for those drinking it. It ended up being banned in many countries, Drori says, and only in the past decade or two has it made a reappearance in Europe.

You wouldn't believe what people would get up to with pineapples

"In the early 19th century, people managed to coax pineapples into growing in Britain, originally, they'd come with Christopher Columbus, over to Europe. Amazingly, one survived and of course, everyone wanted one.

"So when they managed to get them to flower and then to fruit by having these fantastic coal fired glass houses and things, they were associated with nobility and aristocracy, and so on. Of course the British being incredibly class conscious, all wanted one."

When they first grew in Britain, they were so expensive that even rich people wouldn't eat them, he says. "Instead, they rented them out for people to take to parties."

"You know how people have these chihuahuas that they take in a little handbag, to you know, as a sort of a posing thing, well people used to do that with pineapples. I mean, just extraordinary."

There was a time when the word pineapple just meant anything fabulous, he says.

"So people used to say, I went to a party, and it was just the very pineapple of a party. I met this guy, this chap was a perfect pineapple." 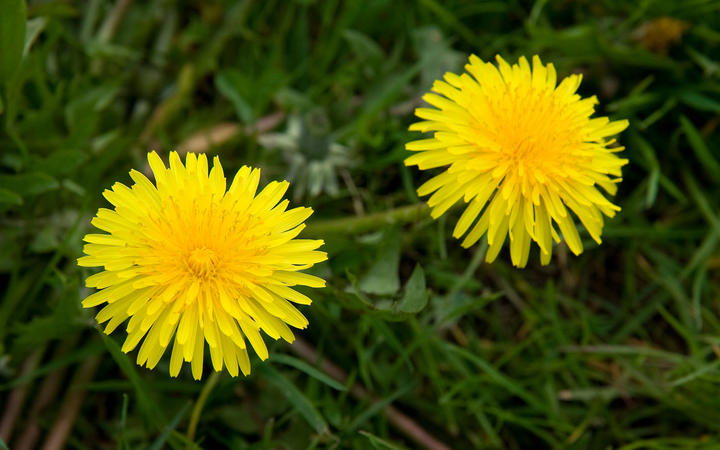 The humble dandelion may be more useful than you might think, in fact you can now even purchase tyres made from the stuff.

"There's a particular kind of dandelion called the Russian dandelion, which looks practically the same as every other dandelion, frankly, which is particularly good for making rubber out of. During the war when supplies from the far east to Europe were disrupted, they put quite a lot of effort into growing dandelions for rubber."

That's because of the latex found in the roots of the plant, which is there to protect itself.

The rubber tree may seem like the obvious source for rubber but Drori says to grow them requires chopping down forests. Dandelions, he says, can be grown on regular agricultural land.

"If you really want to go and see [wild] dandelions en masse, then the place to go is Estonia, where they've sort of embraced the dandelion as their national flower, and they have dandelion festivals and make dandelion jam and all sorts."

Dandelion leaves have also been said to be nutritious. Drori says it's the kind of thing that you need to be careful with, they can also make you need to urinate.

Licorice is another plant to watch out for when consuming. "You only need a handful a day for about two weeks to really throw your kind of bodily hormones off balance, and you start getting heart arrhythmia, and palpitations and all sorts of bad stuff happens," he says.

"One of the things that doctors ask when people are referred to hospital with sort of symptoms that don't have any other clear explanation is 'Have you been chewing a lot of liquorice?'

"I should say, having the odd liquorice sweet or ice cream isn't going to kill you, it's just you don't want to do it regularly."

How did people discover some of these plants were even edible in the first place? Drori wonders the same.

He says cashew nuts, as an example, are embedded in a kind of caustic oil "that dangles down in a sort of funny kidney shaped bean thing from beneath the fruit".

"That'll attack your fingers, let alone your throat and your stomach, so how someone discovered that actually if you get these things out and boil them up and roast them a bit, then they're really palatable and not poisonous at all. That sort of amazes me." 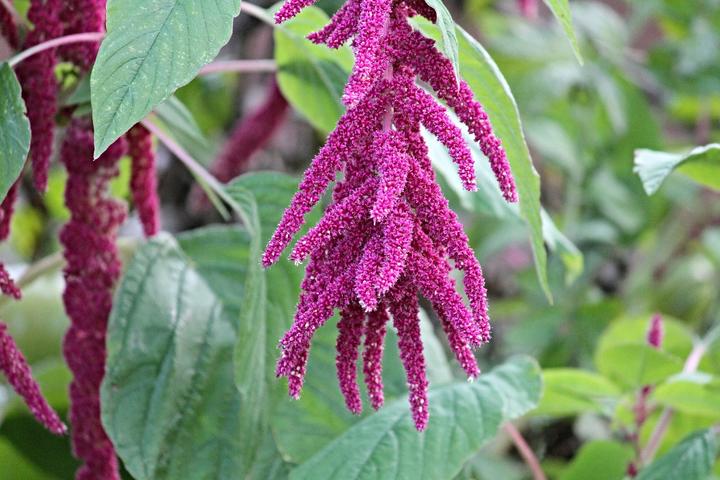 He says one thing we should eat more of though, is amaranth.

"Amaranth is a lovely plant that has this beautiful scarlet brush like inflorescence, it grows in Central America, though it's been planted elsewhere in India and Nepal now as well.

"[The plant has] lots and lots of tiny seeds that Peruvian people used to make popcorn out of, or mix with agave syrup and turn into little figures of people. Those figures were often deities and the Spanish conquistadors, when they arrived, were very disapproving of this plant because it seemed to mimic or possibly make fun of the Holy Communion of the Catholics. So they banned people from using the amaranth."

It wasn't re-established for about 500 years, he says. "Which is a terrible shame because not only are the leaves really good and high in vitamins and surprisingly high in protein for leaves, but the seeds have the complete range of amino acids that people need."

Nowadays it's a quite common garden plant, sometimes known as Love Lies Bleeding, but in the 18th Century, the French imagined nuns flagellating themselves with amaranth, he says, and named it accordingly.

Whether or not it was something nuns actually did, people who did partake in this kind of thing were the Romans, he says.

"Roman centurions posted to the far end of the empire on the border of Hadrian's Wall - which separates England and Scotland now - that would have been one of the worst postings, it was just terrible weather and the Scots were all out to get you.

"And they used to flagellate themselves with bundles of nettles to try and keep warm."

There's even a word for it - urtication, which refers to the deliberate stinging of the skin with nettles. Urtica is the Latin word for nettle, he says.