Peter Young: Fight for the Wild – Aotearoa vs predators 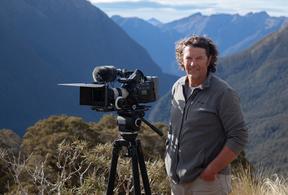 Documentary filmmaker Peter Young discusses his biggest project to date – the battle to save Aotearoa’s native species from an army of predators.

In 2016 Predator Free 2050 began, targeting rats, stoats and possums. It is Aotearoa’s most ambitious conservation effort ever and involves hundreds of thousands of New Zealanders.

Peter Young’s Fight for the Wild documents the battle to protect native species and explores the idea of a Predator Free 2050.

The first episode of the four-part documentary and the podcast will be released on RNZ on 10 May. The series will also screen on TVNZ 1 from 15 May.