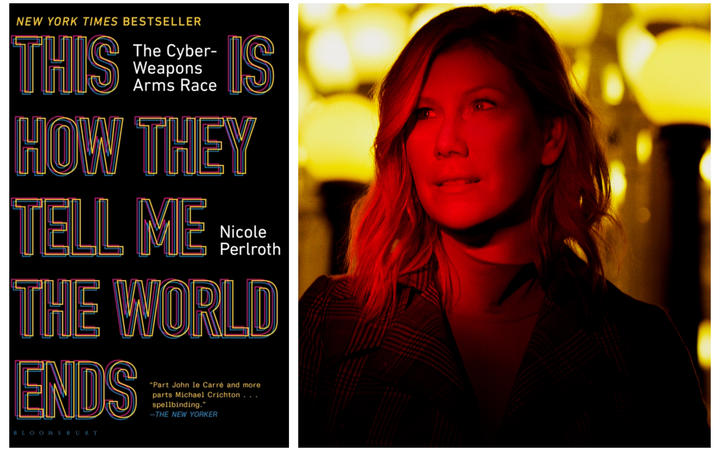 In her new book, This Is How They Tell Me the World Ends, Nicole Perlroth, the cybersecurity and digital espionage reporter for the New York Times exposes threats posed by an international market in cyberweapons.

For decades the US government has been collecting "zero days", a software bug that allows a hacker to break into and silently spy on a computer or device, paying hackers for their code.

This has fostered a global market in computer hacks that are now being used against the country. A high profile example last year involved a foreign hack of American tech firm SolarWinds, which then spread the virus to its clients, including huge corporations, the Pentagon, and other government agencies.

Nicole Perlroth has covered Russian hacks of nuclear plants, airports, and elections; North Korea's cyberattacks against movie studios, banks and hospitals; Iranian attacks on oil companies, banks and the Trump campaign; and hundreds of Chinese cyberattacks, including a months-long hack of the Times.

Perlroth is a guest lecturer at the Stanford Graduate School of Business and a graduate of Princeton University and Stanford University.