In 1996, the release of the powerful painkiller OxyContin ushered in a new era of both pain management and opioid addiction.

In the last 20 years nearly 500,000 Americans have died from an opioid overdose, the leading cause of accidental death in the country.

Investigative journalist Patrick Radden Keefe tells the story of how the Sackler family became a decisive force in this national tragedy in his new book Empire of Pain.

The super-rich family is known for its lavish donations to the arts and the sciences, but the source of the family fortune had been unknown for some time — despite their company Purdue Pharma being in the news for creating OxyContin. 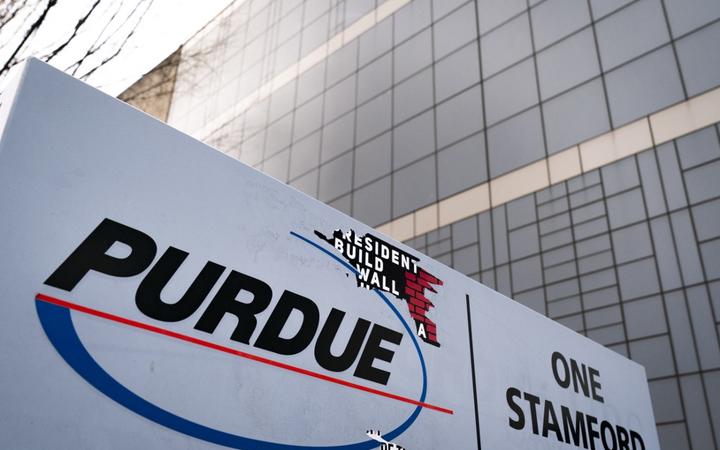 Keefe told Kim Hill he’s always been interested the distinctions we make to determine which drugs are legal and which are not.

Having written a couple of big stories about Mexican drug cartels, Keefe says he became intrigued when in 2010 they suddenly began to export much more heroin to the United States.

It wasn’t long before Keefe came across the company Purdue Pharma.

When it first came on the market, Keefe says Purdue Pharma marketed OxyContin as “impossible to abuse, virtually impossible to get addicted to”.

“Both of these things turned out not to be true but that was part of the marketing. Pretty quickly people discovered that if you crush the pills you could release a mammoth dose of OxyContin into your system very quickly and lots of people started doing this.”

In 2010, Purdue Pharma reformulated OxyContin to make it impossible to crush up and inject or snort.

But by this time, Keefe says, people who were addicted shifted to heroin which was cheaper and easier to get.

“And that’s the way that had been a prescription pill epidemic kind of morphs, right around 2010, into a heroin epidemic,” he says.

The company had always said it took so long to reformulate the pills because it was difficult to do, Keefe says.

“But if you look at the timing, they end up doing the reformulation just as the original patents on the old version of OxyContin are about to run out. This turns out to be something that pharmaceutical companies do, they call it ever-greening a patent, where you wait until the end of the patent and then you come up with some tweak on the product and that resets the clock so you ... can continue to have the exclusive right to produce the drug and charge a lot of money.”

At the same time, Purdue Pharma said the old formulation of OxyContin was unsafe — after it had spent years selling it, Keefe says. Regulators agreed, giving Purdue Pharma exclusive right to produce the reformulated version while at the same time preventing its competition from producing the old version.

“It would be impressive if it wasn’t so evil.”

The story the company tells is that they only realised there was a problem in early 2000 when the press started reporting accounts of drug addiction.

“In my reporting I learnt that that’s not true," Keefe says.

He says it’s one of the most significant moments in the story. 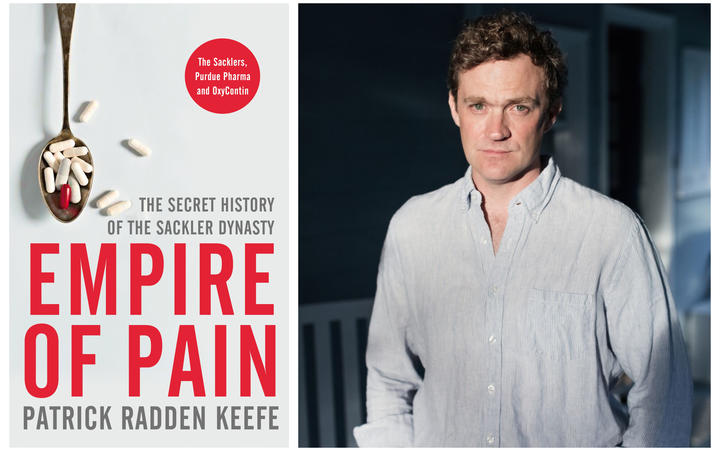 Keefe says the OxyContin story is the story of three brothers - Arthur, Mortimer and Raymond Sackler.

In 1952, Arthur bought a pharmaceutical company for his brothers to run. Until the late 1970s the company sold products like ear wax remover and laxatives. Keefe says it began to innovate with its first painkiller, and predecessor to OxyContin, MS-Contin. Its active ingredient was morphine.

“It was a great success but at a certain point the patent was running out and the family and their senior executives get together and start saying well what can we do, our profits are all going to disappear, what else can we use with contin. It was at that point that they stumbled upon OxyContin.”

MS-Contin could only be taken in small doses, whereas Oxycontin was to be taken in big doses.

“Some of the most significant, and to me shocking, documentation that I found while doing the research is these conversations — among at least one member of the Sackler family and then a series of their senior executives — where they had done focus groups and they found that doctors believed that OxyContin was weaker than morphine, not stronger. There are these incredible emails where they say ‘it’s the strangest thing, doctors don’t seem to understand that OxyContin is actually much stronger than morphine, they think it’s weaker. Let’s not do anything to make them realise they’re wrong’.”

Keefe says in the 1950s, Arthur realised that if you’re in the business of selling pharmaceuticals it’s not the consumer you’re trying to reach, it’s the doctor.

For periods of time, Purdue Pharma was spending $9 million a year on dinners for doctors. “They knew they were getting a very good return on investment,” Keefe says.

“I think to this day the Sacklers feel they have nothing to apologise for because they’re just terribly misunderstood and they never did anything wrong, I don’t think it’s that there’s a real reckoning with what they’ve done and they're trying to paper it over.”

Patrick Radden Keefe is a staff writer at The New Yorker and the author of Say Nothing: A True Story of Murder and Memory in Northern Ireland, as well as The Snakehead, and Chatter. He also created and hosted the popular podcast Wind of Change.