“People used to say I look cool. These days, people ask me why I look so serious. Mine is one of the many faces of Young Onset Parkinson’s, an (as yet) incurable brain disease. I was diagnosed five years ago. I've kept it quiet until today. #ParkinsonsAwarenessMonth”.

Toa Fraser’s first feature film, No. 2, won the Audience Award at the 2006 Sundance Film Festival and lately he has been working on the series Sweet Tooth, which screens on Netflix later this year. 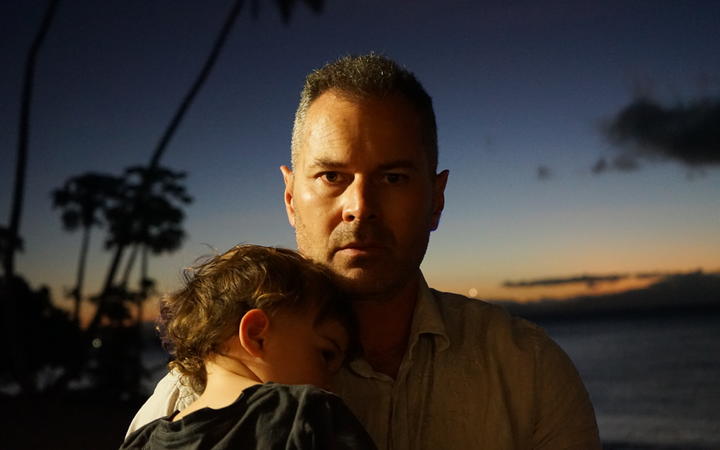 Fraser, 46, told Saturday Morning "it has been something that I have been kind of aware of for the last at least 10 years, I want to say, and officially got diagnosed about five years ago".

Before the diagnosis, he "certainly was very anxious about some of the symptoms."

"They were not obvious at the time. So I often got asked about my voice and people were like, 'what's wrong with your voice, have you got a cold?'.

"And I had since, you know, very early in my 20s had sort of a twitching in my sleep and shouting occasionally, which apparently is one of the sort of early warning signs, but, you know, in my 20s I didn't do anything about it."

"I didn't do that. But certainly for a long time, you know, I didn't feel like I was very comfortable sleeping with anybody."

Eventually he tried for a diagnosis and had a few minor misdiagnoses based on his tremors.

"The initial diagnosis was, which is apparently quite common, especially in young, you know, relatively fit people, was benign, essential tremor.

"And for that, you get put on like a sort of calming thing. I can't remember the name of it now.. which is sort of the drug that they give to like Olympic shooters and stuff to calm the nervous system. But it wasn't effective.

"Ultimately, I went to see a GP who I had not met before until I took my then four-year-old daughter to have a checkup about her asthma. And he was an older dude and I really admired him. He was very sort of straight talking.

"But he sort of stepped back. And I always remember his face. He sort of had a ghost in his eyes. And at that point he said, 'Yes, you've got a skin infection. But I think we need to be talking about Parkinson's'.

"And that was kind of the week before Christmas. Quite confronting. But I do remember saying to him, you know, 'thank you' and at that point, I felt a massive sense of relief actually, because I knew that there was something, you know, really wrong, as I say, my voice, my tremor.

"I guess at the moment that he said that, you know, I immediately remember that my grandfather, who I never met, had Parkinson's and indeed, you know, quick Google of my symptoms led straight to that word. So, as you say, I'm sure there was also an element of unconscious denial." 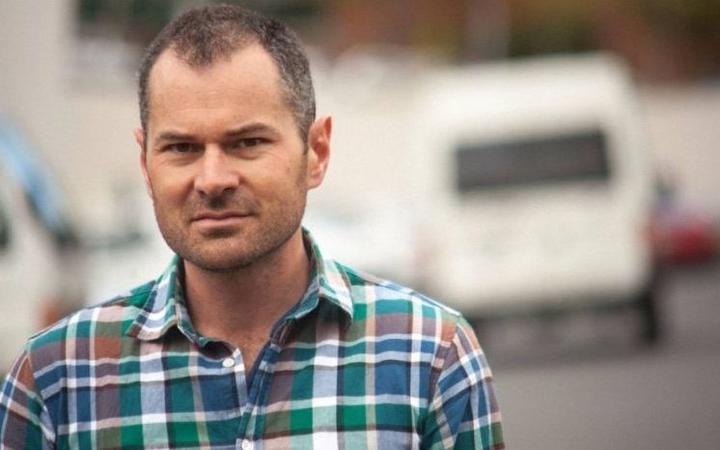 He thinks it was the "smallness" Parkinson's causes that tipped the doctor off.

"One of the things about the condition is that it really conspires to try to make you very small. You know, you hunch your shoulders, you shuffle your feet. Your voice diminishes, your handwriting gets very small."

Fraser thinks that's due to the effect on the motor skills.

"That doctor, I will forever be grateful for him, you know, taking the courage to say that. I was a stranger to him. He was retiring within a few weeks. He didn't have any obligation to drop that bit of knowledge on me at all.

"But, you know, there was certainly plenty of instances in the years prior where people would say random things to me, like 'What's wrong with your voice?', 'Why do you look so scared?'."

That was a result of something called masking, he said.

"The muscles in your face don't work as well as other people. And especially in moments of high stress or adrenaline, like at movie premieres, for instance, when you're in the spotlight and sort of needing to present, those moments are definitely moments where people go, well, you look really scared."

In the past five years he has only told his immediate family and a few very close and trusted friends "and also a few sort of random people that I've worked with that have been very kind to me as well over the last five years".

"It was one of my very strong instincts, almost immediately upon being diagnosed that I wanted to keep this quiet.

"I guess I just wanted to not be treated any differently and live a normal life as much as I could. And I also was very concerned about the impact on my career, I guess.

"I will always remember the fact that my TV career sort of took off at the very time that I was really struggling with the fact that the symptoms and then quite soon after that, the diagnosis.

"The first episode of TV that I ever did was a very beautiful episode of Penny Dreadful, where I and my crew were locked in one cell, one insane asylum cell in the 1800's with Eva Green, Rory Kinnear and Patti Lupone for I think two weeks.

"That was the last thing that I did prior to diagnosis, and I kind of emerged from that cell in Ireland and have been very grateful to travel all around the world since then, having a great time working with incredible collaborators and actors and crew and writers and and everybody making some really cool things."

Despite the "smallness" caused by Parkinson's, film sets were Fraser's safe space, he said.

"As a child, before I even got onto film sets, they were sort of my safe place. Movies were my escape as a child. And they have continued to be that sort of place for me as a working practitioner.

"And also, you know, on film sets, you're surrounded by weird people. You know, we're all misfits and outcasts and, you know, we wear random clothes and we do we call lunch in the middle of the night and we do crazy stuff. On film sets I have always felt comfortable.

"It's been more in, you know, day to day life running into friends I haven't seen for a while in cafes or, you know, on the street and having these very awkward conversations where, you know, I can see that they're sort of trying to gaze into my being and ask what the hell is going on with this guy, but for whatever reason, they haven't asked."

'I was compelled to do it'

It was a relief to have the news out there.

"I fantasised, you know, for a long time about the day that I would talk about it publicly.

"And I have to say, you know, there was no real reason. I guess the Parkinson's Awareness Month sort of spurred it last week.

"You know, I was kind of sitting at home with nothing better to do, I guess, than go on Twitter and finally, finally put it out there. I was compelled to do it at that point.

"It was an obstacle in my relationships with other people, you know, that I would be trying to keep everything down, but I think just the physical, muscular pain of trying to hold it in check became an obstacle."

It was a grandfather on his Fijian side who had Parkinson's - and as far as Fraser knew, only him.

"There may be others. It's a very big family. You know, one of the great things, one of the real joys of having spoken out about it in the last week is, you know, all the people that are getting in touch with me. And apparently there is a genetic link particular to Pacific people that I'm very interested to learn more about.

"It's a cliché to say, but I've been blown away by the love and support... And one thing that has been kind of incredible is the amount of men that are in my circle that are really comfortable with the words, I love you.

"And, you know, the amount of love that has been coming to me in such a sort of open way has been very humbling."