For the last 20 years, he has been teaching a class on the Russian short story to his students at Syracuse University.

He shares a version of that class in his new book A Swim in a Pond in the Rain. 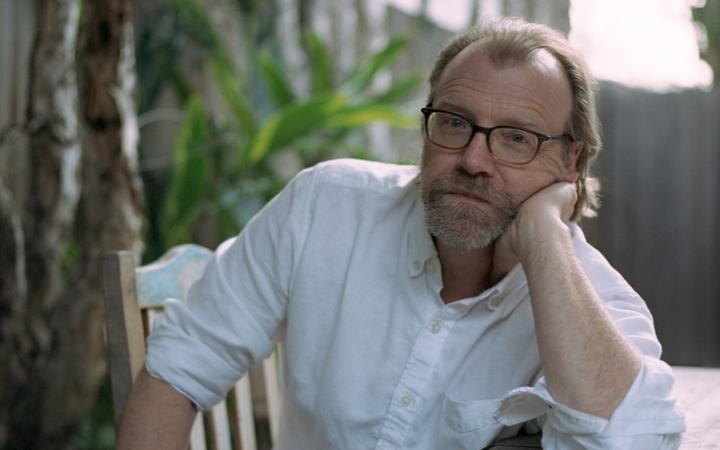 Paired with famous short stories by Chekhov, Turgenev, Tolstoy, and Gogol, the seven essays in this book are intended for anyone interested in how fiction works and why it's more relevant than ever in these turbulent times.

Saunders tells Kim Hill he didn’t get into Russian short stories until he was a graduate student at Syracuse and his teacher, Tobias Wolff, read them a Chekhov story.

“I’d read Chekhov before and I thought he was OK, but Toby Wolff is such a great reader and such a generous person and he read this thing called the About Love trilogy and it just slayed. Everyone in the room was laughing and crying and so happy to be there, and that’s the first time I realised that short stories are the most entertaining thing you could ever do and from that moment on I was kind of a convert.”

He says he would love to be able to learn Russian and read Chekhov in its original form, but after taking an introductory course while he was in Russia, decided it wasn’t going to happen in this lifetime.

“What I’ve heard from people who speak and read Russian is that Tolstoy and Chekhov are almost translation-proof. The language is so simple and so straightforward that even a poor translator can convey a lot of the meaning.”

Saunders says that, earlier in his career, he aspired to a terse, realist, Hemingway style of writing. 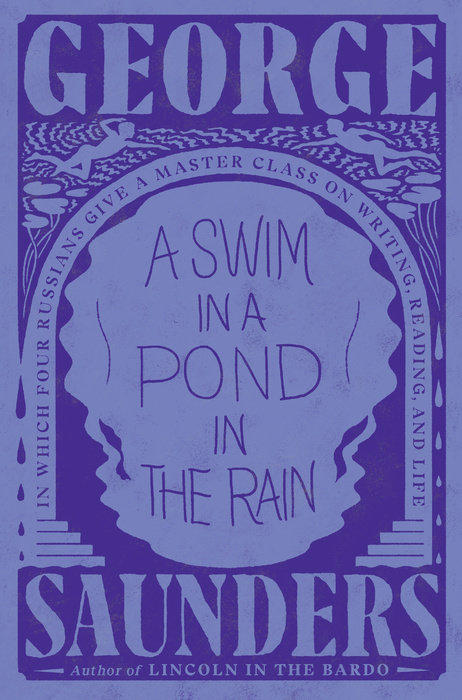 “I was having no luck at all. We were married, I had a couple kids, and my writing was going nowhere. I wrote a huge novel that was a total disaster without a lick of humour in it, it was just Hemingway-redux. I didn’t even send it out, I showed it to my wife, and she told me not to.”

Following that, he got down on his writing and had a break where he was working and occasionally making cartoons for fun.

“I brought those home and my wife read them and loved them. It was maybe the first time in four years anyone had reacted positively to anything I’d written. Somehow the light went on and the lesson was that it was OK to be entertaining.”

Saunders didn’t publish his first collection of short stories until he was well into his forties and lived a life with varied careers before he came to writing. He believes sufficient life experience is a boon for a writer and will often encourage applicants to his course to stay in the world a bit longer.

“There’s a tendency here for talented kids who are undergrads to just want to come right into an MFA programme, and there’s a tendency for them to think that’s the only way to do it and I really try to discourage that.

“I’ve seen time and time again that, if two students come in who are equally talented, the one who’s been out in the world even for a few years is going to have better luck generally… and undergrad will come in and be very talented and have a lot of skill but, because they haven’t been buffeted by the world, they don’t have anything to write about.”

He says there are exceptions to the rule, for instance Flannery O’Connor whose illness meant she practically never went anywhere, and Saunders says he’s had a couple of students who were ablaze with life at 22-years-old and wrote beautiful books and stories.

“In general, I like to see someone who’s been out and has hit their head on the ceiling a bit and comes in a little befuddled or mad or inspired because then the technical stuff just becomes things for them to use.”

Saunders says he often becomes nervous about introducing a new cohort of students to old Russian stories with no internet that are full of samovars and snow, but he’s had some of the best moments of his career teaching the class.

“They’re all stuck someway or another. They’re struggling with their stories and they haven’t found their voice, they don’t know how to end their story, and in the good moments you can actually see, in the front of the room, four or five people having major breakthroughs.

“As a writer I’ve often felt that it’s a beautiful life but it’s a little bit lonely and it has the potential to be a little bit selfish; you’re working away on your stories so that you can make a good impression on the world. But those moments aren’t selfish. The self gets subsumed into this group and it’s really nice… that endures, and I appreciate it more and more as I get older.”