Women activists were protesting against all forms of oppression in 1984 when Auckland university lecturer and playwright Mervyn Thompson was kidnapped, beaten and chained to a tree by six women who accused him of being a rapist.

Thompson was never charged with rape, and his kidnappers have never been identified. That same year, Bidge Smith became Auckland University Students' Association Women's Rights Officer and spoke out in support of the anonymous women who carried out the attack.

She appears in the documentary Six Angry Women which premiered on TVNZ 1 Monday 8 March at 8.30pm and can be seen on TVNZ OnDemand. 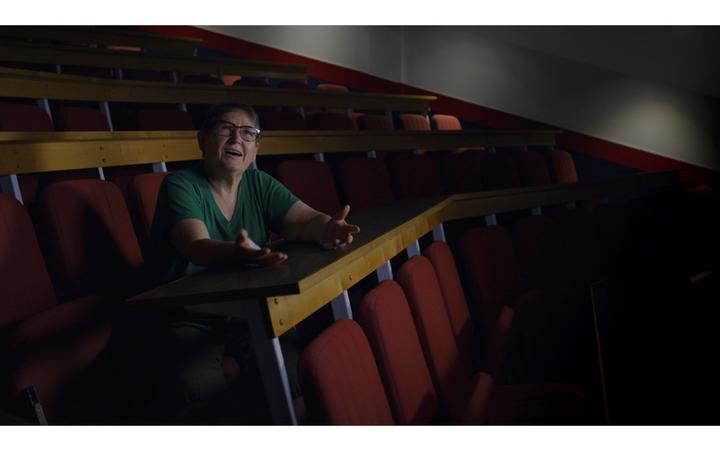 Smith joined Saturday Morning and told Kim Hill that it’s a long and complicated story. She says she doesn’t know who any of the women were, but she wouldn’t tell her if she did know.

And while Thompson’s guilt or innocence was never established in a court of law, Smith says rumours abounded and there were several women who came forward reporting their experiences to the women’s association.

“Their experiences were a wide range of things, some of which would not be regarded as rape but would be regarded as inappropriate in a variety of ways. Some of the things described would be in a much more murky place about whether you would call them rape or not.”

In the years since, Smith says it’s much easier for women to speak out and be heard. But back then, it was “very hostile.”

“It was an invitation to get massive amounts of public humiliation and a nasty, intrusive, cruel attack on you without any likelihood that anything would happen to the perpetrator.”

In the documentary, there is a woman who says she was the one who was raped by Thompson. Smith says she knew the women and was part of a group that went around campus putting up posters that said ‘Mervyn Thompson is a rapist’.

“I was satisfied by the story that had been told to me by the person concerned that that was what had happened, that it was rape.”

She acknowledges that, if the story wasn’t true, the group played a big role in destroying the career and life of Thompson.

“Those of us who took those actions have a responsibility for that. We had an impact on his life. We acted believing we were doing the right thing at the time.”

Thompson’s brother admits in the film that Mervyn was a well-known philanderer and Smith says that, within a university context, that comes with the baggage of a power imbalance.

“What I can tell, working both for Rape Crisis and as a relationship counsellor for a number of years, there are plenty of situations where two people are engaged in exactly the same event and have a completely different view of what has gone on.

“If people can’t recognise in their own behaviour that it’s inappropriate, then society needs to start telling them and it’s not going to do that until somebody starts talking.”

Smith says that, when she first heard about what happened to Thompson, she was both shocked and glad.

“I was horrified, it was a really shocking thing, but I was also elated because it was people standing up and doing something.”

She suspects that very few people know who did it.

“I think that’s quite amazing, that people kept that secret… because it is the kind of thing you would want to talk about, but people didn’t.”

Following the attack, Smith admits that many men around the campus and beyond walked in fear. In the women’s associate, they kept a ‘hot and cold’ file on men at the university and students could come in and write down experiences they’d had with them.

“It’s an incredibly dodgy thing, there’s no question about that, because there’s no corroboration. But it does come back to that situation where, if there’s no system that allows you to identify that unacceptable behaviour and deal with it in a clear, institutional kind of way, then what are you going to do.”

Another thing that came out of the attack was the women’s association got sexual grievances procedures officially established at the university.

“That was an enormous fight, the institution did not want to set those up at all. So, I must say, the staff unions were very supportive in helping that happen.”

While there were passionate debates on both sides of what happened, the violence and torture was a step too far for many would-be supporters of the women who attacked Thompson. However, Smith says the stories about what was done to him are probably more colourful than what actually happened.

“That doesn’t take away from the fact that he would have been absolutely terrified. He did not know what was going to happen, he may well have thought he was going to be killed and that is an appalling thing to have happen. I don’t want to experience that.”