“I will not be lectured about sexism and misogyny by this man,” said the then Australian Prime minister Julia Gillard in a 2012 speech.

She was referring to then leader of the opposition Liberal Party, Tony Abbott.

A Liberal senator Bill Hefferman said she was unfit for leadership because she was “deliberately barren.”

And Germaine Greer criticised her for choosing jackets that that did not disguise her “big ass.” 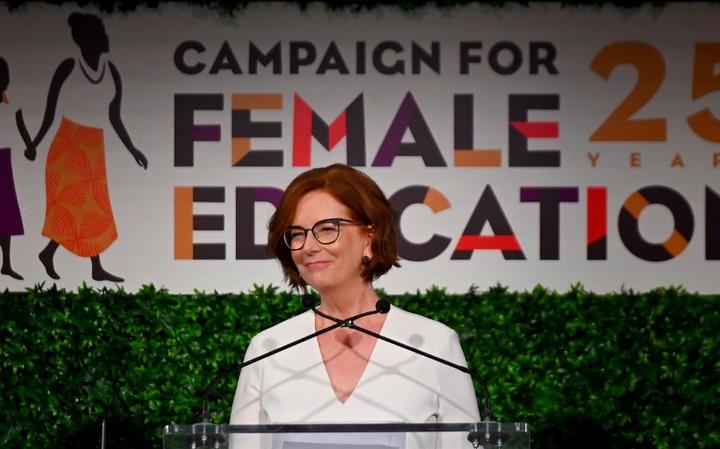 Gillard was Australia’s prime minister from 2010 to 2013 and for her latest project she has teamed up with Nigerian economist Ngozi Okonjo-Iweala - the result is Women and Leadership: Real Lives, Real Lessons.

Okonjo-Iweala made history last week when she was appointed head of the World Trade Organisation.

They have talked to some of the world’s most powerful women including former president of Chile, Michelle Bachelet, Norway’s Erna Solberg, the UK’s Theresa May, Liberia’s Ellen Johnson Sirleaf and Jacinda Ardern about the real-life experience of being a female leader.

One thing all the women agreed on was the judgement that came with appearance, Gillard told Kim Hill.

How female leaders dressed caused not only commentary but judgement, she says.

“So, if we think of the prime minister of the UK, Boris Johnson, with his mop of blond hair and his dishevelled look which he’s famous for, people comment on that but they don’t judge him.

“Whereas I think a woman who appeared dishevelled with hair everywhere day after day would be judged on it.”

Johnson’s predecessor as leader of the Conservative Party, Theresa May, was pointed about this, Gillard says.

“She said a woman who looked like that would be unlikely to be pre-selected by her political party let alone end up leader of it as Boris Johnson has.”

Gillard is determined that the book be realistic but not off putting.

“We want women to go for it, we delve in a chapter we call the ‘role modelling riddle’ into what it is to show women who are aspiring the best path from women who have been there.

“The role modelling riddle is so named because the research tells us that if a woman like me comes on a show like yours and all she talks about is the extra burden, the extra barriers, how gendered it is, then that does put women, particularly young women, off.

“On the other hand if woman like me comes on a show like yours and says; ‘it’s fine, nothing to worry about here, noting to see here, it’s all good’. One, I think I’d have an authenticity problem but two, women listening conclude wow if it’s all really just bounced off her, then she must be super woman and I’m not super woman, so this isn’t for me.”

The answer, she says, is a middle way.

An optimistic message from the book, she says, is the more women who lead, the less are the gendered barriers faced by subsequent women leaders.

“Your own nation can proudly say that, you are one of two countries on Earth to have three women leaders, the other country is Iceland and that has enabled you to normalise the image of a woman being prime minister of New Zealand.” 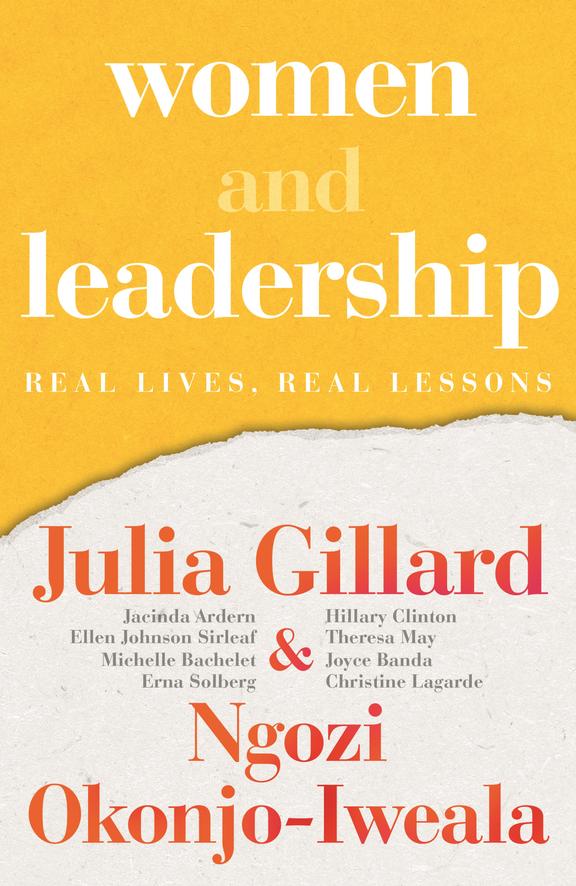 The book draws on the work in the field of neuroscience by Cordelia Fine at the University of Melbourne, Gillard says, who has debunked the men are from Mars, women from Venus myth.

“She’s looked at all the neuroscience and said this isn’t right our brains aren’t actually different. What is certainly different is our social conditioning.

“And so, from the earliest, earliest days a boy who is telling other kids what to do in the playground will be seen as a natural leader.

"A girl who is doing that will be seen as a little miss bossy boots.”

This leads to women adjusting their behaviour, she says.

“What we find over time is women intuitively, unconsciously, organically adapt to this social conditioning  and so the style of leadership they tend to display is one that combines strength and empathy, because coming from a woman we see that through the prism of gender, through the prism of stereotypes in all of our heads, we see that as an acceptable style of leadership.”

The handling of the pandemic has shown the value of female leadership, she says.

"But I’m also really conscious that if this leads us to a place where we say we will vote for and support women who are amazing, in the way that your prime minister is amazing, but we will vote for kind of ordinary men.

“Then we’re baking the sexism in because by definition the amazing women are going to be fewer in number than 50 percent and for gender equality we should be aiming for a woman and a man to be sharing leadership in roughly equal measures.”

Looking back on her own prime ministership, she made an error to not face up to the sexist commentary sooner, she says.

“I thought that ,as I got about the job of being prime minister, over time that would fall away, and it would be back to politics as usual - and in Australia obviously that’s a very robust thing, but politics as usual.

“Whereas what I actually found was the longer I governed, and the more the government did things, particularly controversial things like carbon pricing, the more gendered the environment became. The gendered insult became the go to weapon.”

If she could go back in time she would make a different judgement, she says.

“I would take on the early manifestations of sexism and not assume they were going to simply sort themselves out.”

Gillard is currently the inaugural Chair of the Global Institute for Women's Leadership at Kings College London, which seeks to address women's under-representation in leadership positions.

She also hosts a podcast called  A Podcast Of One's Own where she shares the stories of prominent female leaders.