And the kind of communication she is interested in isn't just the language of chemicals and colours they use to attract pollinators. Her research also looks at how different plants can communicate with each other. 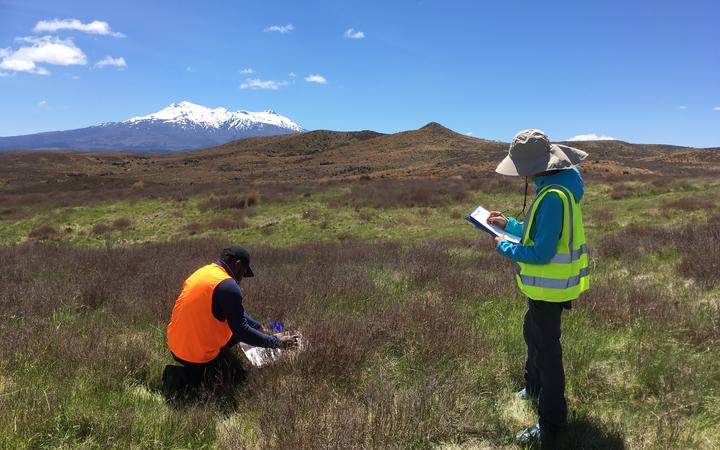 She's finding that invasive plants such as heather and Scotch Broom can suppress communication by local plants.

Dr McCormick tells Kim Hill an obvious example of plant communication is that between flowers and insects – flowers put out a smell that attracts pollinators.

Less obvious to us is that plant roots similarly put out what’s called volatiles to attract insects, in many cases for the plants to use as bodyguards.

“When plants are attacked by herbivores, they completely change their smell. It’s equivalent to screaming, they’re screaming for help, and then those scents will attract enemies of the herbivores such as predators that will attack the insects feeding on the plant.”

This interaction, she says, turns into an arms race as plant and insect adapt. For instance, there are herbivore insects that can suppress the plant from emitting its call for help.

Dr McCormick has been conducting field work in the Tongariro National Park along the Desert Road where they are investigating invasive plants.

“One thing we have noticed is that when there are lots of invasive plants, native plants go quiet – meaning they smell less – they reduce the emission of those volatile compounds.” 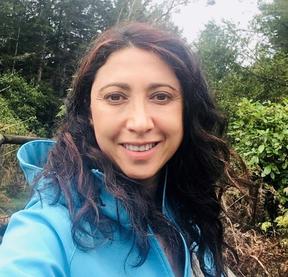 She says they don’t know exactly why this is happening, but they have some hypothesis:

“In the first place, there’s a lot of underground communication, and underground those plants are competing for nutrients. So, there’s a level of competition where the invasive plants are depleting nutrients… it challenges the native plants and, in finding themselves short of resources, they may be having to allocate those resources to other primary functions rather than to communication. So that could be one reason why.”

Another factor is that plants of the same species are able to communicate with one another and will share resources among themselves to reduce competition.

“One way of cooperating is also through scents because if you are a flowering plant and release lots of scents you are attracting pollinators which are beneficial to your kin. When you’re surrounded by other plants, you might want to reduce those scents to deprive the competitor from taking away those vital pollinators.”

McCormick says they will use the money from the Marsden Fund to explore the reasons why communication between plants may be changing and what practical implications that change could have for the ecosystem, particularly for native plants and insects.