Director Vincent Ward is known for challenging and ambitious movies like Vigil and Map of the Human Heart and he's now working on a true story about two sailing champions. 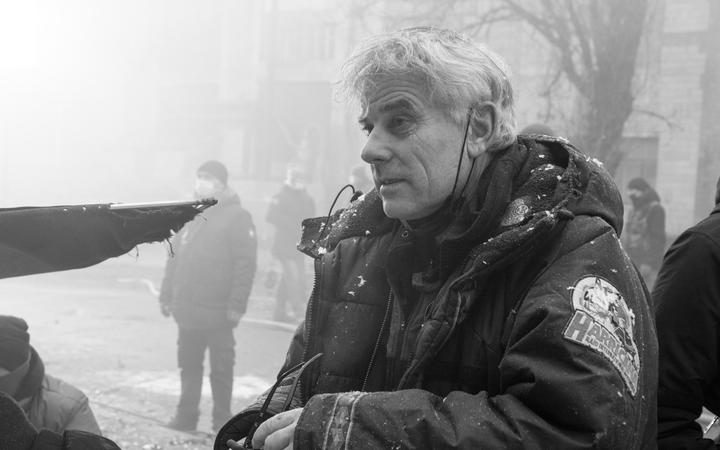 Ward's resume also includes The Navigator, What Dreams May Come, River Queen and Rain of the Children. Ward is also an accomplished scriptwriter and painter and was awarded a New Zealand Order of Merit for his services to film in 2007.

In October, he started filming in Ukraine on his latest film Storm School, with more filming planned in China, UK and Australia in 2021.

The film is based on a script co-written by Ward and long-time collaborator Louis Nowra and tells the story of two dinghy sailors, who overcome adversity to win gold medals at the London 2012 Olympics.

Filming in Ukraine is focussed on the harsh childhood of one of the central characters; so-called "medal maker" and one of the world's greatest sailing coaches, Victor Kovalenko, who guided Australian sailors to six gold medals.

Kovalenko was a Ukrainian sailor who met with physical and political adversity and had to give up sailing but then became a brilliant coach, Ward said.

"He starts with women who at that point who are not sailing in the Olympics, a group of women that are not really sailors by and large but they are athletes and in them he sees something special."

Ward said the film's other main character is Chinese woman Xu Lijia, who had partially impaired hearing and eyesight, potential cancer of the thigh and back and shoulder injuries.

He said much in the film seems to be related to injury and sickness.

"Right before the Olympic Games in 2012 her coach proposed to her while bicycling, she crashed her bike and had a terrible hand injury which meant that she probably wouldn't sail in the Olympics."

He said the pair meet and the story deals with how they manage to face life and their experiences, as well as the fact they are both from the Eastern Bloc and have come out of Communist regimes.

Ward said he took the film over from Australian director Rolf de Heer after he was no longer able to make it due to his wife becoming ill.

Storm School: 'It's a school of hard knocks'

Ward said they are now in Ukraine shooting the film after realising that Covid-19 could stymie things.

Ward said he has met and extensively interviewed both characters and they are both "utterly fascinating and charismatic". 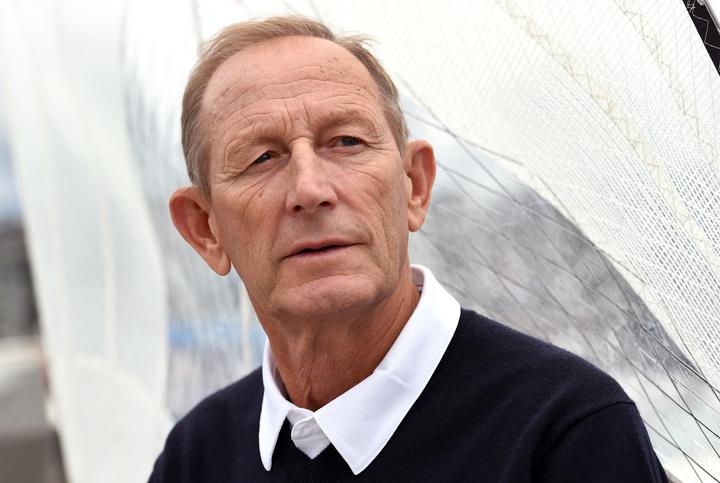 The film is not a documentary but "a full-on intimate epic", he said.

"The great thing about a sports film, which essentially is the genre, is by and large you don't have to have a lot of sports in it, you can fill it up with whatever interests you.

"It's a retelling of the past, largely through Victor, but a lot of it's reimagined and it's very much about his growing up and his character ... picture this between seven and 12 you have a boy whose only toys are hand grenades, munitions and a Schmeisser machine gun."

Kalvenko's childhood friends also managed to find old weapons and a number were injured through playing with them, Ward said.

"So it's a school of hard knocks, that's why it's called Storm School."

There were two incidents that caused Kovalenko to give up sailing, Ward said.

His finger nearly came off in a boating accident but he managed to come back from that despite being told he would not be able to sail again.

"The first time round when he should have given up he didn't, but the second time round after training for two Olympics, now a Soviet champion, there was a boycott."

But then the Soviets boycotted the Los Angeles Olympics in 1984.

"Suddenly he gets the news, he's got his new uniform, he's ready to go and then bam, it's a knock out."

Ward said a big chunk of the film is about the childhood of the characters but the payoff comes at the end of film.

"Then it has this huge payoff race for the third act, which is the 2012 Olympics when Victor has his teams there, he knows Lijia she has her team there and her coaches and they're both competing there and they both win."

Ward said about a quarter of the film which will be shot in Ukraine, China, England and Australia is now completed.

The film should be finished in about two years time, he said.

Ward said he has always been fascinated by the sharp edge where different cultures meet.

He said he has lived and worked in many different countries.

"I generally end up working in a language I can't understand, it's sort of become a given and I've got very good at reading people now. They get three quarters of the way through a conversation in Ukrainian, or Russian I can't tell, but I know what they're talking about."

Ward said after recounting what they said he finds he normally has it right.

Ward said Covid-19 is accelerating in Ukraine like everywhere in Europe.

But Ward said the rule is that if he or the main actor gets Covid-19 then the film stops, otherwise filming keeps going.