Stevens specialises in the history of Awarua (Bluff), a key Ngāi Tahu settlement, and his book A World History of Bluff will be released next year by Bridget Williams Books. 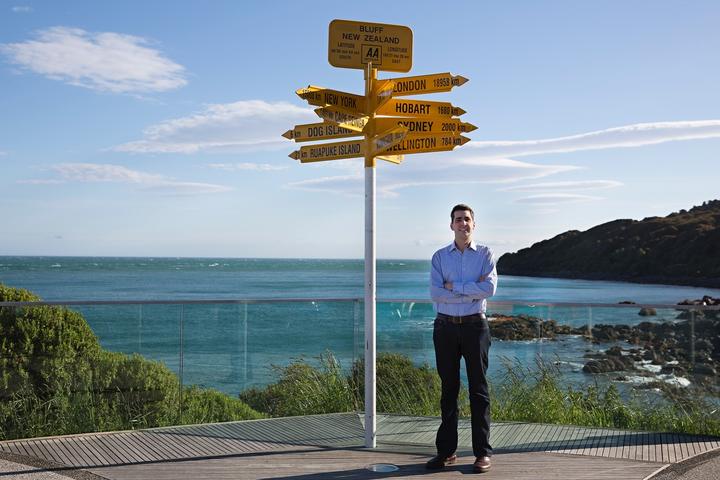 According to the Royal Society, Stevens is one of "a small group of Māori scholars who have moved out of university appointments and into iwi-centred positions in order to develop fresh perspectives upon Indigenous histories."
In his case this meant moving from a teaching position at the University of Otago to working as a freelance historian at the Ngāi Tahu Archive. His work stresses the importance of seafaring, and the forces of international trade that shaped the area.

The first permanent settlement at Bluff was around the 1820s, he told Kim Hill.

"The whole region is discovered within 150 years of the Polynesian discovery of the New Zealand archipelago as far south as the Auckland Islands.

"So, they figure out how big, how wide the whole place is. It doesn't necessarily mean people were living there and of course the big thing you had when the little ice age hit, a lot of the South Island population shifted into the North."
There was a kind of drift south, then north, then back again, he says.

"You have the first sealers working in Fiordland in the 1790s into the first decade of the 19th century
"That pulls Kāi Tahu, and collectives down into that region."

That re-population of the area by Māori was triggered by the sustained occupation of Pākehā, he says.
"One of the things that makes that possible is the early introduction of potatoes, it makes New Zealand's only non-horticultural zone horticultural.

"They are frost resistant, they deliver more calories per acre than wheat, oats and corn and even rice and they require little labour, they are easy to store."

Britain's loss of America and the Napoleonic wars, despite happening thousands of miles away, shaped the fortunes of Bluff, Stevens says.

Britain was now dumping convicts in New South Wales rather than the US, and on the way home ships were looking for a back cargo.

And Napoleon and the Russian Czar sign a treaty 1807 in which Russia enters in to a continental blockade designed to starve Britain's navy and merchant fleet of timber and hemp, he says.

Britain's fleet needed timber for masts and spars and hemp for ropes and cordage.

British ships started to call in at Bluff for seal skins which they then traded for china in Guangzho.

"So New Zealand was pulled in to this global exchange network from the 1790s.

"But for the Napoleonic wars, you wouldn't have a boat in Bluff investigating the nature and extent of New Zealand flax for fibre," he says.

By the end of 19th century nearly half of all Ngāi Tahu were landless, and the tītī (mutton bird) harvest became vital for their survival.

"In pre-colonial period it was important and then it takes on an added importance in that colonial economy when their ancestors are landless."

There are meteorological reasons why the region flourished too, he says.

"In meteorological terms it is a convergence zone, so you have those cold southern Antarctic waters colliding with those warm East Australian waters and where that happens you have high cloud, high wind, high rain but also a really productive ocean.

"Those animals draw in people, first Māori and then Pākehā. It is the richness of the resources of the sea that create and sustain human communities along its coast."

"It is the history of Polynesian culture on the New Zealand archipelago since day dot."