It's exciting times for fans of iconic band Crowded House. 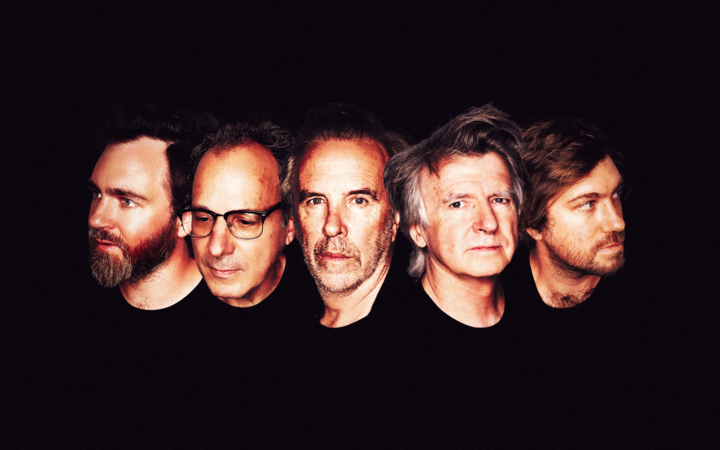 It is 24 years since Crowded House's first breakup and 34 years since 'Don't Dream It's Over' which launched the band.

Now there's a new single out and an album on the horizon (their first new music in a decade), and they've just announced a a 10 date NZ tour in March 2021.

Neil told Saturday Morning the new Crowded House began recording an album in a studio in LA in January and from March had to exchange new songs via files, as the Covid-19 lockdown affected the city.

He's only two weeks out of quarantine, having returned with his family from LA, where he had been based while touring as a member of US supergroup Fleetwood Mac.

After managed isolation in Auckland, he and his family are now enjoying "the kind of surreal freedom of New Zealand".

"We've got friends and family and it's actually wonderful but it's an overwhelming sensory overload... It seems like there's an explosion of sounds, smells, colours, shapes, people, hugs."

A "hooley" for his sister's 70th which involved dancing and loud chat provoked worries for his family that it would be seen "as a superspreader in any other part of the world".

Fleetwood Mac had been "a glorious experience" and "totally unexpected" but he was uncertain whether he would rejoin them, especially given the uncertainty in the US still in the grip of the pandemic. The experience of playing with such a long-running band had instead inspired the resurrection of Crowded House.

"I saw the value of a classic band and Mick Fleetwood - getting to know him and seeing how he had been the flag bearer and the torch holder for all these different lineups. So many variations on the Fleetwood Mac theme and yet somehow all marching gloriously foward. Ebbs and flows in the commerce of it but it made me feel there is something noble about bands. 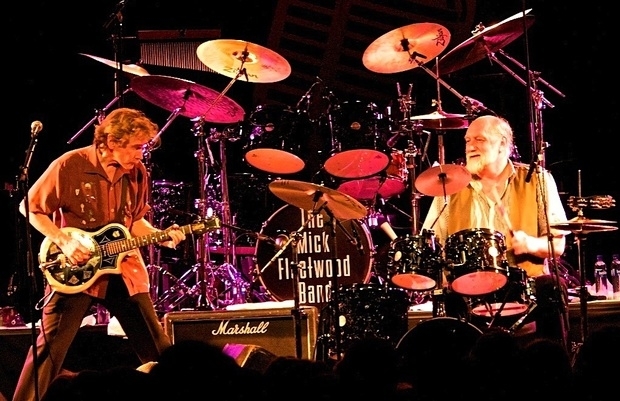 Mick Fleetwood is on the right. Photo: Supplied.

"Old classic songs can become immediately new and vital when young people are singing them back to you as they were at Fleetwood Mac and as they have been at Crowded House shows."

The band was in his sons' DNA, Neil said, because they used to come on tour in their childhood. Elroy, who's a drummer, learnt how to play brushes from the late Paul Hester who was in both Crowded House and Split Enz.

Neil said while he and his sons can be very direct with each other, he can't think of anyone else he'd rather play in a band with. 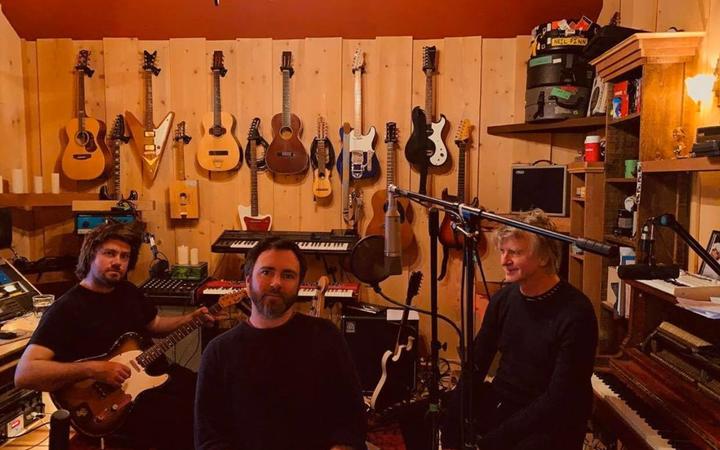 He believed there was "a gravitas and a timing" to a new album from the band and the result is Dreamers are waiting. He wanted it to be outgoing after singing plenty of uplifting songs with Fleetwood Mac over the past two years.

Next year's tour will see the band perform 10 concerts in just 14 days so he wants to stay fit. "So I don't want lose my voice. I don't want to wear myself out. I want to be in top form."