Is the way we breed and keep pets essentially cruel and unethical? Kim Hill talks with Esther Woolfson, author of a book that discusses "casual cruelties" in pet ownership. 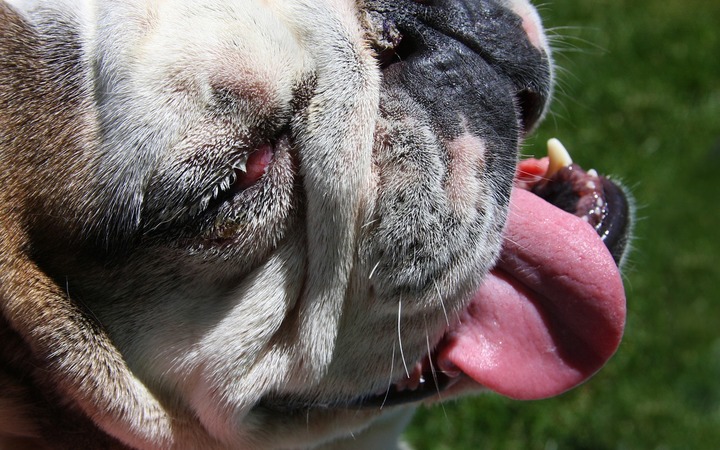 The latest book from Scottish author and animal lover Esther Woolfson is Between Light and Storm: How We Live With Other Species examines the fraught relationship we have with the animals we rely on for companionship, food, clothing, and sometimes decoration.

A recent extract from the book, about pets and how they are bred, reportedly became the most popular and widely shared Guardian Long Read ever.

Woolfson's previous books are Corvus: A Life with Birds about highly intelligent rescue birds, and Field Notes From a Hidden City - a year in the life of the natural life of the city she lives in, Aberdeen.

Between Light and Storm is a study of our history of sharing the planet with other species, as depicted from cave art, onwards. She says there's something that has gone badly wrong with the way we keep pets, it's become an anthropomorphised nightmare of over-extended consumption.

"I think with increasing prosperity it's become something that people see as the natural adjunct to a family, you have your children, your car, and the pet is the next thing, and it's expanded massively and is a huge industry. 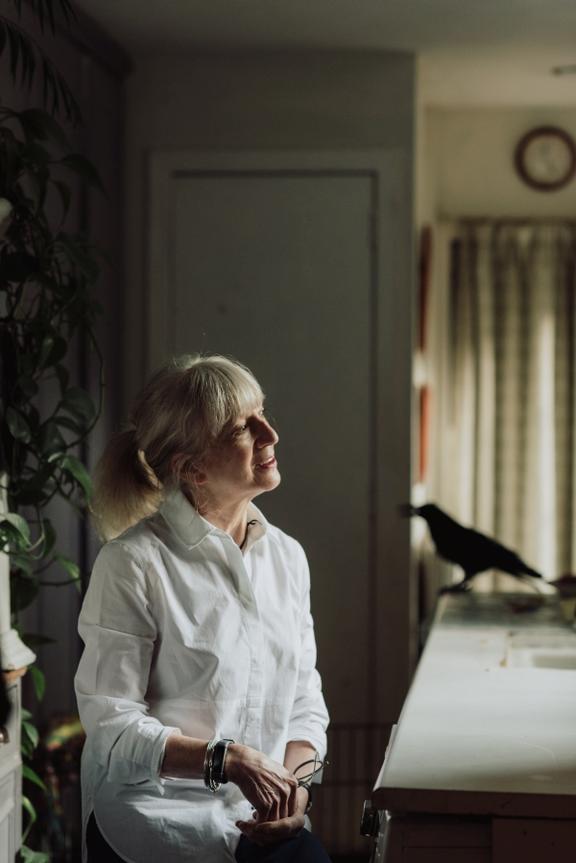 "During the Victorian period and during the 20th Century it really expanded, since World War II it has expanded immensely, and with that the services and goods and all the rest of it that surround the pet trade.

"You just have to look at some of the websites that provide things for creatures and you see what a really serious industry it is."

Woolfson says recent news has highlighted an increase in the sales of costumes for pets, attributing it to the Covid-19 lockdown.

"That goes to the root of my concern about how we treat other species, both the commodification of them and everything that surrounds them, and really our unthinking exercising of power over them, which I find very concerning."

She says the reaction to the The Guardian article's popularity was massive and "extremely positive".

"I really worry when I write these things, that people will worry that I'm coming for their pets, which I am not at all.

"It is precisely because I have such concerns about animals that I see a lot of the way we keep pets is terrible, we inflict horrific cruelties on pets, possibly without knowing, or possibly without caring.

"This is [before] taking into account all the other forms of, basically... animal abuse, that take place, industrial farming and hunting and culls and all the rest of it... so really, when you look at it as a whole, you start to question the concept of an 'animal lover'." 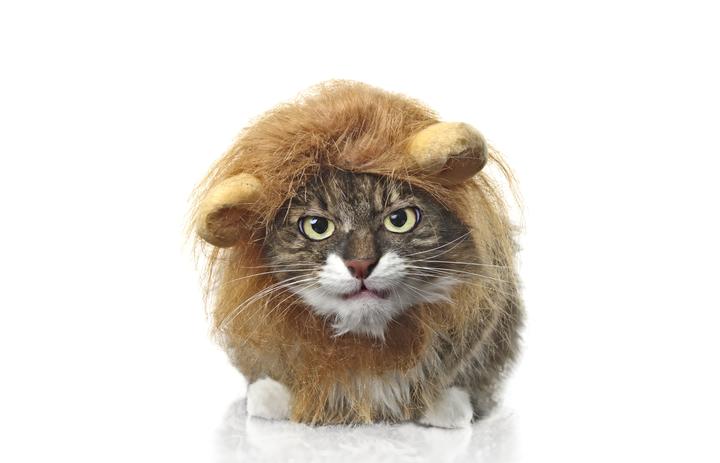 She has been been around animals most of her life, but won't own pets again.

"I adored my various pets, I've had loads... I grew up with dogs, I've had birds and lots of rats.

"But I wouldn't have a pet now... it's just the scale of the thing, and the fact that a lot of our attitudes toward animals are attitudes we've held for thousands of years without changing, and with the state of the world and the state of species loss - we really have to start thinking differently, and thinking more equally.

"I'm concerned they also have a huge environmental impact, the amount of food and the land that growing their food takes up, and the carbon emissions and so on, they are enormous.

"But it really is the ethical and moral implications of having total control over the life of an animal that worries me. Every aspect of their lives is controlled... and so often when we no longer want them they're abandoned." 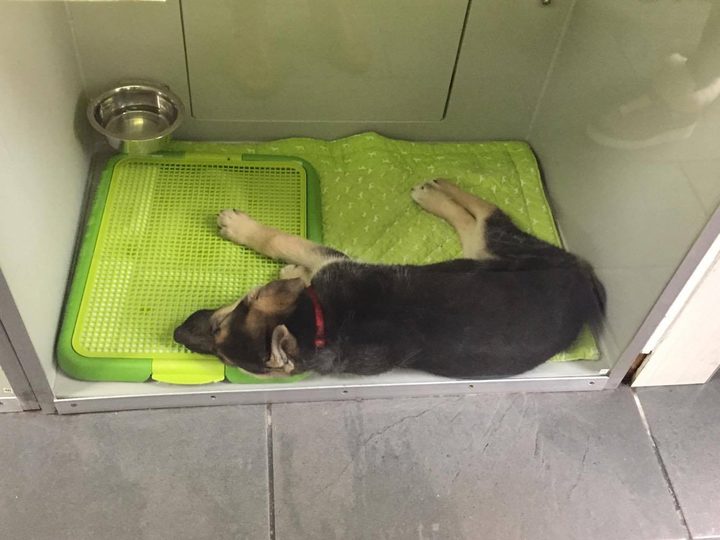 Woolfson says the popularity of dogs bred to be flat-faced is an example of how collectively, our actions don't reflect well on our values.

"Pugs, french bulldogs, English bulldogs: selective breeding of animals to meet certain criteria, and usually the criteria are looks, and people like 'cute' animals. These creatures are bred in such a way as to satisfy this particular demand.

"The fact it impacts their health incredibly, and most of these dogs have terrible breathing problems, and they have a thing called brachycephalic obstructive airway syndrome, I mean they can't breath, and they also have a lot of eye problems. Why would anyone want to inflict that upon an animal which they purport to love?"

One explanation that has been proposed as to why people want dogs to have these looks is an evolutionary theory that we are attracted to things with features like babies, such as large eyes, she says.

"But I'm sure one can bypass that and say: is it ethical and is it decent, to purchase something that you know is going to have a shortened and very suffering life?

"The list of ailments that the pedigree dogs get is terrible, breathing difficulties, emotion abnormalities, lameness, inflammation of the skill, eye problems, ear problems spinal defects, cranial defects... virtually every pedigree breed has got some ghastly problem." 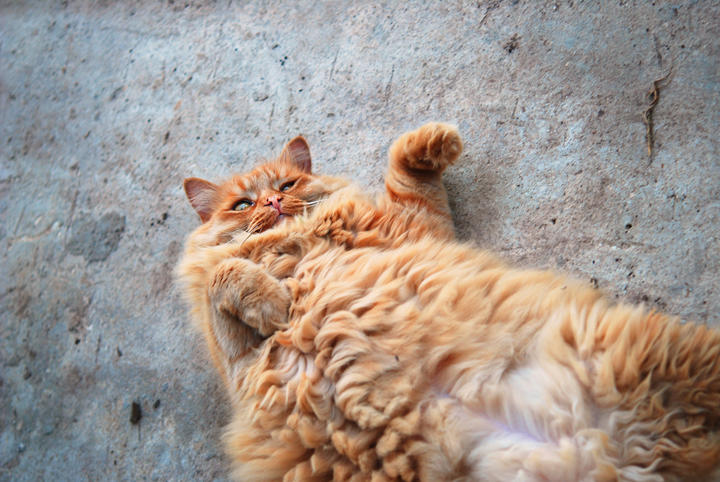 Woolfson quotes a 2017 US study that concludes the market for companion animal food could be responsible for as much as 30 percent of the environmental impact caused by meat production.

"Increasingly, people are buying organic food for their pets, and they're feeding pets food that once they wouldn't have done. There was a study a couple of weeks ago from Edinburgh University which says that an area double the size of the UK is used to produce dry pet food for cats and dogs each year.

"Analysis of the carbon footprint of pet food production revealed that the industry emits more greenhouse gases each year than countries such as Mozambique and the Philippines. Which is quite startling."

She is also disturbed that the damning of some species sometimes overwrites people's recognition that animals should be treated humanely, particularly when it comes to "invasion biology".

"It's politics and time that changes people's attitudes towards invasive species, and it's a thing that worries me, because a lot of the language used is very indistinguishable from racist language, people talking about aliens and invaders and hoards."