Change hit Ireland like "an express train" and transformed it from a backward country into one that the Irish are proud of, says one of its most famous sons. 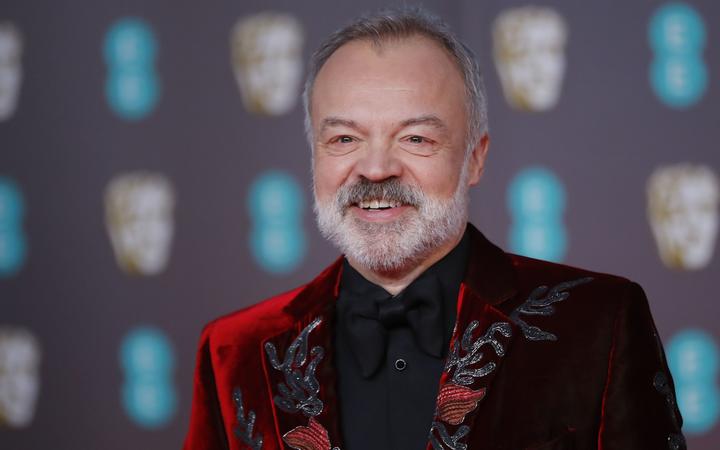 Television host Graham Norton's previous novels Holding and A Keeper are both bestsellers, and his latest book Home Stretch is a story based in his home country Ireland in the late 1980s.

Home Stretch has been described as "a love letter to Ireland" and also features Norton's first openly gay protagonist.

"If a book works at all it's because it somehow reflects things in you. If emotions are genuine, if situations seem plausible and true, it's got to come out of your head and experience."

One of the main protagonists, Conor, has to flee Ireland after the car accident and then returns years later to be reunited with his family but also goes back to a country that has changed significantly - "a new Ireland".

"Ireland is in quite a sweet spot now where young people still don't take modern Ireland for granted, they still appreciate the country they live in ...you talk to young people and they are so proud of the country that they have made fit for purpose for themselves."

Norton said he left Ireland because all the action seemed to be happening in the rest of the world and the easiest destination was London, where he could be anonymous, although his career choice soon changed that.

As for those who stayed behind and fought for a modern, tolerant country, he felt grateful for what they did "going on the marches, organising petitions, lobbying Parliament".

"I felt it was important to acknowledge them in the book.

"What's happened in my lifetime seems like an express train ...Ireland had been left behind, Ireland didn't really have the Sixties in a way that a lot of Western countries did ... one of the things that kicked in was that for all sorts of dark, terrible reasons, the Catholic Church lost its grip on Ireland."

People began to make decisions on issues like gay marriages based on their opposition to the Catholic Church and its awful history.

Norton was raised as a Protestant and said as a young person it was almost as if you couldn't be a good Irishman if you weren't also Catholic. "It's extraordinary that it's all fallen apart and so fast - the speed of change has been astonishing."

While he has never been a campaigner for gay rights, he believes his show helped the cause in Ireland because it was mainstream. "I was very lucky that I just minced in...[as a gay person]".

He found it depressing doing his last series via Skype and Zoom, but it was a way to keep contract workers employed at the height of the pandemic in the UK.

Now he was back filming the chat show in a studio but social distancing was being enforced, so there was no red sofa.

With guests such as US superstar Dolly Parton appearing on one show from her home via Zoom, he fears a precedent has been set and unless stars have a reason to be in the UK, such as a tour, they may be more reluctant to appear in person.

"If they're not performing and doing tours and things, why would they leave the house...   I wonder if we will just continually talk to laptops."

A few of his guests were "duds" but he was surprised that so many were comfortable with the format.

Another top Hollywood actor, Robert de Niro, who appeared on Norton's show recently, was "a nice man" but not a natural raconteur. He was "a benign presence" interested in the stories of other guests.

"His wanting to show off gene is strangely muted for an actor. He has spent so much of his life trying not to reveal who he is so that he can inhabit all of these other characters."

Norton recalled the recent deaths of his much-loved dogs - one last Christmas and one in July, which had been "grim".

One had to be put down and it had been "a privilege" to help her escape unnecessary suffering. This led to sharing his opinion with Saturday Morning on euthanasia, and he said choosing your own time of death should be an option.

He believes people will eventually "backwards plan" depending on how much money they have left for their retirement.

"I think it [euthanasia] used to be an option... I think there was probably a grass-roots or kind of local way of humanely way helping people get to the other side or just get out from whatever particular physical hell they were in."

Wine was the way New Zealand had found a place in his heart, he said, and the offer of some free sauvignon blanc from Invivo Wines for the "green room" on his show had led to him working with them on other wine varieties plus a gin.