Caitlin Moran: More Than A Woman

Columnist and author Caitlin Moran’s new book tackles the challenges of middle age with the same passion and humour that endeared her to readers of her best-selling feminist memoir How to Be a Woman.

More Than A Woman is a candid account of Moran’s life in her forties, and as she tells Kim Hill there are some things about which she’s changed her mind.

She has embraced Botox, she says, and writing about it has created a huge “hoo-hah”. 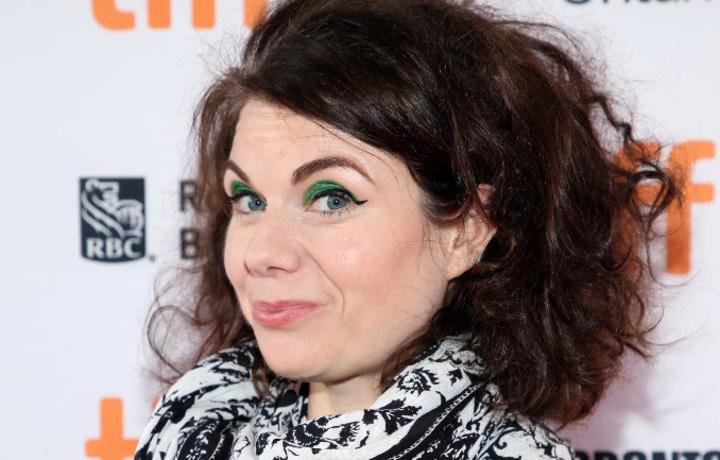 She wanted her face to look like how she felt inside, she says.

“I wanted look how I feel, which is happy.

“Rather than this sad, deflated Gruffalo kind of woe face that you increasingly seem to accumulate once you get past your forties.”

Botox cheers her up, she says.

“No one really cares for middle aged women, no one asks middle age woman how they are.

“The amount of treats you can give yourself in a busy schedule is so few, basically I’ve got crisps, I’ve got my vape and I’ve got looking in the mirror and thinking that’s not too bad.”

Moran was a published author at the age of 16 and became a columnist for The Times at 18.

She's written two volumes of collected journalism, Moranthology and Moranifesto, and a novel, How to Build a Girl, which has been adapted as a movie.

Much has changed since she wrote How to Be a Woman ten years ago.

“Margaret Thatcher said there’s no such thing as society, there is, it’s middle age women doing all this unpaid care work that holds us all together.”

Moran has been happily married to writer Peter Paphides for 20 years. Her new book gives women the straight forward advice to not marry a ‘c’ word.

“We get very bad advice about romance and love don’t we? As you get older the prescription on your feminist glasses gets stronger and you just start seeing the horror everywhere in culture.”

Common tropes in pop culture about meeting a man who’s “useless” but “you love him anyway” prevailed when she was a younger woman.

She now sees the results of bad choices some of her contemporaries made in their younger years.

“Without exception the women that I know who are doing well in their jobs and are flourishing and happy, married men who do at least 50 percent of the housework and child care.

“And without exception the ones who are struggling and unhappy married men who don’t.

All too often women “marry their glass ceilings,” she says.

And when choosing a man follow your nose, she says.

“True love is first of all a smell, you meet someone and you smell them, and they just smell really good. And this smell makes you really relaxed and you just feel happy around them.”

Her and Paphides maintain courtesy and manners in their marriage.

“Whenever me and my husband have sex always, afterwards, we will say ‘thank you very much for the sexual intercourse that was incredibly pleasant’.”

Moran and Paphides have two daughters, one, in her early teens, developed anorexia and started to self-harm.

She writes about the ordeal, with her daughter’s permission, in More Than a Woman.

“You can’t parent someone with mental illness, you need to become a health professional,” Moran says.

Offering rewards, or punishments or rationalisations don’t work but a book on eating disorders she read was a breakthrough she says.

“There’s an amazing book by someone called Eva Musby where she gives you scripts of what you say to a child with an eating disorder to get then to eat.

“And the first time we used it the transformation was incredible. Within three minutes of reading from this script she was sitting at the table and trying to eat.” 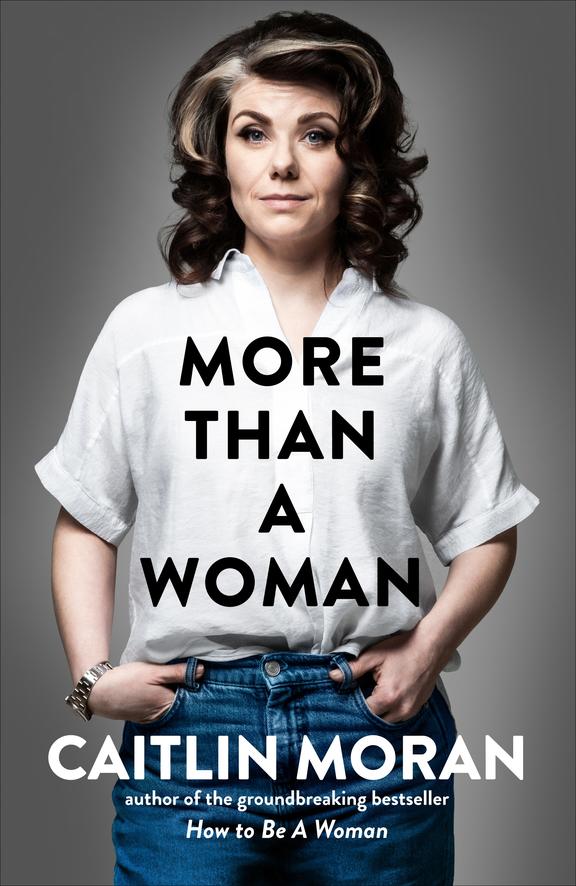 Moran believes women, more so than men, have a negative, critical internal voice that can manifest itself in more extreme forms of behaviour such as eating disorders and harming.

“I only finally recognised how negative the voice was in my head was when I got a dog and I realised I was spending the entire day telling this incredibly stupid dog how brilliant it was.

“Just saying over and over again ‘you’re such a good girl’, then I was like hang on when am I telling me I’m such a good girl? And I’m definitely doing more than this dog which just lies around farting all the time.

“So I had to change the voice in my head and it’s quite a hard thing at first I had to imagine that Oprah Winfrey was in my head and at the end of a day when I was really tired going ‘you did good girl’ no you don’t have to load the dishwasher go straight to bed you deserve it.”

Her daughter is now thriving, she tells Kim Hill.

“I would not have written the book if she wasn’t. She is so healthy and well that last night she had some friends over and they were drinking cider and they were tempted to skateboard in the street at one o'clock in the morning - so she is too well I would say in many ways.”

She wants the book to offer hope to families going though similar situations.

“That was another reason I wanted to write the book, because when I looked around for stories that had a positive ending I literally couldn’t find a single one.”

She says her biggest failing as a parent was her fear of sadness – she struggled to cope with her daughter’s sadness.

“I was scared of sadness, in my family we weren’t really allowed to be sad.”

Many well-intentioned things parents say to children are destructive, she says, like ‘we just want you to be happy’

“But to a kid that seems like saying if you aren’t happy you’ve failed me, so they would have to keep their unhappiness secret from you.”

Pressure to be happy is “another thing on their to-do-list.”

“The other big mistake we make is when we talk about what a dolorous time it is at the moment, with all this hatred and climate change and we see our kids in the corner of the room looking scared and alarmed we turn to them and go ‘it’s OK darling because we screwed it up but your generation are amazing.”

“We think we’re cheering them up giving them a compliment.”

Children hear it differently, she says.

“The kids are just hearing mummy and daddy can’t save you, you’ve got to save mummy and daddy. Which would inspire such existential dread in me if I was told that when I was growing up.

“My parents never thought I was going to stop the nuclear bombs falling.”

Despite the candour of her books, she is an intensely private person, Moran says.

“If I could I would never do any publicity and never appear in public, I would simply put my books out, they would be carried by a crow from a mysterious turret to the publishers and no one would even know what I looked like.”