Many of us think of cancer as a contemporary curse – a disease of our own making caused by modern lifestyles – but it has always been with us.

Cancer killed our hominid ancestors, the mammals they evolved from and even dinosaurs before that. 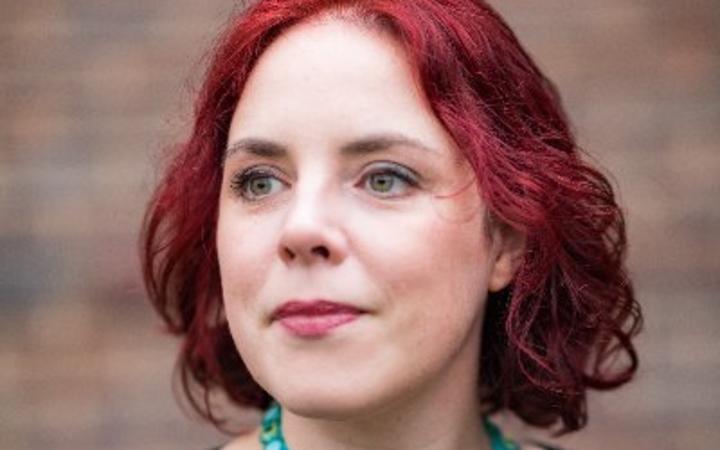 Geneticist and science writer Dr Kat Arney has spent more than a decade communicating the science around cancer for the world's largest independent cancer research charity.

She's just released a new book on the topic: Rebel Cell: Cancer, Evolution and the Science of Life.

Arney tells Kim Hill she didn't want her book to come across as fatalistic but she did want to convey that human bodies are biologically predisposed to cancer.

“The thing that I really wanted to get across in this book is the thing that cancer is kind of the flip side of life. I’ve always been fascinated with the processes of life, particularly how are genes unfold to create life.

“So I started my career as a developmental biologist understanding what turns one cell into many cells when you make a baby – how to those cells multiply, how to they die, how to thy specialise, how do they know what to do.

“Then when I started to work for Cancer Research UK I really started to realise that cancer was the opposite of that process. It is one cell becoming many cells in a bad way. So, these cells proliferate in an uncontrolled way – they don’t die when they should.

“They stop doing the job they are meant to be doing. It’s all driven by the same processes and the same genes in many cases, it just kind of corrupts it.”

In Rebel Cell, Arney explores the idea that cancer is the price we pay for having multi-cellular bodies and being subject to the rules of evolution by natural selection.

The book highlights and charts the development of cancer across hundreds of millions of years life on Earth, documenting, for example, the fossilised remains of a 140-million-year-old turtle with a tumour.

“This idea that we have brought it on ourselves, that it is a modern human curse, it’s simply not true. It is a process of life.

“That’s where I wanted to start from – understanding that there’s a process of life. How can we understand it better and then how can we use that knowledge of cancer as an evolving evolutionary system within an ecology of a multicellular body to find better ways to prevent it and to treat it.”

Diet and environment are a factor in triggering the disease, however.

Modern advances in medicine have also, conversely, played a role because the longer we are alive the greater our chances of us getting cancer.

Arney points out the sharp rise in cancer diagnoses once people reach their 50s and 60s.

“There are things in our modern lifestyle that really don’t help ... You want to avoid things that damage our DNA, like tobacco smoke, like radiation, like nasty chemicals.”

We don’t yet know enough about how to keep our tissues healthy, although exercise and reducing inflammation are known to be important in helping to prevent rogue cells emerging.

Compared to other species, humans have a middling ability to fight off cancer risks, Arney says.

Elephants, bats and naked-mole rats rarely develop the disease as they have unique mechanisms for dealing with damaged cells.

The big question of why cells become cancerous is tied up with the observation that by middle-age, human bodies are a patchwork of cellular mutations, Arney says.

The Sanger Institute in Cambridge has used DNA sequencing techniques to study health skin issue and observed that cellular changes are not necessarily a sign of cancer and are natural.

“They found that even healthy tissue is riddled with mutations by middle-age. Many of these mutations, if we found them in a cancer, we would say that this mutation is driving the cancer.”

The path from cell mutation to cancer seems related to the health of the tissue environment and appears to be triggered by some kind of catastrophic chromosomal event, Arney says, yet the nature of that event remains a mystery.

The insights we do have are feeding into new techniques for treating cancer, she says.

One such approach, adaptive therapy – which is based on an understanding of how cells evolve – involves steering the cells' evolutionary journey to stay one step ahead of the illness.

This approach can minimise the often brutal side effects of conventional treatment and is effectively an attempt to kill the cancer without killing the sufferer in the process, she says.

“Many of the cancer treatments we have at the moment, they’re tested in a way you get to the point where the dose you give is basically the most you can give to kill the cancer cells without causing unacceptable harm to the patients and anyone who knows someone who’s been through cancer therapy knows that’s a pretty broad definition of ‘acceptable’.

“Side effects for cancer treatment are really, really unpleasant in many cases.”

Patients are treated with drugs which kill off the sensitive cells, there's a waiting period, then the process is repeated.

This form of treatment can often keep people alive for much longer than conventional procedures, Arney says.

Research is underway to find a way to 'drive' resistant cells, too.

“It is not a cure, these cancers eventually evolve resistance to treatment, but it is a significant extension of survival. And there are other opportunities… to actually drive cancer cells to extinction, kicking these cancer cells when they’re down in various different ways.

“But it’s a very different way of thinking about the disease compared to the ‘let’s just get the drug, wait until it’s completely gone and then wait for it to come back'.

“It’s a more sophisticated, more subtle way, but it’s based on biological processes and not the kind of wishful thinking that this drug will just work. It’s just based on acknowledging that cancers are evolving systems. We have to accept them as such, understand them as such and then treat them as such.”

Kat Arney's previous books are Herding Hemingway's Cats: Understanding How Our Genes Work and How to Code a Human.