Ross and Janette Campbell have developed and run "Owlcatraz" - an iconic owl and animal sanctuary - from their property in Shannon for the past 23 years.

A haven for a menagerie of creatures including morepork, cockatiels, weka, eels, glow worms, donkeys and ducks, over their time the couple estimate they've welcomed around a million visitors.  But after battling storms and beating cancer, they told RNZ's Kim Hill they've decided it's time to close down, sell up, and move on. 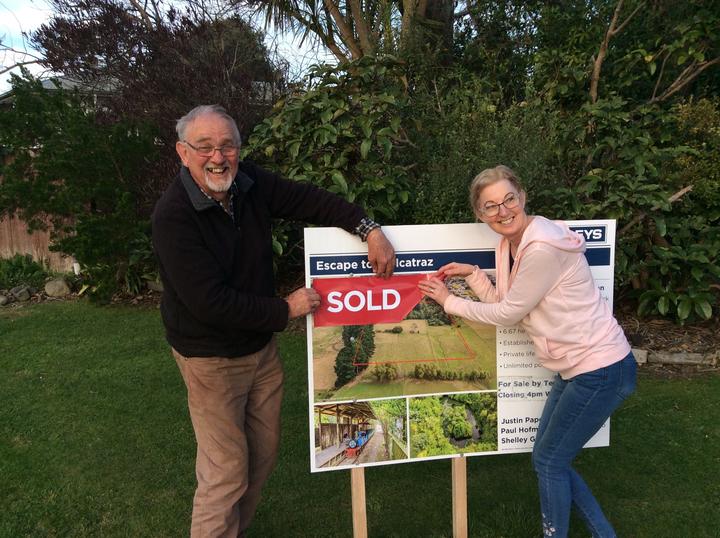 The Campbell's land, including Owlcatraz, at the southern end of Shannon has been sold to a development company that plans to turn it into lifestyle blocks.

"It is quite a heart wrench ... there were a few tears rolling down my cheeks, and I thought you're more attached to this that you really know," Ross says.

The couple moved onto the property 31 years ago. Ross was an industrial chaplain, and Janette worked in banking.

"We thought we'd like to work together, to do something on the property and earn a living off it, we looked at lots of different options - hydroponics and growing flowers," Janette says.

They decided tourism was the way to go to make use of all the small areas on the farm that couldn't be farmed.

"We set about ... and decided to develop the property and put in the native bush and built the enclosures, and we put a date to open two years out from that, in June 1997 - and we did.

"It was just paddocks and grass, and Ross built everything there. We had built a beautiful owl enclosure for the ruru - the main area people walk through he cleared that off and put all the walkways through. We had some North Island weka enclosures. We had everything when we opened except the Wairuru glow worm cave, which was opened two years later." 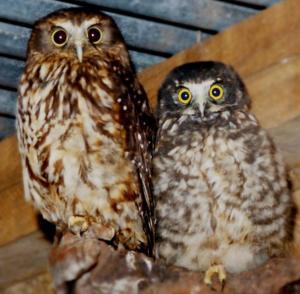 "We gathered glow worm eggs from different facilities and places and introduced them to the cave and provided the conditions inside the cave built for them and they flourished."

"The cave will always be there because it's such a huge complex and deep in the hillside. It'd be a great place to grow mushrooms, because you can control the environment inside," he says.

The couple understand a man-made lake, miniature train, donkeys and peacocks are staying on the property.

The native birds at the park will become the responsibility of the Department of Conservation, and the rest of the animals have been rehomed.

"We've had so many offers from people that would like the birds and animals - the Foxton Wildlife Trust are taking the cockatiels and other reptiles. There's a kunekune pig if anyone would like one," Janette says.

They've overcome several major hurdles along their journey. A severe storm forced them to close in 2008.

"The only thing we didn't need to rebuild was the owl house - not one tree landed on the owl house and yet 6 to 700 trees went down, it was like it was spared from the storm," Ross says.

"Otherwise we had to rebuild everything back in, but we were stunned by the number of people that turned up to help us."

Until his death in 2008 they had the world's biggest cattle beast, Big Red.

He was a 2500 kilogram South Devon steer and he became a star in his own right. Still we get visitors who say 'is Big Red still here?'

"We got his head taxidermied, and he's on the wall for everybody to look at, and people come for miles to see him and pat his head and they say things like 'I sat on him when I was a baby'," Ross says.

The mounted head will go with them for Ross' pool room wall. 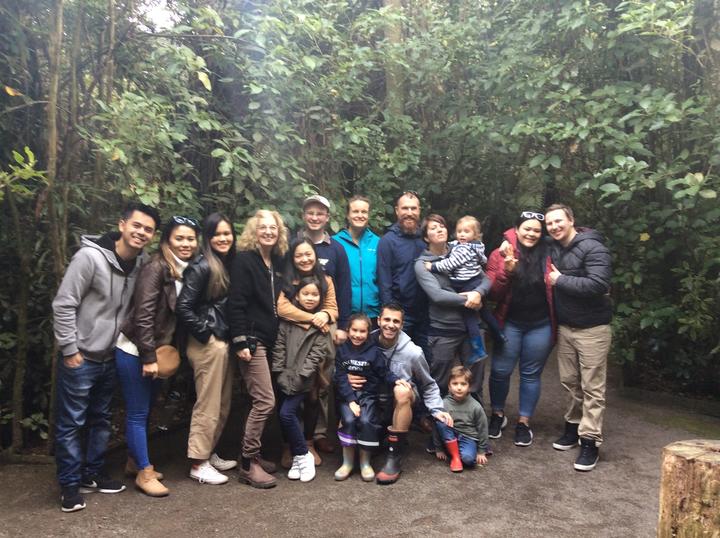 The last tour through Owlcatraz, this year. Photo: Supplied

In 2017 Janette was diagnosed with breast cancer. They shut the park for her treatment period, and reopened early in 2018.

"From then on we opened for the weekends and school holidays and for bookings for groups, and we quite liked that," Janette says.

Taking stock from that led them to begin setting plans in motion for retirement. They have now bought a house in Palmerston North, about 15 minutes drive north of the park, so will say farewell to Owlcatraz and Shannon, where they've lived for more than 50 years.

Janette says they're grateful to have had the opportunity to live their dream. And, despite sometimes being "a pain", their infamous sulfur-crested cockatoo Joey will enjoy retirement with them.