Saudi feature film director Haifaa al-Mansour hopes arts like her film will further propel a fundamental shift in society on perceptions of the role of women. 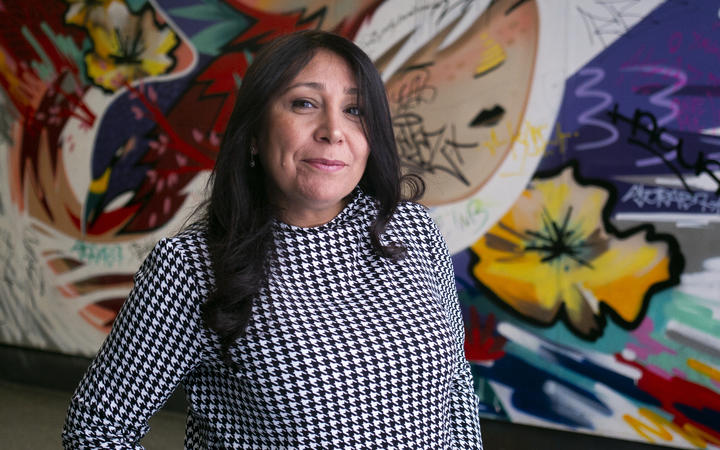 In 2012, al-Mansour became the first Saudi woman to direct a feature film. The festival-hit called Wadjda centred on a 10-year-old Saudi girl living in Riyadh and her quest to own a bicycle.

Her latest work The Perfect Candidate is another tale of female empowerment about a doctor running for council in a society experiencing dramatic change. It shows as part of Whānau Marama: New Zealand International Film Festival.

Al-Mansour was also recently in New Zealand on the West Coast filming for an American Amazon series called The Wilds.

In the film, the protagonist - Dr Maryam - is shamed for drawing attention to herself when she runs for the council. Asked whether al-Mansour gets that same reaction, she says she used to more often in the past.

“When I first started and my short films went viral and stuff, people would come and say [it] online and people are very aggressive online. It’s changed a lot now. They accepted me. For one thing, I’m accepting of people’s opinions … I feel it is important for me to maintain that relationship [with the audiences] and make a film that touches people.”

When Dr Maryam ends up standing for council, simply to get the road to her medical centre paved so that people don’t have to wade through dirt and water to get to it, she cannot address a meeting of men in person. She has to speak to them on video while wearing a niqab.

Al-Mansour told Kim Hill the oil-rich country has first-world technologies but uses them for traditional reasons – like in the case of Dr Maryam.

“Highlighting those absurd situations is important in films because it makes people think and reconsider but I would say there is a lot of humour in all my films. I think humour lets people let their guards down and accept what you have to say – even if you are coming from a moral, liberal, and progressive point of view and talking to a fundamentally conservative crowd.”

Shooting for The Perfect Candidate was a radical change for al-Mansour, because unlike filming for Wadjda in 2012, she didn’t have to be shouting directions from the back of a van, out of sight, she says.

“I was excited to go and see what it means to be a female artist in Saudi Arabia, I felt empowered, but I think it’s still the same – especially when it comes to cinema, we don’t have that infrastructure. So we had to create a lot of infrastructure, which is really exhausting and tiring but I was able to be out of the van which is really cool.”

Women weren’t allowed to be seen working in public like that with men at that time, she says.

“So whenever we went outside in the streets to shoot, I had to hide in a van … it was really frustrating, I shouted at everybody from the back of the van,” she laughs. “But it is an experience that allowed me to learn how to empower my actors.” 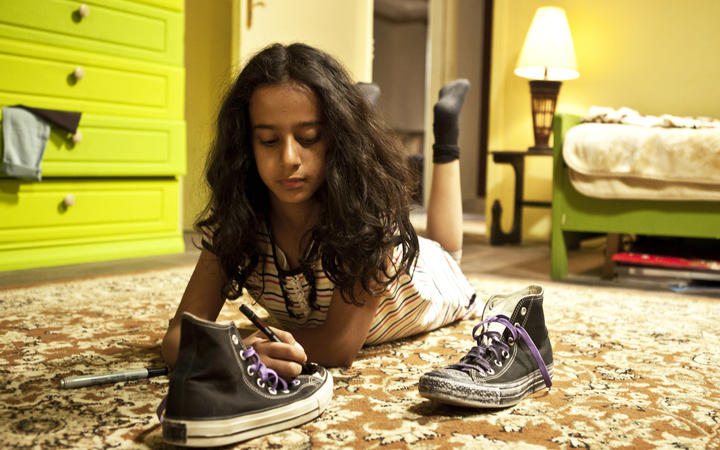 Rules in the Kingdom are changing rapidly, al-Mansour says. When the film was shot, women weren’t allowed to travel alone, but by the time of premiere women did not require permission from their male guardian – husband or father - to travel.

“Yet still, the society needs to have a fundamental shift in values … Like a lot of girls are reluctant to travel alone to study or take an apartment to work remotely from their families just because they don’t know how society will accept them … We need film, we need arts, we need philosophy to change the values. I don’t think only changing the rules will bring that shift.”

Studying in Cairo was a big liberation for the small town girl who grew up surrounded by strict rules, she says.

“It was a cultural shock for me even as a kid, and [even though] Egypt is very conservative and a Muslim country and all that.”

But going back to Saudi, and despite people liking her work at the oil company where she was employed, al-Mansour says she felt the promotions she was worthy of would always go to a man.

“I felt like I was an invisible woman and that’s when I started making short films and sending them to small festivals around the region and then they accepted one of my films and I went there and everybody was like ‘hey, you’re the first female from Mecca, Saudi Arabia!’” 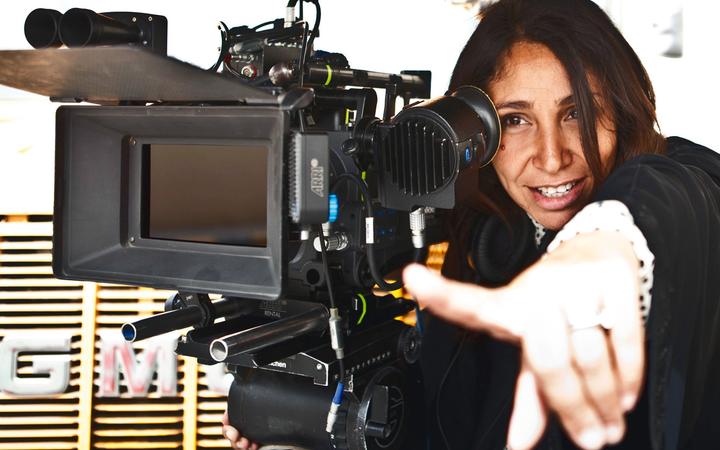 Although her films are tied with a common thread on female empowerment and defiance, al-Mansour says she doesn’t consider herself to be an activist.

“Defiance has to come from a very personal space and has to stay with you, and that’s how societies will change. That is why when I make films, my protagonists don’t see themselves as activists, they want to be happy and pursue happiness and be heard.

“I think we need that in the Arab world, we always think big; We had the Arab Spring, we had all that but still … there are so many things that didn’t change in the streets and people’s lives.”

She says she loves her country and sees positive changes happening, but still doesn’t believe the implications in society will be immediate.

“But I understand that I need to be patient enough to assert myself and make people trust me as a director, so they can see my vision. It hurts more in the West when it comes from people you trust … It’s very subtle and when it hits, it is very hurtful. I’m just saying we need to give people a chance to grow … I think we should have heart and work hard to change these values.”

She says not everyone will be the same but we must find a way to co-exist.