A New Zealand-born expert in lung damage - who has designed a new and cheap emergency ventilator in response to the Covid-19 crisis - says the "art" of mechanical ventilation has become incredibly sophisticated. 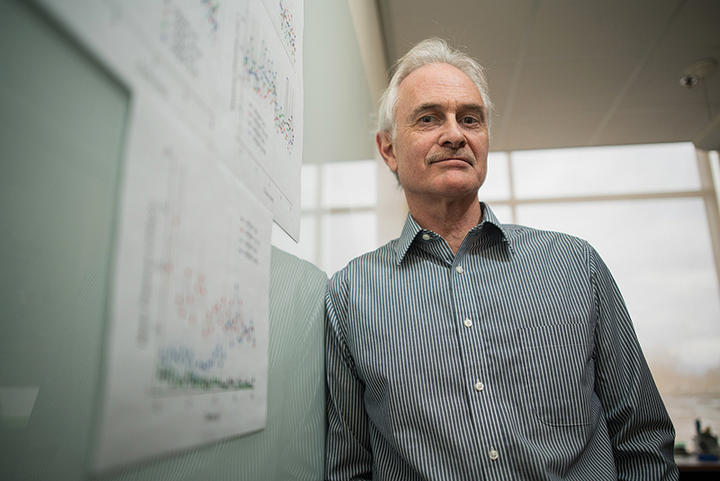 As the coronavirus has spread through the world, stressed hospitals have struggled to cope with patients with serious lung impairment, who need ventilators to keep them breathing well. But ventilators are expensive, and there's only so many to go around.

Professor Jason Bates grew up in New Zealand, and now works at the University of Vermont. He's an expert in a problem that can easily occur when ventilators are used, and is working on a design for a new ventilator specifically made to avoid that problem, which would be cheap to mass produce quickly.

He told Saturday Morning's Kim Hill his team are in the second round of negotiations to get emergency-use approval for their ventilator from the USFDA, and he hopes to learn the outcome of that any day.

"As ventilators go it's still very simple and cheap to make. If we were to manufacture this with a commercial manufacturer - one has been on board, it's probably going to be a couple of thousand dollars a unit - but that's still not $50,000, which is what a typical ventilator costs," he says.

"The vast majority of emergency use ventilators that I've seen are essentially different ways to squeeze a ... bag [to push air out], if done properly with the right monitoring they could work quite well, but our device is unique as far as I can tell, our device specifically targets a mode which I think has specific advantages from the medical point of view." 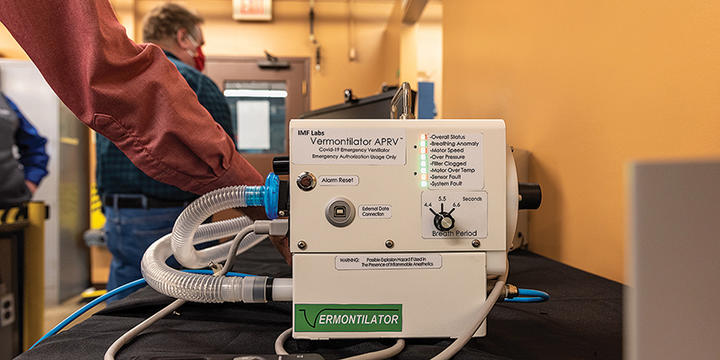 Bates' speciality area gives him expertise into the problems doctors are combating in Covid-19 patients.

What happens to Covid-19 patients' lungs?

He says in its severe forms patients suffer Acute Respiratory Distress Syndrome (ARDS), a set of symptoms not unique to Covid, which intensive care units deal with often.

"It's essentially ... a massive pulmonary edema which floods the lungs, and causes people to go into respiratory failure so they need mechanical ventilation."

Fluids like blood and plasma build up in the tissues of the lungs so much they begin to leak that fluid from the tissues out into the lung cavity. That moisture on the surfaces blocks the absorption of oxygen through the lungs, making breathing less effective and hard work.

"The thing about these kinds of conditions is the patients require mechanical ventilation, but it's not just a matter of blowing their lungs up and letting them deflate every so often.

"Because the lungs are injured and full of fluid you have to do it very carefully, and if you don't the consequences can be worse than not ventilating them at all - because the stresses and strains of mechanical ventilation applied to an injured lung can damage the tissues to the point of being fatal."

One of the key dangers is something called the velcro effect - or Ventilator Induced Lung Injury (VILI).

"This is when the sticky internal surfaces of the lung come together - and because they're sticky, the surface tension in the fluid tends to hold them together. So they have to be peeled apart again in the next inflation - and it's a bit like ripping pieces of velcro apart."

The velcro-like pull on the lung tissues creates tiny microscopic tears, which increases the edema liquids in the lungs.

"And once that starts to happen things get really bad," he says.

The risks of ventilator- induced lung injury have contributed to ventilators being more complex, and therefore more expensive.

"The art of mechanical ventilation has become very sophisticated, and in fact there's a special type of health-care worker called the respiratory therapist, who are trained in all these different modes, different pressure profiles and volume profiles, that are thought to be applicable, desirable or beneficial in these cases.

"It's still very much an art form as well. Experienced therapists and physicians have a very good feel for what's best, but the hard science saying 'you should do exactly this, under these circumstances' is still something we're searching for.

"Trying to know how best to ventilate a patient with this condition is really the issue. Too little ventilation pressure and you won't get inflation of the lungs, and too much and you damage them.

"But the velcro effect is especially damaging and starts a vicious cycle of ongoing damage which can be fatal ... that's what you've really got to avoid. The research I've been doing in the lab over quite a few years - I work with mouse models of this, where we can study it quite closely."

How to avoid the damaging velcro effect?

Bates believes APRV, a special method of ventilator air delivery gives doctors a chance to minimise the risk of velcro effect lung injury from ventilators, and to give seriously Covid-19 patients a better chance at survival. He's designed his ventilator with this in mind.

"It's when you hold the lungs at a fairly high pressure most of the time - that's like inspiration, like inhaling the breath and holding it.

"And then when you want to do expiration you release the pressure that's applied the lungs for a very brief period of time (typically about half a second) - enough time for the gas to come out of the lungs, so you can inhale more gas on the next inspiration."

Bates' research modelling work investigates how successful this brief exhalation method is at preventing the lung surfaces sticking together.

When the Covid-19 crisis hit he got a message from a colleague saying a physician was using the APRV mode to treat the first Covid patient in Vermont that had been put on ventilation, and it seemed to be working effectively.

"I thought that doesn't actually surprise me based on what I know about the mechanisms. So that became the basis of the idea I had for making this cheap emergency ventilator."

Bates had a clear idea of the mechanical design, based on a unique new approach to other ventilator designs. And after talking with a research engineer at the university he unexpectedly had a working prototype within 24 hours. It's called the Vermontilator.

The team are now working through the FDA's 50-page specifications for emergency use approval.

"There's a number of things that you don't necessarily think about with something like this, but are very necessary to take care of, even if it's for emergency use. Things like electrical testing, pouring water on it to make sure it doesn't leak, it's got to have a handle on it, and a design so we can attach it to something," he says.

Their project is a gamble, depending on our changing knowledge of the virus and the best treatment methods, he concedes.

"Most of the patients who do end up on ventilators end up on a [different] ventilation scheme, but APRV is also widely used.

"The [ventilation modes] have not been put head-to-head in patients yet, because that's a big job, but hopefully we'll know eventually. We're learning a lot fast, but we don't fully know."

He says the low-cost design may have the biggest benefits for poor countries, whose health systems could still be overwhelmed by Covid patients.