Brazil is on track to overtake the US and have the world's highest death toll from Covid-19 by the end of this month.

Led by Far Right president, Jair Bolsonaro - who currently has the virus which he calls a "little flu" - the country's response to the pandemic has been little short of disastrous. 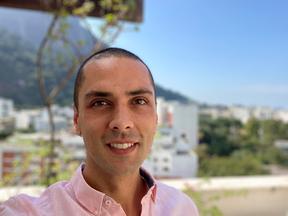 With more than two million cases so far, nearly 80,000 deaths, and more than 40,000 new cases every day,  Ernesto Londoño, the Brazil bureau chief for The New York Times, tells Kim Hill that Bolsonaro remains steadfast in his approach, even using his Covid-positive status to his advantage.

Since his diagnosed last week he has been in the public eye, his symptoms appearing to be mild. He says the illness hasn’t worried him and that taking hydroxychloroquine has led to improvements in his mild condition.

The president had ordered military science labs to mass produce the anti-malaria drug as a response to the pandemic.

“For president Bolsonaro this is still a miracle cure, even though the science doesn’t really back what he’s saying,” Londoño says.

There have been no public signs Bolsonaro is experiencing complications, as he reportedly works from home and continues his daily routine.

“He has used his own experience to peddle the notion that people have been overly worried about this virus and that measures such as quarantines and lockdowns and business shutdowns have been unnecessary.”

However, for ordinary Brazilians, the reality is different. Londoño says health officials across the country believe the official death-rate and infection figures are an "under-count" and that the real numbers are higher because it takes sometimes weeks for deaths to be classified as Covid-related.

Londoño also pointed to a lack of testing in some regions, so that deaths may not be in classified as Covid-related at all.

Among many of the nation's poor and marginalised social groups the president and his neo-liberal response to the pandemic is despised. However, Bolsonaro's popularity among supporters remains largely intact.

“There is a significant share of the electorate that supports him and supports him with deep enthusiasm and whom he has convinced that this is nothing to worry about - that the bigger danger would be to shut down the economy and put Brazil on the path of another ruinous recession.”

Nightly protest rituals of people banging their pots and pans across neighbourhoods are still a continuing, expression of anger at the unfolding situation.

Under pressure from Bolsonaro, mayors and governors across Brazil are loosening isolation orders even as confirmed infections spike. The president has been in a high-risk political battle with local leaders over social distancing and isolation measures for months.

“I think it’s too early to know how this will play out politically," Londoño says.

"I think, if in fact a few months from now, when the worst of the virus is behind us and the curve has lowered and Brazil is reeling from a recession and people are dipping into savings and struggling to get through the day, they may look at the governors and the mayors who forced these quarantines on them with a little bit of resentment and the president may be able to carve out a political space for himself saying ‘all long, I warned this was going to be so damaging to your lives and livelihoods’.”

Bolsonara instated active military general Eduardo Pazuello as his health minister recently. It follows the resignation of Nelson Teich. Teich, an oncologist, stepped into the job on April 17 after Bolsonaro fired Luiz Henrique Mandetta, a pediatric orthopedist and politician, following a week-long standoff over the Covid response.

Mandetta had pushed for lockdowns and testing, with the president disapproving.

“Although they’ve faced budget cuts and have many challenges across the country, historically Brazil has a pretty good track record at meeting challenges. Things like HIV, more recently Zika, they’ve had innovative solutions to.”

However, compounding the chaos of Brazil’s official health response has been the fact many health officials also resigned their positions after the General Pazuello took up his new health portfolio.

“Many experts leave their jobs, feeling they could not continue to be bystanders and complicit in what was happening, and I would say the ministry has been in crisis mode," he says.

“There was a period when they started to withhold information on the daily tallies. That drew outrage and legal actions, so they had to back track.

“This is not a ministry that seems to have a clear comprehensive plan to tackle this pandemic and for that reason the numbers are not reducing."

In parts of the country the healthcare system is buckling as numbers trend up, he says, particularly in parts of the Amazonas, but there hasn’t been a wholesale breakdown anywhere.

In Rio de Janerio, shopping malls, gyms and other public spaces are open, giving people the green light to return to normal activities, even as new Covid cases remain high.

“So far these changes have been in effect for about three weeks and so far we haven’t seen a second wave of cases in Rio, but I think a lot of people are nervous to see whether we are going to start seeing new spreader events as more and more people feel emboldened to let their guard down.”

Amid the Covid chaos engulfing the country, Bolsonaro is facing other challenges, notably an allegation by his former justice minister Sergio Moro that he sacked the head of federal police to avoid a criminal investigation into his family members and friends.

“He left the cabinet in explosive fashion, accusing the president of obstructing justice, and in doing so triggered an investigation of the president and his conduct before the Supreme Court. This is something that has weakened him politically and something that remains a real threat for him.”

Calls for his impeachment have been growing, with critics saying his handling of the pandemic is reason enough to pursue his removal before his term in office ends. The possibility however seems unlikely, not least because it would leave the country in the hands of his deputy, a military general, serving to remind Brazilians of the country’s brutal military dictatorship from 1964 to 1985, Londoño says.