Why do some diseases spread while others fail to take hold?

Adam Kucharski studies the mathematics of contagion: predicting patterns of transmission for outbreaks, including Ebola, Zika and now Covid-19.

By understanding how human behaviour can shape a disease's spread he wants to make our efforts to combat them more effective. 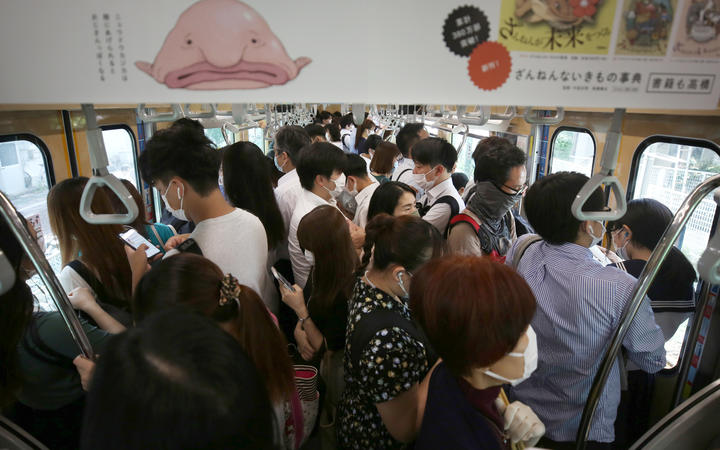 In his new book The Rules of Contagion he also considers the science of contagion and the virality of trends and ideas in modern culture. Understand these principles, he argues, and you can use them for good: to tackle gun violence, or to fight the spread of fake news.

Kucharski's study of  Ebola and Zika point to principles of containment now being employed in the face of Covid-19 outbreaks, he tells Kim Hill.

“There’s elements and principles that can be very useful, for example with Ebola contact tracing was obviously a key part of the response and for infections like Sars.”

The principles of containment and eradication can be traced back to 19th century medical scientist Dr Ronald Ross, who first made the connection between malaria and mosquitoes.

His insight - that If recoveries outpaced new infections a disease would eventually decline to zero – wasn’t immediately obvious in his day.

“Really that insight followed from his discovery that mosquitoes were responsible for spreading malaria.

"At the time the perceived wisdom was that if mosquitoes spread malaria you’re going to have malaria for as long as we have mosquitoes.

“So, unless you get rid of every single last mosquito you’re going to have transmission and Ross put together these simple conceptual models to show that’s not necessarily the case and once the density of mosquitoes gets small enough, and even if you have an infectious person, the chances of a mosquito biting them and then surviving for long enough to go and bite someone else and for that person to subsequently pass it on gets lower and lower to the point were those chains of transmission can’t persist."

The principles were employed in New Zealand most strikingly during level-4 lockdown, he says.

“We see similar things, for example, with the Covid situation and social distancing. That people are still having some interaction but their interactions are so minimised that transmission can’t continue," Kucharski says.

Contagion always involved a 'spark', growth, peak, decline cycle and the possibility of a ‘second surge’ as well, he says. It is crucial that the factors determining this surge are identified so that proper intervention can take place.

“The second surge is definitely a concern. With contagion one of the things we have to understand is why those peaks occur."

Crucial in this process is finding the 'reproductive' or R number. If that number is determined to be above 1 it will grow, but if it’s below one the virus will slowly die out. However the number is in flux. Policy changes and intervention is therefore essential as this can mean the difference between one person giving the virus to three people, and that same person only being able to give it to one.

“It’s really important to think of some of these values as something that can be influenced by behaviour, sometimes it’s influenced by the inherent characteristics of the people who spread it,” Kucharski says.

Having real-time information on these factors is crucial, including considerations such as population and animal and insect densities when dealing with other diseases, like malaria and the bubonic plague. 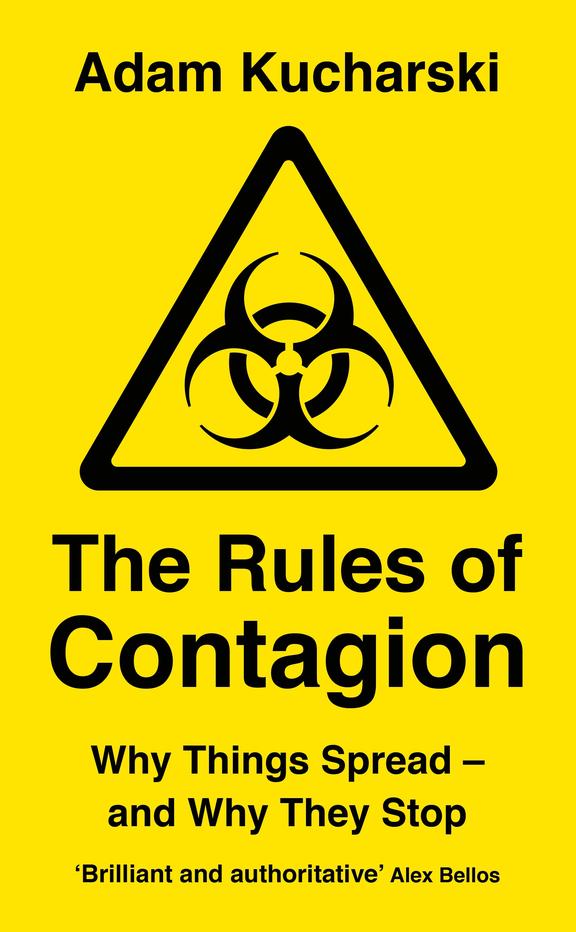 “I think that idea, that the density of mosquitoes, or perhaps density of people, can have an affect on transmission is an important one.

"Early on, before Sars caused an outbreak in Spring 2003, in late 2002 there were these small clusters of Sars cases and there’s a question that the virus hadn’t yet mutated to a point where it could spread, or it just happened to be in populations it couldn’t actually persist very efficiently and it needed to get to cities to really take off.

"We have to be aware of that – that something that might not look like a threat currently, but if it reaches the right population or the right density or the right situation we could see a very different outcome.”

He rejects the idea of herd immunity as an intrinsically failed concept, a situation to fall back on when the virus has been allowed to run riot.

“I really see herd immunity as something that happens when you fail to contain this kind of virus.

“In any situation with an emerging virus, if you can sustainably contain it you don’t have transmission and the impact that comes with it. We’ve seen New York, we’ve seen Italy, we know what happens when it overwhelms health systems. If we can keep cases down that’s always going to be preferable.”

His book details what he sees as crossovers between disciplines that can benefit from applying the principles of epidemiology to their own fields of study or expertise. These include a marine biologist applying his knowledge of fish populations to Deutsche Bank, and an epidemiologist in Africa turning his methodologies to crime reduction in Chicago.

Indeed, violence, Kucharski says, has an R number too and researchers have been finding ways of discovering what this is in various social situations.

“There’s been a number of studies of gun violence in the US and rather than thinking of these as random incidents they’ve tried to reconstruct the networks and interactions, for example, the retaliatory attacks between gangs and tried to estimate if you have one of these incidents how many follow-on incidents does it lead to.

“How much contagion do you have? The R number for one of these large studies comes out at about 0.6. So, it’s not the case that you’ve got this exponentially-growing shooting, but if you have a shooting it will spark some small additional clusters. Similarly to the amount of transmission we’re seeing from Covid in other countries it’s not raising necessarily but it’s stuttering along.”

Kucharski uses the analogy of biology moving away from bogus theories such as 'bad air' spreading disease, with a type of criminology that is striving to move away from a decontextualised 'bad person' viewpoint.

"A lot of the understanding of disease transmission was focused on the idea of 'bad air'… I think there was almost a kind of resignation that these things just happen and there’s not much we can do about them to intervene.

“I think a lot of these people working on violence realise, in some circles, there is this sense that these are random events and 'bad people' and there’s not much we can do about it, but they’ve realised through these community programmes that thinking about it like a public health programme - yes there are these extreme examples where not much can be done - there are predictable features, there are things driving transmission and that means you can intervene and do something about it. So, there’s a shift in thinking like there was with infectious diseases.”

He says these epidemiological principles have been applied in US cities as well as in Glasgow in Scotland to break the transmission of violence.

“Either being quite reactive, so if you have for example, a shooting or a stabbing and someone ends up in hospital, intervening through community programmes to try and prevent follow-on events.

“Then, more fundamentally, trying to reduce almost the idea of susceptibility – that within those communities trying to get a shift in norms away from those behaviours.”

There have even been calls for the US Centre for Disease Control to research gun violence as a health matter, something he says makes sense.

“One of the things I found quite striking researching the book was actually some of the people who were most keen to put the legislation in place that made it really hard for the CDC to research this, subsequently had a change of heart… and realised we do need to document these issues and it’s very hard to come up with sensible policies if you can’t answer basic questions as to why things are happening.”

Even the spread of fake news and malicious attempts at manipulating public opinion can be analysed, he says, by using four elements to determine the R number – duration of infection, opportunities to spread infection, transmission probability and susceptibility.

We can determine the extent to which fake news or messages of ideological hatred and manipulation have infected people by observing where, when and to whom messages have been sent online, he says.