Former policeman Joseph DeAngelo, the man known as the Golden State Killer, admitted to 13 murders and myriad other crimes in court last week in a plea deal designed to spare him the death penalty.

Pulitzer prize-winning investigative journalist Paige St. John of The Los Angeles Times lives in the same region DeAngelo terrorised in the 1970s and 1980s, and has reported on his life, crimes and trial, as well as making and hosting a podcast about him called Man In The Window. 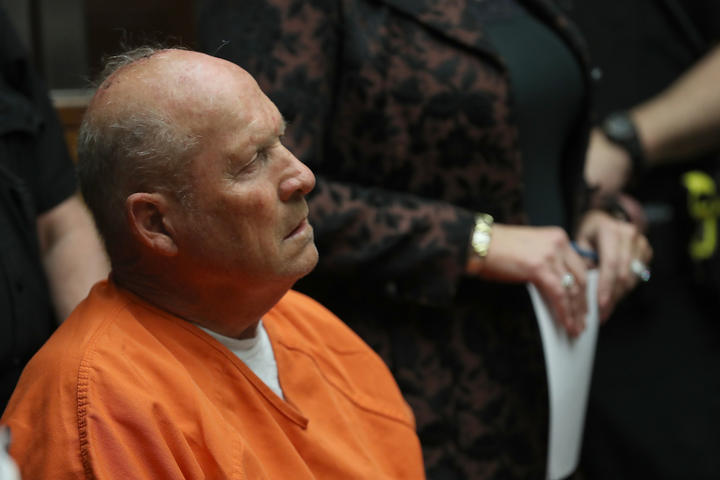 Joseph DeAngelo appears in court for his arraignment on April 27, 2018. Photo: AFP / FILE

Underlying all of the mistakes made in hunting down DeAngelo, a former police officer, is the attitude that existed towards women and rape in the 1970s, she told Kim Hill.

“These crimes began to occur right before the rise of the women’s movement in the United States, a push for a constitutional amendment, an equal rights amendment.

“It took eight rapes before they acknowledged they had one on the prowl, they would willingly talk to the public about it but even then, they would not tell the public details of these attacks.”

This meant DeAngelo was able to carry out “rape after rape” as the public had no idea about his modus operandi, she says.

“Without DNA technology and the tools that we have now, you had to basically catch him in the act to stop him.

“And without enlisting the public to look for him, and knowing what to look for, police were hamstrung from the beginning.”

The police never found DeAngelo despite him being arrested for shoplifting and being dismissed by the police in 1979. The items he stole, dog repellent and a hammer, were a red flag, she says.

“Detectives even at that stage were aware of a number of dogs that had been assaulted during attacks, but other dogs who just seemed to avoid the perpetrator. So, the can of dog repellent would have been a big clue.”

There were suspicions right from the start that the killer may have been a police officer. And police even took saliva samples from police officers to see if they could find a genetic trace.

But they only cast their net 20 miles away, DeAngelo was in Auburn California - 30 miles away.

“So, they were almost on the track but that’s another example of not going quite far enough with that suspicion.”

By 1983 he had committed 50 rapes and 12 murders and then he stopped - five years later a there was a final rape and the killing of a teenage girl.

There is much speculation about what might be behind this pause, says St. John.

“This is very interesting because when I talk to the forensic criminologists and psychiatrists who study serial killers they say in his mind he never stopped. He would have looked at trophies, he would have continued brutal, violent sexual fantasies in his head or he would have found other outlets, perhaps permissible ones - pornography or going to strip clubs and things like that.”

Another view comes from conversations she has had with the family members of other serial killers.

She spoke to the daughter of Dennis Rader the so called ‘BTK’ killer.

“She tells me that she thinks her Dad stopped because he felt he had control of that side of himself and stuffed it away.

“She felt the presence of children in the family stopped those crimes. Basically, saying there is a human side that is at war with the violent side inside that individual and a struggle for power within.”

Forensic psychiatrists, however, believe this is false, she says.

“They tell me the person is evil or violent 100 percent of the time and that the family man is an exterior show, a created cover, a disguise, just like a mask.”

DeAngelo in many ways was very similar to Denis Rader, she says. 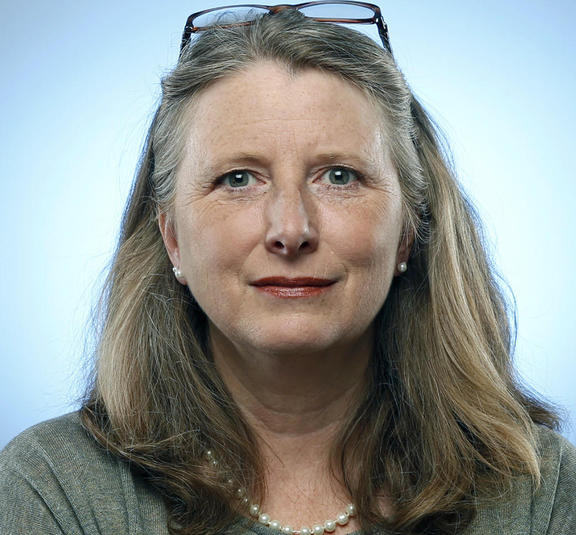 “He lived a quiet life in the suburbs. Neighbours would hear him cussing especially at 3am in his backyard at himself.

“And once he did leave a death threat on a neighbour’s phone about her dog barking and said he would kill the dog if she continued to let it bark.

“But other than those eruptions, there were neighbours who said this was a nice man who if he borrowed a cup of milk would return a gallon.”

It is possible DeAngelo had some kind of alter ego, she says. After his arrest he kept referring to a “Jerry.”

“Prosecutors say he was faking it, this was an attempt to start to set up an insanity defence, but other people that I’ve spoken to think maybe there was an alter ego and some internal battle.”

The plea hearing last week took a full five hours just to list all of the charges against DeAngelo, she says.

“Something remarkable happened. Victim after victim when their case was read stood up and faced DeAngelo and stood there silently while the charge against him was read.

"One woman walked right up to him and stared at him the entire time as her rape was being read and he kept his eyes down, he made no eye contact.”

St. John tells Kim Hill it was never her intention to make a crime podcast, rather she says it is a feminist podcast.

“I wanted to delve into the 1970s, what it was like for women at that time and for my daughter, she’s in her 20s and was completely unaware of where have come from.

“You talk about the MeToo movement now and these women who are now in their 60s and 70s, this was an entire generation of woman who don’t feel connected to the MeToo movement, who endured sexual assault, sexual attacks and kept it secret and felt ashamed by it. 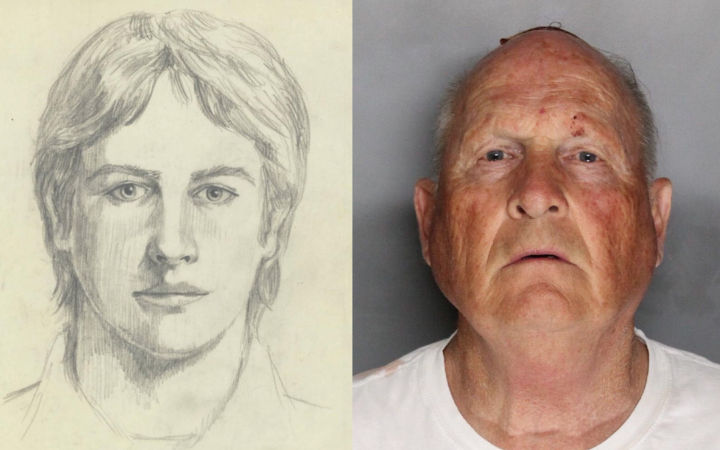