The normalisation of alcohol in virtually every setting and the advertisers pitch that it's glamorous is causing damage says author Lotta Dann. 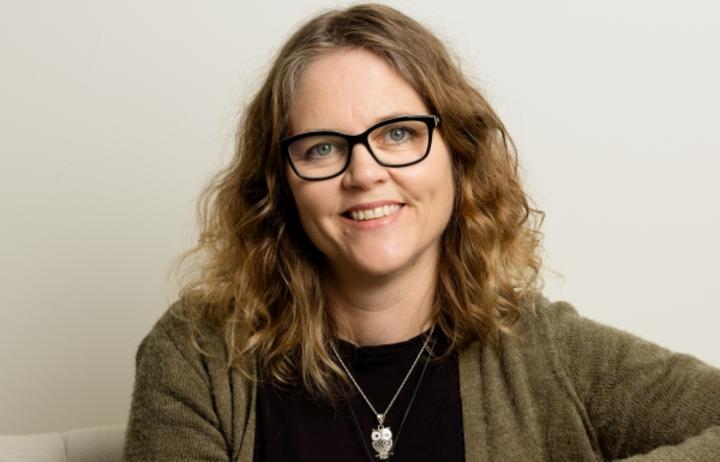 Dann quit drinking in 2012, after more than 20 years of being conditioned to believe that alcohol was a vital ingredient of a full and happy life. She started a blog about her struggle, Mrs D is Going Without, which drew a large community of mainly women, with similar issues.

The blog became a website, Living Sober, and a book, and another book. And now, Lotta Dann has gone political; her latest book is called The Wine O'Clock Myth, the truth you need to know about women and alcohol, and in it she tackles the liquor industry.

Dann says it's no surprise advertising and much of the media generally present alcohol as a delightful liquid with magical powers to make every occasion better, with no real down-side.

Are women more vulnerable to that pitch?

"No, I think everyone is, we're all vulnerable to be manipulated by glossy messages that tell us only good things. But women are particularly targeted and really damaged by the environment that we live in and the way the liquor industry is allowed to make all sorts of claims, and hide the truth.

"It can be a harmless liquid for people who can moderate it and control it, but for a lot of us it is not simple, and it is not easy. And my problem is where's our truth reflected in this environment? Our environment only pushes one side, and it doesn't have any acknowledgement that there is a dark side to this addictive drug, and that many of us do struggle to cope with it."

Dann isn't advocating alcohol is taken out of society, but says its place in society needs to reflect both the bad and good.

The book contains a selection of personal stories from women about their relationship with alcohol.

"People that can moderate alcohol genuinely don't know what it's like to have that fierce internal debate that keeps you stuck and miserable and battling. So we need to have those people understand, openly, that it's not simple for everyone."

The normalisation of alcohol in show biz and movies, pervasive advertising, social occasions designed around it, and its presence in the supermarket are things that could change, she says. 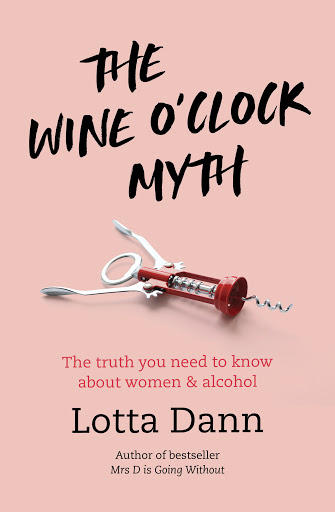 "Our environment enables and denies the fact that it's so bad, because it's everywhere.

"The supermarket is a minefield for people who are struggling and trying not to drink, but it's also the message that it sends; it sits in the supermarket all sweet and innocent twinkling away; 'I don't know what's wrong with you, here I am next to the haloumi cheese'."

Meanwhile the picture painted of alcoholics tends towards stereotypes of people who falls over into gutters or crash cars. Dann was a functional alcoholic, working on her masters, raising three children, going to the gym regularly and managing a household, and she receives messages almost every day from people who say that while they may look fine on the surface, underneath they're not coping.

"The problem with the environment we've created is that it's really shaming for people [to talk about struggles with alcohol], and it makes them feel like they're alone and they're the only one, and so it makes it hard for you to put your hand up.

"I felt weak, and I felt very alone. And I was in a good marriage, surrounded by lovely friends, yet my battle was so hidden because it was internal. I really did feel that there was something wrong with me - and there's nothing wrong with me. I got addicted to something that is addictive, that doesn't make me weak or a bad person.

"I want to have this environment that acknowledges it's not easy for everyone, so people struggling are enabled to say 'I'm actually one of those that are struggling', and then they get more support and understanding."

Many find when they admit they are an alcoholic friends cut them out of social occasions that involve alcohol, which alienates them even if it was done with the best intentions to not expose them to the temptation.

"And so even though they're at the point where things are getting really bad and they know they maybe need to change they fear losing their mates. So if you know there's someone in your friend group who is struggling, try and organise some things that aren't centred around booze. It sounds really simple, but it can be a really powerful supportive thing do." 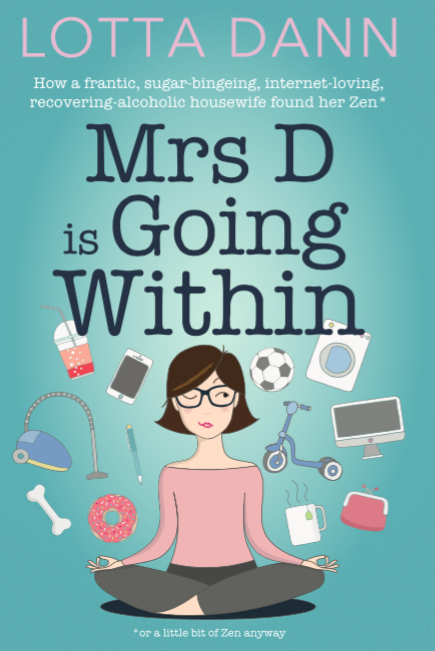 Alcohol labels should include more warnings, she says.

"It's a cancer-causing poison diluted with sugar and other flavourings, to make it palatable and wrapped in fancy packaging. That's how I see it.

"I talked to the epidemiologists and they've told us the science is clear, it does [cause harm].

"[If it's on the label] people can make informed decisions, because at the moment our discourse is 'you can look after yourself by managing your intake', as opposed to 'this product is inherently dangerous, any level of intake is dangerous' - so we need the facts so that we can make proper informed decisions."

She hopes widespread change is possible.

"There's work to be done, in order to really get change, and for politicians to make brave moves to put the toothpaste back in the tube, we do need a groundswell of support from a lot of New Zealanders - not just those who are struggling, but those who are moderate as well.

"And that's what I'm hoping this book does; open the eyes for people who are casually drinking that are decent people, and who go 'you know what, I can hear what she's saying, I've got a friend, or I know someone who is struggling - I don't mind if it goes out of the supermarket, or I don't mind if I don't constantly get ads in my Instagram saying how good it is'."

Part of the change in mindsets that is needed is realism in accepting alcoholism is part of the kaleidoscope of human experience, she says.

"To understand addiction is to understand it's not as simple as to control yourself - if only it were that simple, if only I could have just said 'I'm only going to have one', and only actually had one. Addiction and the human brain doesn't work that way.

"I think women need to stand up and say enough of manipulating me, I'm amazing and powerful and emotional and messy and that's all great and I don't need to numb myself in order to be.

"I want an environment that conveys the truth about this drug - which is that it isn't simple for everyone."