Can a garden be an artistic medium? Curator and writer Mary Kisler examines the gardens of three well-known artists - Cedric Morris, Derek Jarman and Andy Goldsworthy - to see what we can learn about them and their work. 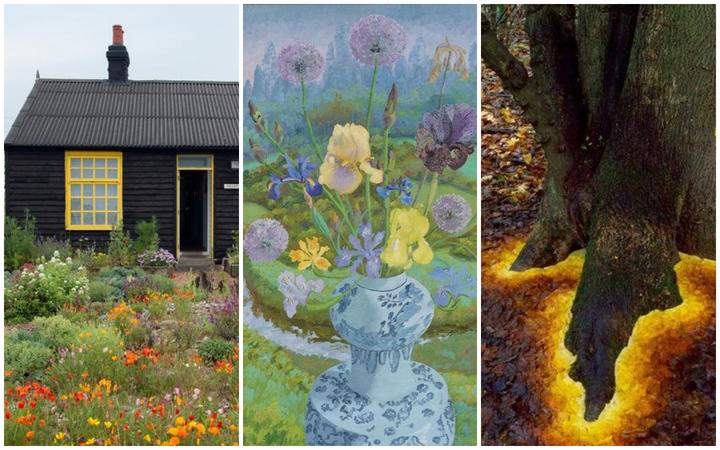 “I chose these three artists because they spanned a form of development in what you could call landscape art in the 20th century.

“Each of them has threads that link into the next, but they are incredibly different as well”, she told Kim Hill.

Cedric Morris struggled for recognition in England, she says.

“There was a sort of move against modernism, people didn’t understand it. But he had this other thing, he became a very, very famous iris breeder.

“And of course what he grows becomes the subject of his paintings.”

Morris created a garden at Benton in Suffolk, which was popular with artists and plants people alike, she says.

“He was very funny about colour, apparently he hated salmon pink he said it was knicker pink and he would breed a flower that was salmon pink, but he liked near black or gun metal grey.”

“Jarman really became a gardener after he was diagnosed with Aids and he bought Prospect Cottage down in Dungeness in Kent.”

Dungeness is particularly bleak in winter and Jarman set about creating a garden in the shale that surrounded the cottage, she says.

“Prospect Cottage is a black, tar-painted cottage with yellow windows.

“He has a planted garden at the front of the house and then it gradually bleeds out into the shale.”

Jarman created something that would last, and metamorphose, even though his days were numbered, she says.

“This thing that he could create something, knowing that he was going to disappear.”

Andy Goldsworthy is a British sculptor who has created remarkable art in his Dumfriesshire garden.

“I am absolutely transfixed by his work, he’s not a gardener he goes into the landscape and creates art out of what he finds.”

He has made sculptures from fallen branches, she says.

“In 1986 where he went into a wood and took some of the fallen branches and he wove arches and he wove this circle and it’s this fantastic sculpture which will stand for a s long as it can stand.

“He’s working with the material but he’s not dominating it.”

In another work, Ephemeral Land Art # 1, he arranged fallen autumn leaves around a tree.

“He’s gone into the woods in autumn and he’s collected different tones of leaves and then he’s placed them almost as like a little sea around this gnarly old tree trunk.

“It takes one field mouse, or a flurry of wind and this sculpture is gone.” 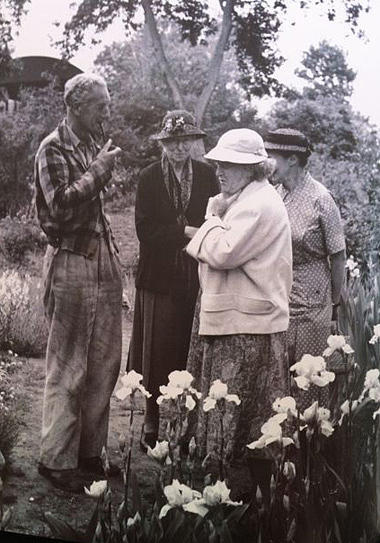 Cedric Morris and visitors in his garden, Benton End, Suffolk. 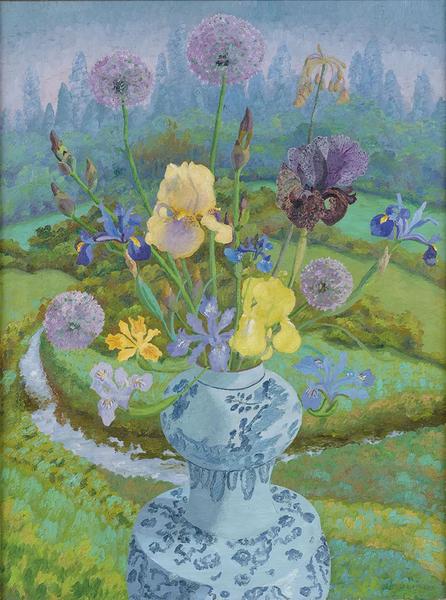 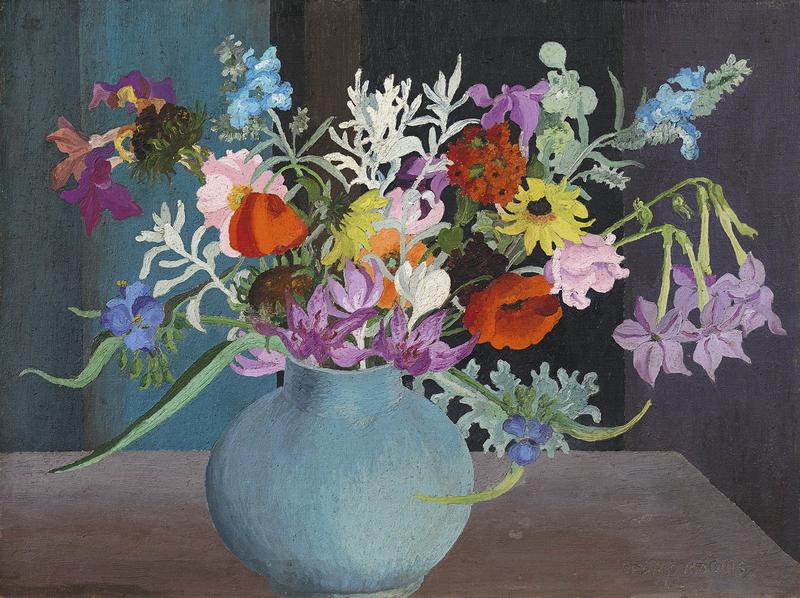 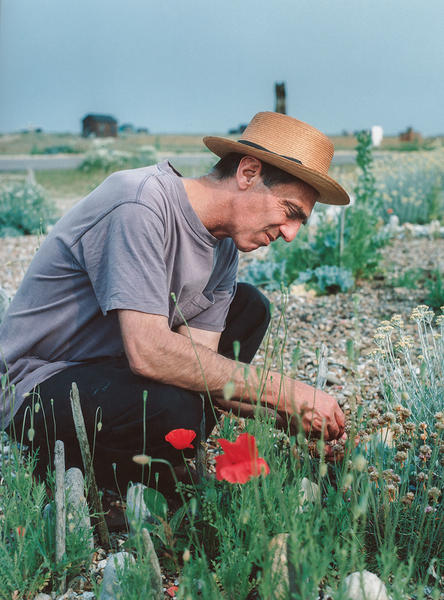 Derek Jarman in his garden at Dungeness 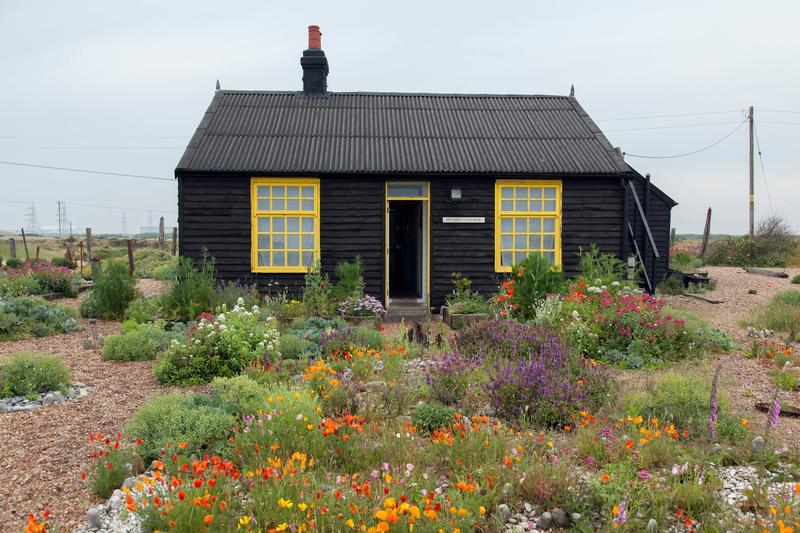 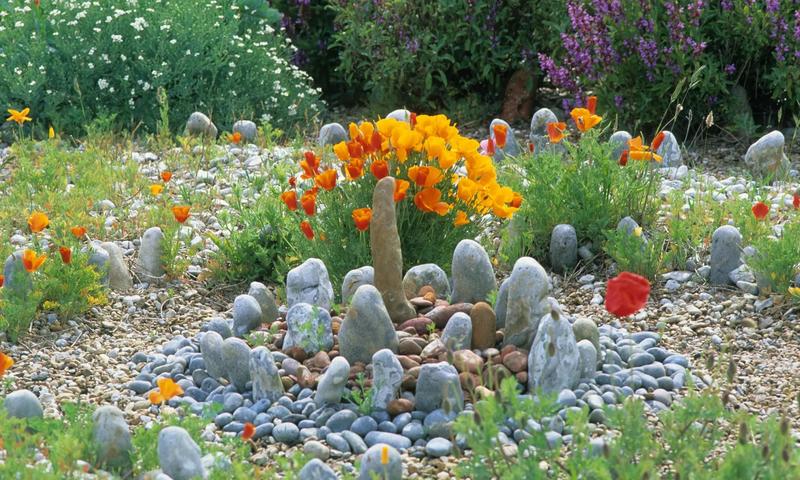 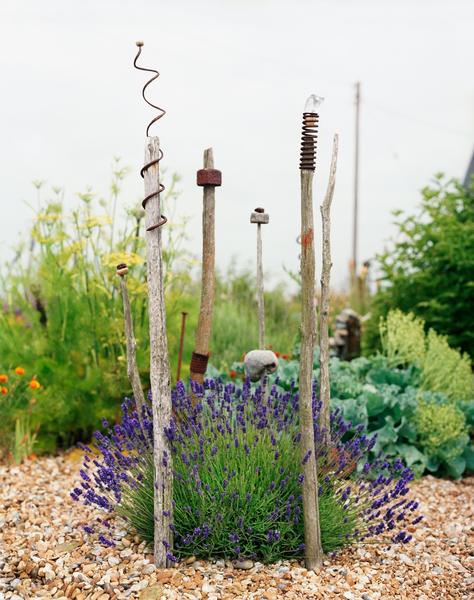 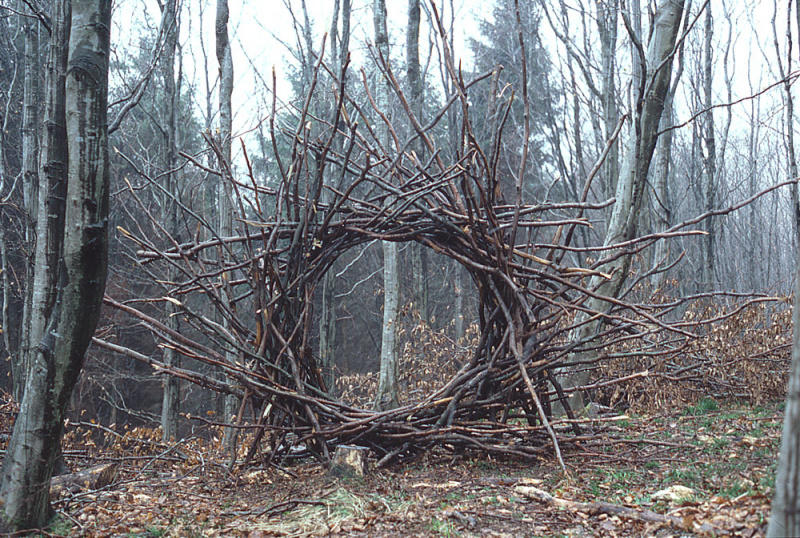 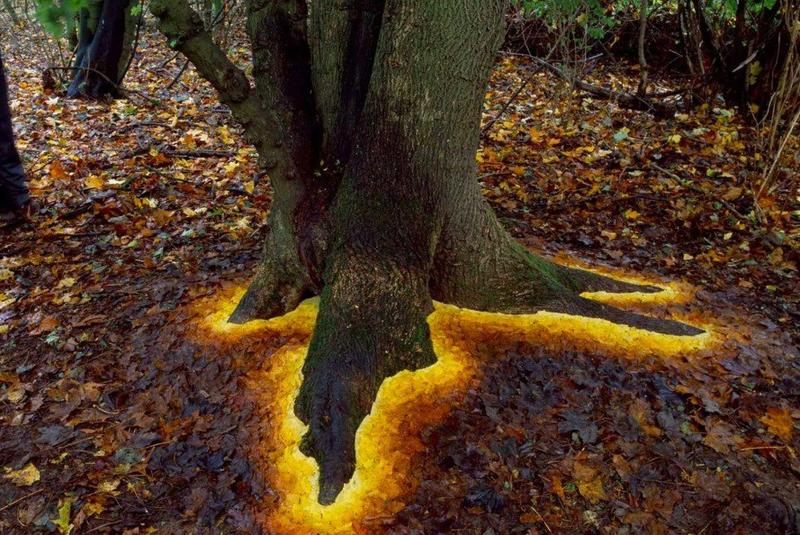 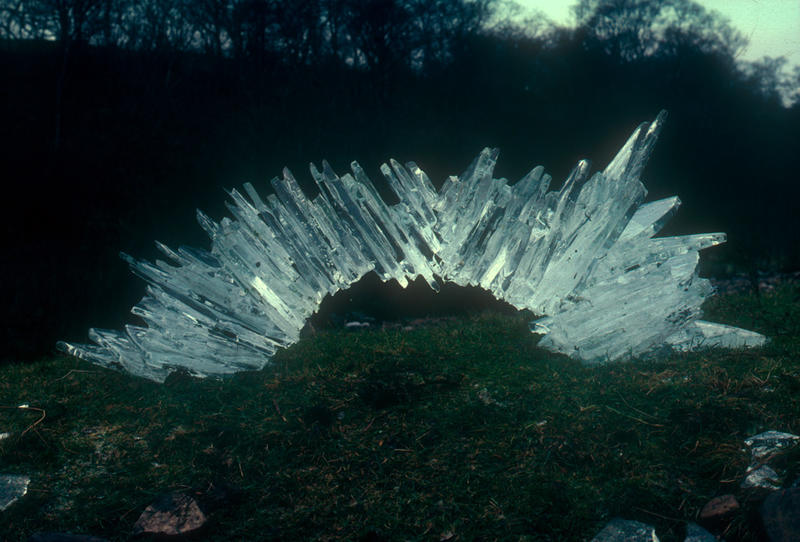 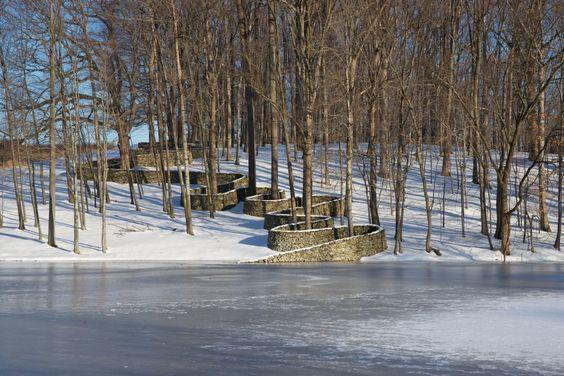