Health care workers are experiencing an “almost post-traumatic stress” after feeling terrified in the face of the Covid-19 pandemic, a leading anaesthetist says.

Dr Vanessa Beavis was on the frontline of the planning and preparation that took place in New Zealand hospitals as they readied themselves for Covid-19 patients.

A consultant for Auckland hospital, she was tasked with preparing the staff there for the pandemic, and she is also the new president of the Australian and New Zealand College of Anaesthetists (ANZCA).

Staff were extremely anxious about getting sick themselves, and the stress was amplified by all the planning and uncertainty involved, she told Kim Hill on Saturday Morning.

“We've had people who were afraid, for example, that they were going to end up as single parents because they, their partner was one of our workers, or people who had people in the vulnerable age group that they lived with, or looking after elderly parents, something like that.”

Auckland DHB ramped up its Covid-19 preparation in mid-March after seeing the effect the virus was having overseas, she said.

“Tales from our colleagues overseas and our formal and informal networks from UK, you know, America all over, [were] just completely overwhelming.

“One morning everything looked kind of under control. And by the end of the afternoon, 18 patients had to be intubated, and overnight, another 50. And so we thought we were facing the apocalypse. And we had to start, you know, trying to get our systems in place for that.” 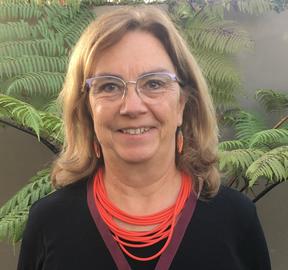 But a “tsunami” of conflicting information from credible sources made it hard to know what to believe.

Dr Beavis said it was “almost paralysing” how much work needed to go into getting the hospital ready for an influx of patients.

They had to ramp up personal protective equipment (PPE) training, including making Youtube videos in case not everyone could be trained in person, turn operating rooms into training rooms, and then also work out the logistics of where staff could stay if they had to go in isolation.

While some staff had tested positive, hundreds who had been tested returned negative results.

Dr Beavis said an enormous amount of work has been done to prepare for Covid-19, which will hopefully be useful if there’s another pandemic in the future.

Thankfully, the situation in New Zealand didn’t turn out to be anything like they feared it could become.

“We had just been working in such a fluid environment and now it's almost like post-traumatic stress, although it's not over, the level of anxiety has gone down or frenetic activity, but people are still extremely anxious, and it's a very fragile workforce.”

While Auckland DHB had enough PPE for now, there were concerns it could run short of some drugs, Dr Beavis said.

The general anaesthetic propofol and painkiller fentanyl were among the drugs that could potentially be harder to get, she said.

Global shortages were part of the problem.

“We can't manufacture because our workforces had to be in isolation. And some of it is supply chain problems. And then, some of it is because other people are better payers and bigger markets than us.

“But Pharmac, I have to say, is on top of it and are working really, really hard to give us a secure supply. So, if they can't do it, it's not for the want of trying, that's for sure.”

Drug shortages were a particular concern as the hospital was trying to catch up on elective surgeries – which will take a long time, Dr Beavis said.

“We’re probably about 2000 patients behind on elective patients. If you think that we do approximately 1000 general anaesthetics a week or provide anaesthesia for about 1000 patients a week. Theoretically, that would be about two to three weeks, full time 41 operating rooms working just on the catch up numbers.

“Now clearly, we're not going to be able to do that it will just be a question of expanding what we already do. So it's going to take some time.”