The author whose memoir was the inspiration for acclaimed Netflix series Unorthodox says the Hasidic community holds huge political sway in New York and that outside pressure to reform only further radicalises its core members. 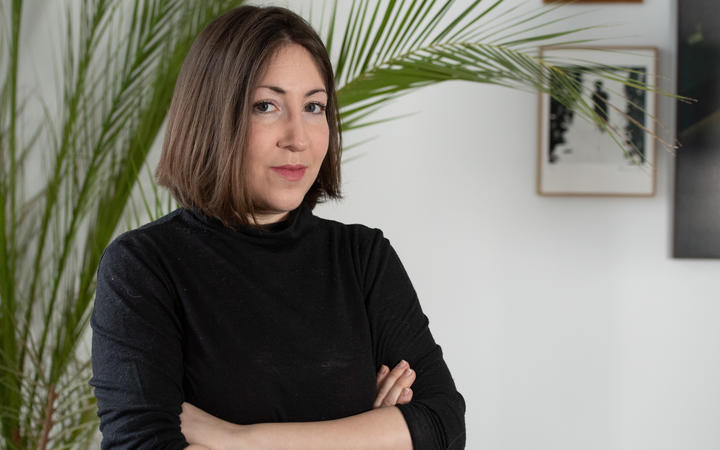 Deborah Feldman was brought up in the ultra-orthodox Hasidic Satmar community in Williamsburg, a neighbourhood in the borough of Queens.

She escaped and wrote Unorthodox: The Scandalous Rejection of my Hasidic Roots, which discusses her upbringing and her painful transition into a new world of freedom and gradual happiness. The book was also cleverly used as leverage to win a legal agreement allowing her to take her son from the enclosed community too.

Feldman told Kim Hill on Saturday Morning that the Hasidic community’s orthodox rules had become more rigid and strict since her childhood.

She expressed the view that the wider Jewish community remained deeply embarrassed by these sects, but instead of addressing the issue had looked the other way and failed to embrace and help those leaving in increasing numbers.

Her critique has been criticised for offering anti-Semitic elements ammunition to attack Judaism in general.

“In general, the Jewish world and in particular the orthodox Jewish world, is very uncomfortable whenever the spotlight to pointed on the most radical aspects of Judaism because they have worked really hard to live their lives in such a way that they don’t have to think about these communities.

“One of the great ironies of my own experience was leaving my communities and discovering that the people who were most prejudiced against me were other Jews and that’s something that is shown really well in the Netflix series, where 'Estie' leaves and meets an Israeli character who is more secular, but who knows enough about the world she comes from to basically tell her 'you're never going to make it, you're just baby machine'.”

The series tells the story of a Hasidic Jewish woman in Brooklyn who flees to Berlin from an arranged marriage and is taken in by a group of musicians — until her past comes calling.

“This is very accurately reflecting the experience of many people that leave, that the Jewish world resents them for leaving, resents them for reminding them that these communities exist, that also in the name of Judaism oppression can happen. It basically says to them that they are abdicating a certain responsibility that they might have…

“What’s amazing to me is, going out into the non-Jewish world, that is where I’ve experienced the most acceptance, because people just do not know enough about where I come from to judge me negatively.”

She says if Jewish leaders could use their agency to change these communities there would no longer be a huge need to bring stories like her's into the public arena.

“The solution is never to stay quiet and keep pretending that these problems don’t exist.”

Exposing the rigidity and lack of freedom within the Hasidic faith wasn’t the only motivation for writing her book. Winning custody of her son was the main driver.

At 23, emboldened by classes at Sarah Lawrence College, she left her husband of six years and the community for good — taking her three-year-old son with her.

When planning her escape from the community she was introduced to a lawyer who had worked on similar case in 1980s.

The lawyer advised that there was no way to win legal custody as the Hasidic community always worked the system to their advantage, but one thing she found was they hated the spotlight.

“I wrote my book for very practical reasons, to secure custody… I remember on the day of publication of the book I was to go on the TV show, The View, with Barbara Walters, with 12 million viewers in the United States. I told my lawyer to communicate to the other side that if the papers were not signed by that morning, I was going to go on TV and tell America everything.

“Literally 10 minutes before that interview my lawyer rang and said the papers had arrived. So, it was really the case that what my lawyer had promised me had come true.”

Her own mother had also left the community, having cultivating some links to the outside world, but was unable to achieve what Feldman had – the legal power to take her child with her.

Feldman was taken in by relatives after her mother’s departure, with her mentally disabled father unable to look after her.

Her mother, of German Jewish Orthodox stock, had travelled over from the UK after an arrangement for marriage was secured, although the bride-to-be was left unaware her husband would have the mental age of a seven-year-old.

Finding herself completely isolated, she quickly fell into deep depression, and was controlled by psychotropic drugs.

Feldman says she had been given the impression her mother had simply abandoned her, but later realised how limited her mother’s options had been. She held no resentment towards her. “Her suffering was much greater than my own.”

This empathy is even extended towards the Hasidic community itself, which she says were partly products of the Holocaust, their inwardness and radicalism a collective response to horrific trauma. 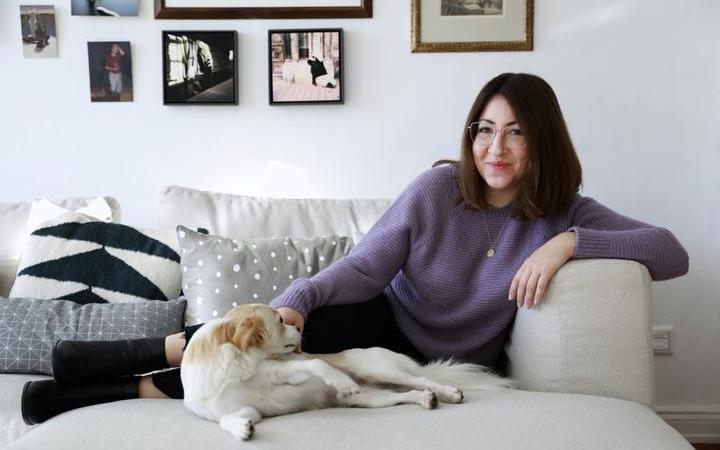 Her relationship with her mother remains difficult.

“One of the ways she survived was repressing the past and living in present. We have different ways then coping, which makes it difficult to relate,” she says.

If there existed any type of resentment, it could be on her mother’s side. Seeing the author with her son served as a painful reminder that it was possible to leave with children, something she couldn’t do.

The new freedom Feldman experienced when she left didn’t automatically equate to happiness.

Many experience this when they enter a foreign world that pulls them away with the allure of a new life, but then offers little in the way of purpose or meaning.

For Feldman, her son offered purpose – the desire to give him love, freedom and knowledge. Literature too remains central in her life. She is currently working on a new novel using the medium of German, a language she finds more expressive and linguistically rich in meaning.

Her family’s response to her book had been profoundly negative, but had vindicated her decision to go ‘no contact’, pursue her life and maintain a physical distance from them.

"When the book was published in 2012 their response was furious. They said I should commit suicide, that they'd already prepared a grave for me and that they couldn't wait to dance on it.

“I have to admit these letters were actually a form of affirmation as they reminded me that this is the kind of family you have to leave. Real family was something I was going to find for myself and that wasn’t the kind of family that only accepts you perform a role exactly the way they proscribe it.”

The many groups within the Hasidic community trace their roots back to a revival movement in Ukraine during the 18th century, proclaiming Judaism as revolutionary new mysticism, one that didn’t rely on text, and emphasised individual faith.

They held that God demanded Jews follow three rules: Do not seize Israel back by force and wait for God to deliver it after atonement for sins; do not be assimilated to be like other nations; and submit to oppression when in exile.

Believers held that God would send one last warning and final chance to atone, with some holding the Holocaust to have served that purpose, as well as it being a punishment for the sins of Zionism.

Men are only there to tell the story, and it’s the women who act out the story, who make the story real

Community members in New York also held that God had allowed them to survive the Holocaust to give them the opportunity of repopulating the Jewish nation.

Feldman’s grandmother had 11 children, and had made her feel she was valuable for only producing babies.

During her studies outside the community Feldman said academic feminism hadn’t meshed with her in a way that readily allowed her to understand her oppression.

“All of my experiences of oppression were at the hands of women and women very empowered to make decisions. They were not forced by anyone to oppress me,” she says.

“So, in my community the women are more powerful than men, who are sitting with their books in the synagogue. Women are the engine of that community… fuelled by belief.”

The way the community interpreted the concept of feminine purity was used as a tool of oppression, with women considered impure and unworthy of touch for two weeks, during and after menstruation. 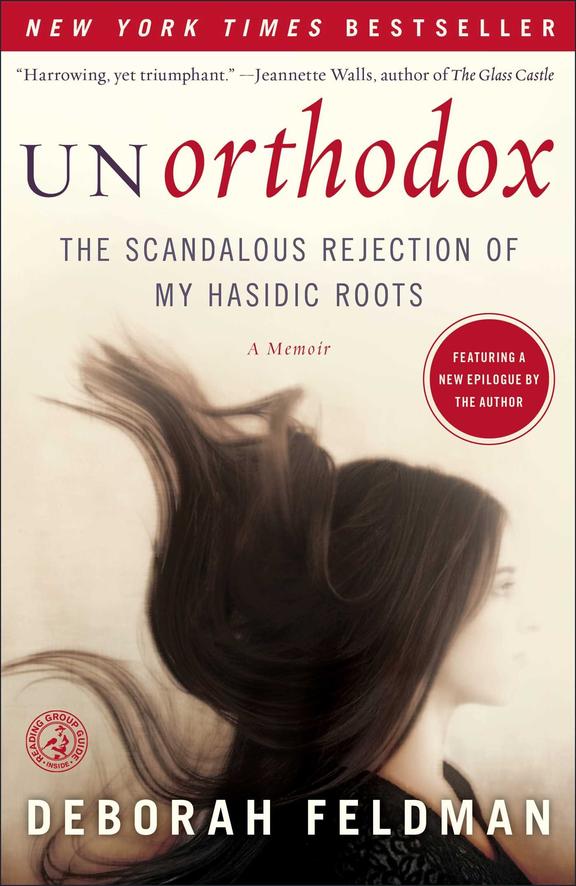 The rigidity of the faith had increased since her childhood, also observed by the increased length of skirts deemed suitable for females.

Feldman argues that modernity and an increasingly permissive liberal attitude in society had seen a dual effect on the faith. Although it had increased the numbers of members leaving, this also had the effect of  further radicalising remaining core members, seeing them shift to even more strident positions.

“What tends to happen is you have all this pressure from the outside and you have people leaving who are talking about what’s happening and pushing for change. As a response two opposing forces take place. The community becomes more radical, more strict and closed off as a response to these pressures, but as a result the people who were standing at the margins feeling they only just about fit in, they become squeezed out by these constricting mechanism.

“So as a result of this pressure you have an enormous amount of people being forced to leave, but then you have a core of the community becoming even more extreme."

Another converse aspect of the Hasidic position is that, although closed off from society in many ways, they yield enormous political power with their bloc vote locally.

“In New York, in terms of local politics, they wield an extraordinary amount of power because they vote anonymously and they vote with every vote they have, which means that no New York politician can make it into office without the community, which means there is always some kind of trade.

"It means this community is in every way an exception, who do not have to follow New York laws, they do not have to guarantee their members any kind of civil rights, because if a politician should have a problem with them, they would be out of office.”

Feldman says the United States constitution offers an ideal home for sects and enclosed communities, guarantees rights to operate and exist, even at the expense of their members.

“America is rampant with radical religious movements… This is the kind of community that can prosper and thrive in America. This is an American story.”

She says she wants to open dialogue and build bridges and understands that starting these conversations can be painful, but that things can’t continue to be pushed under the carpet.