It will be very difficult to eliminate Covid-19 completely from circulation in New Zealand when so many cases are believed to be asymptomatic, a leading UK virologist says.

Dr Chris Smith, consultant clinical virologist at Cambridge University and one of BBC Radio 5 Live's Naked Scientists, says he’s been talking to lots of virologists and vaccine experts in the last few weeks and they are very sceptical. 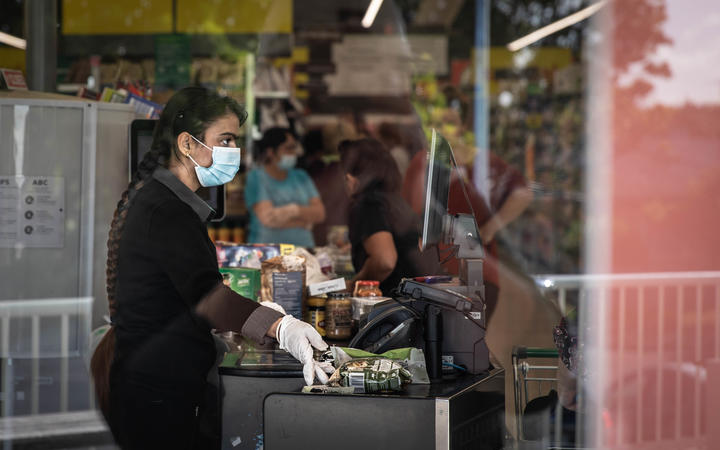 “Most people are of the opinion, given how well optimised this new coronavirus is, it has a really high prospect of becoming another circulating coronavirus and causing seasonal infections and cold-like symptoms or in rare cases more severe outbreaks, because by the time that presumably happens the vast majority of us will have become immune to it either because a vaccine has been invented or because we've become naturally infected with it.”

But he believes it will take an extended time before a vaccine is ready and in the meantime many countries won’t be able to sustain lockdown measures, and the disease will resurge as a result.

It will be particularly difficult for poorer nations to keep imposing restrictions and sustain social distancing, he told Kim Hill on Saturday Morning.

"So it's not a given that these measures will control this in many parts of the world and we'll end up with the virus resurging in many ways in many places so it will be very difficult to keep it out of countries even if we do achieve suppression very effectively at home."

He supported the UK’s decision to extend its lockdown for at least another three weeks, saying the benefits of lockdown were only just starting to be seen.

The virus’s cycle can last about a month from the time someone gets it, it incubates, the person becomes unwell, then badly unwell, and possibly dies.

That is why it was important control measures remained in place for some time.

New Zealand’s Cabinet will decide on Monday whether the country will remain in alert level 4 from midnight Wednesday 22 April or move to level 3.

Regardless of whether the country downgrades its alert level, New Zealanders are advised to stay at least 2 metres from people outside their bubble.

Dr Smith said he believed social distancing would be needed for the foreseeable future, until a vaccine is available, or the entire population was immune.

But he said 2m was probably too close.

An experiment he did with the Naked Scientists several years ago showed snot particles projected by a sneeze could fly at a speed of 100kmh.

"One hundred kilometres an hour is pretty fast and if someone sneezes the particles are going to be way beyond 2 metres and in [less] than the time you can say 'achoo', so people won't have the time to get out of the way and if you fill the air around yourself with millions of virus particles then they're just going to hang around in the air in their millions and someone's going to come and breathe them in."

There was no way to create a ‘safe environment’ unless it was proven everyone who was in contact with others was healthy, but social distancing was the best thing we could do to minimise the risk of infection, he said.

As for those particles left behind from a sneeze to linger in the air? They stay there for hours, Dr Smith said.

"Those particles will drift around in the air for hours, so if someone was in an area where they were being symptomatic for a protracted length of time, they're slowly going to increase the amount of infectious material in the air, aren't they.

“And so there reaches a point where they have significantly boosted the infectivity of a patch of air when people go through it.

“So I don't think it's as simple as saying it's 2 metres because viruses don't come with tape measures."