Steven Taylor: the psychology of pandemics

Professor Steven Taylor is an Australian academic who's been living in Canada since 1988. On 1 December 2019, just a few weeks before the full scale of the novel coronavirus outbreak became apparent in China, he released his book The Psychology of Pandemics: Preparing for the Next Global Outbreak of Infectious Disease.

A professor and clinical psychologist in the Department of Psychiatry at the University of British Columbia in Vancouver, he also has a clinical practice in the city specialising in mood and anxiety disorders. 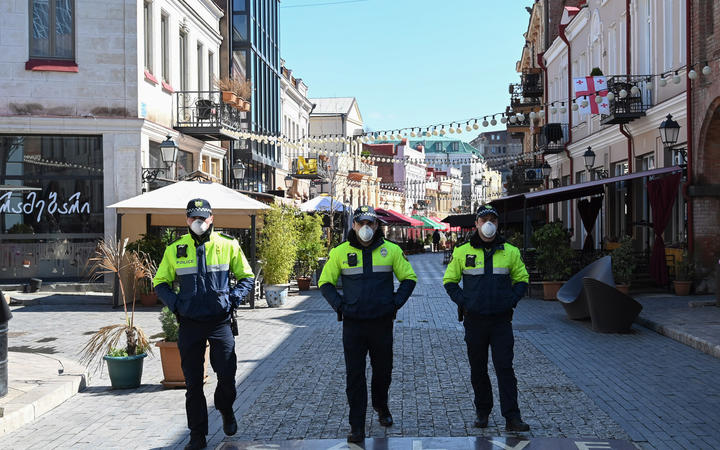 Regarded as an expert on the psychological reactions prompted by pandemics, he's interested in the interplay between individual anxieties and how these can spread to group behaviour.

Meanwhile, he's just been asked by the Canadian government to conduct research into self-isolation and its psychological impact. As well as toilet paper-seeking behaviour, he's also noticing another social phenomenon: people flouting meeting restrictions to attend pubs and coronavirus parties.

Fear, he told Kim Hill, is contagious, which accounts for the panic buying we are seeing around the world.

“People need to at least have the illusion of control, the idea that they're doing something to protect themselves and their families.

“If you walk into a supermarket and everyone is running around like a headless chicken grabbing all that they can, you're going to start to wonder, oh, man, this is really dangerous. I better start stockpiling.”

The way to avoid that kind of behaviour is to inoculate yourself, he says.

“If you're going to go into the supermarket, you need to prepare yourself; I'm going to go in there and there's going to be panicky people, that's going to give me the urge to act panicky and I just need to engage my brain and think carefully ask myself, what do I really need in the supermarket? So, you don't get swept up in the mass panic.” 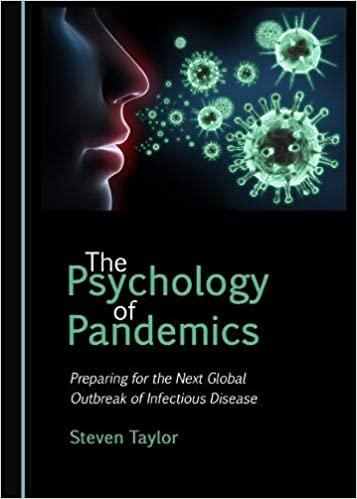 The other side to the anxiety coin is under-reacting, he says.

“A lot of people under-react to the pandemic. They had to close the pubs here in Vancouver, because a lot of people were flocking to the pub - these were people who thought Covid-19 was no big deal.

“They saw themselves as impervious to infection. And so, they were out socialising and, and actually those sorts of people were contributing to the spread of disease. So, you will get quite a number of people who see themselves as immortal and don't adhere to social distancing and things like that.”

While the publication of his book might seem uncannily prescient, he says a pandemic was always on the cards.

“I knew a pandemic was coming, I just didn't know it was coming so soon.

“A couple years ago I kept coming across these news articles predicting the next pandemic and they were reporting predictions from virologists. And I started getting interested in it, the more I looked at it more I realised that psychology was really important in the spreading and containment of disease and distress, and that no one had put it all together.”

A new pandemic was, he says “inevitable".

“We've had several every century and they seem to be getting more prevalent simply because people are so mobile these days, which makes it easy to spread infection.

“And so consequently, it was just a question of time.”

The current pandemic is an opportunity to prepare for the next one, Dr Taylor says.

“There will be another one after this is, it's inevitable.

“We've been myopic, we haven't really learned properly the lessons of past pandemics. When one pandemic passes, we turn our attention to other things and we need to learn the lessons from Covid-19 to better prepare ourselves to deal with things like panic buying and other sorts of phenomena.”

His main concern now is for people who were isolated before the outbreak.

“I am concerned about senior people, people over the age of 65, who might be self-isolated and not connected to friends or family, people who might not have internet resources, and I think they're the people we need to reach out to.

“Back when SARS was around, there was research showing that there was a spike in suicides of people over the age of 65. The people who will most likely to kill themselves were socially isolated, lonely and worried that they might be a burden on people around them.

“It's risky to compare SARS with Covid-19 but nonetheless, we should be cautious and make sure that the most vulnerable people in our community are taken care of.”