Life after COVID 19 - how the pandemic could shape the future

How will the ongoing global upheaval over the novel coronavirus outbreak shape our future lives?

He's also the author of End Times: A Brief Guide to the End of the World. He's been thinking about Covid-19's future impact on the economy, politics and the workplace. 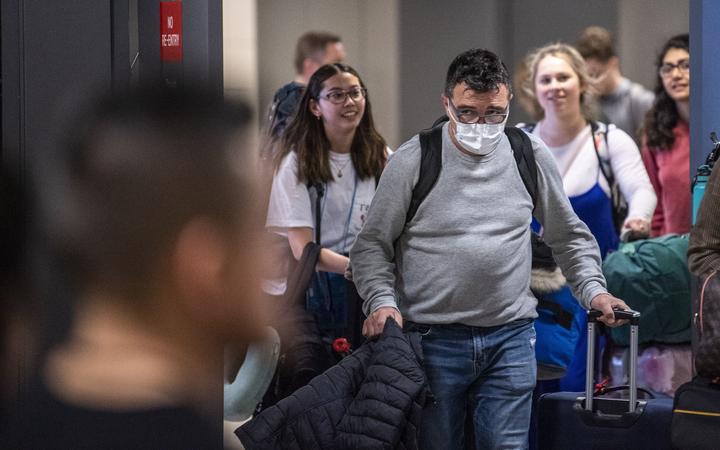 Previous pandemics have profoundly re-shaped society, Walsh says. The Black Death in the middle ages had perhaps the greatest impact on society.

“The Black Death is still the greatest, or worst, I suppose. disease outbreak we've had in human history, by some estimates, it may have killed as many as a third of Europe's population during the 14th century.

“The impact of that, of course, was suddenly far fewer workers. And that eventually led to an increase in wages for those who were still surviving, which then in turn, helped push towards labour-saving innovations in part to cut those costs. And then also, in turn help lead to the end of feudalism.”

Although devastating in terms of the number of people who died, the Spanish Flu outbreak in 1918 had fewer society-level impacts, he says.

“It's something historically that tends to be forgotten, in part because World War One was happening at the same time. But I think if anything like that would happen now, in a much more globally interconnected world, the damage the history would be far greater than what we saw then.”

The Covid-19 outbreak is demonstrating the negative impacts of a globalised world, he says.

“The last couple decades or longer have been defined by increasing freedom, for the most part of movement of people, movement of capital, and that's had a lot of positive effects in terms of alleviating poverty in much of the world.

“But we're now seeing in some ways, perhaps the negative consequences of that more interconnected world - it means that diseases can spread much more quickly.”

And despite huge advances in medical knowledge, we are forced to respond in much the same ways as we did to previous pandemics, Walsh says.

“Despite all our medicine, despite all the technology we have at our disposal, we're really back to what our ancestors would have had in terms of dealing with these kind of diseases - just stay away from each other in an effort to slow down its spread.

“And I think this will likely last for months. And I can't imagine that we'll go back to the same world that we had before this disease began.”

Covid-19 is unlike the SARS which although deadly, was less contagious, he says.

“Once we figured out how it was transmitted, it was fairly easy to slow and then ultimately contain and snuff out. That's not possible with coronavirus, maybe was never possible, but certainly given how slow we were to respond to it, it's definitely not possible now.

“And the impact we'll see from this is going to be far greater than what happened after SARS.”

A lasting effect economic effect of Covid-19 could be on how supply chains are managed in the future, he says.

“In the era of globalisation and freedom of movement that we had before a big part of that economically was the ability to build long, complex supply chains that prioritised efficiency and low cost most of all, obviously China was a huge beneficiary of that.

“But I think what you'll see from talking to people now is that you'll look to build supply chains that are more resilient, which means they're capable of responding to disruptions. And those disruptions aren't just pandemics, - climate change, and natural disaster those will only worsen over time. And you need a supply chain that is as resilient as possible that will not be shut down by an external event if you can.”

That could mean moving production closer to home, he says.

We have technology like 3D printing that might allow companies to actually make many of the components they might need on their own, which would really change things hugely, he says.

“I do not think we'll go back to the era of just these incredibly complicated supply chains because we've just learned how vulnerable they really are to disruption.”

Geopolitically, China could come out of this better placed than the US, he says.

“What's been happening with China since the coronavirus began is really quite remarkable. If you look back during January when the outbreak was at its worst in China, there were some commentators who wondered could this even mean the end of the Communist Party or certainly something that would loosen the grip of the Communist Party, because it clearly permitted that disease to get out of control initially.”

But after a slow start China got on top of the problem.

“Now, of course, through incredibly draconian means that I don't think you could really duplicate in any democracy like the United States. They have apparently brought it under control, and they've somehow turned what was a huge mistake into what looks like a propaganda coup that only grows with every day that the US, for instance, continues to fail really, to respond to this.”

China has jumped to the forefront of how to deal with the Covid-19 outbreak, he says.

“It's really hard at this point, at least to look at those two countries and wonder who's the true global leader. Right now, China's actually out sending medical aid to Italy and meanwhile, here in the US we can't seem to get it together to figure out how to protect ourselves.

“And I think that's something that could last really, you know, the country that ultimately responds best to this horrific event, that's going to be a huge victory going forward.”

“It's really necessary that we come together, as we figure out how best to stop this, how best to slow it, because of course, because the disease is contagious, if it spreads out of control in one country, it does represent a threat to every other country.